What causes polarisation of Malaysians?

So when the best advice that can be dished out to create a happy country is for its people to tolerate each other, then we are in deep trouble. It means that we just pretend to accept each other when deep down, we hate each other.

That shouldn’t be a basis of how citizens of a country are supposed to get along with each other. Instead of tolerating each other, what we really need to do is to understand and accept each other the way we are.

I look at Malaysians today and realise that we are quite polarised racially and religiously. And it seems that polarisation is actually between the Malays and the non-Malays. However, between the different non-Malay ethnicities, there seem to be no problems.

I wonder quite often how all this came to be and the only answer that creeps into my head is the fact that the Malays seem to feel such a ridiculously strong sense of entitlement that makes them just disregard everyone else.

The Malays feel like they have more rights than anyone else and they impose on others. Take for example when it comes to the fasting month. They expect everyone else to respect them for fasting that no one can even eat in front of them.

Why can’t it be that the Malays respect those who aren’t fasting and let them eat in peace anywhere and anytime they want without being so insecure? Is their belief so weak they can be tempted to break their fast so easily?

I wonder if the Malays still remember the history of our National Mosque in Kuala Lumpur which was built in 1963. It was conceptualised right before Merdeka by our first prime minister Tunku Abdul Rahman and it was to symbolise the country’s freedom and the unity of our people.

The cost of the construction of the building was RM10 million. The government actually received a contribution of RM3 million in aid which was given generously from the different ethnic communities who came from non-Muslim faiths. 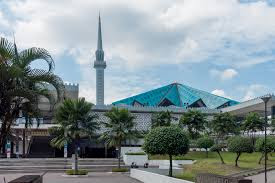 It was widely known that the Chinese, Indian, Christian, Buddhist and Hindu communities contributed significantly and willingly towards the building of the mosque. And this history of the mosque is something that fills me with pride and happiness.

This to me indicated how important it was to everyone at that time to foster goodwill, respect and acceptance among fellow Malaysians without paying attention to race, religion or creed. It was a spirit of seeing all Malaysians and Malaysians.

Zan then continued to matters related to the title of his post, to wit, Would Malays contribute to building non-Muslim houses of worship?

He provided the answer to his rhetorical question:

In our state of affairs today, do you think we could see a situation where the Malays would willingly and generously contribute towards the building of a church, temple or shrine? I highly doubt so. I can confidently say that no Malay would be caught dead doing so.

It is sad for me to see that the Malays would always expect to non-Malays to respect them and think highly of them as if they are entitled to it, yet they will not grant that same respect to the non-Malays.

Note his qualifying remark, namely, In our state of affairs today.

Zan is absolutely right, though in defence of some Malays, I had once saw with my own two eyes that one of my former Malay bosses gave quite a respectable sum to Hindus for the development of that Indian kuil (temple). 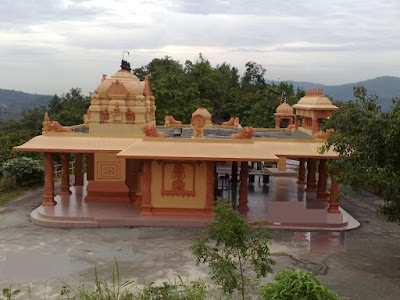 I must also confess I disliked that particular boss but I respected him for his very muhibbah and open-minded Malaysian-ness. Yes, to me he was a bastard but a good bastard, wakakaka.

But Zan is right in that such muhibbah generosity by some Malays were done only 'once upon a time', but alas, no longer in our state of affairs today.

And if I may just add in here, t'was not only the National Mosque which befitted from very generous non-Malay contributions but also the State Mosque of Penang. I know because my uncles and relatives all contributed whole-heartedly to its construction.

But Zan in saying it seems that polarisation is actually between the Malays and the non-Malays. However, between the different non-Malay ethnicities, there seem to be no problems attributed the polarisation to Malays' sense of unique (only Malays') entitlement and thus associated disregard for everyone else's.

I feel there's more than just Malays' sense of unique entitlement (though yes, there's that too), and it's mainly to do with religion.

There has been indoctrination of Malay Muslims to an extent that they feel besieged, believing they're living in a spiritually unclean 'environment' polluted by pork-eating and kuil-worshipping infidels.

To expect donations from such 'pure' Muslims for the constructions of kuils, wats, temples, gurdwaras and churches would be too much of an ask.

And I believe poor Zan will be deeply disappointed in his hope that '... the Malays will always remember the history of the National Mosque because it serves as a reminder and an example of how our forefathers wanted the country to be. We would not be honouring them if we forgot.'

Today the ultra religious Malays are already forsaking their own culture, adat and tradition, as in PAS rejecting the UN's appeal to re-institute the PAS-banned but intangible Malay-Kelantan heritage of Makyong (and wayang kulit as well), in order to become more Arabised. 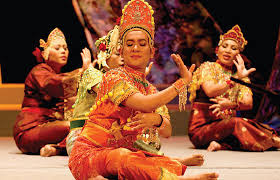 You would think that will make them more pious in the eyes of Allah swt, as if Allah swt only wants his creations to be Arabs, so what can we expect.