A joke to talk about fire drills

Lyana Khairuddin from Star Online wrote Safety is our top priority, selected extracts of which follows: 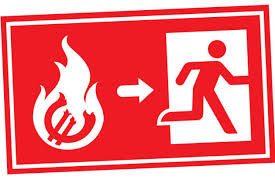 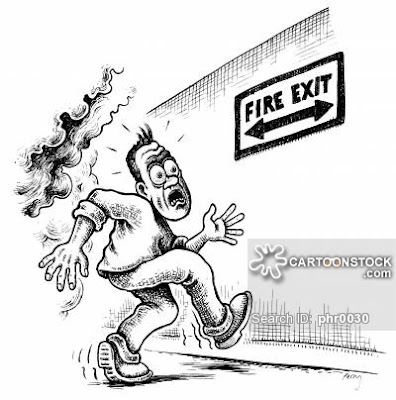 We all have a role to play in preventing fires and should know what to do when a fire breaks out.

My excitement over leaving for Oxford the past week was marred by two incidents: first, the Parsons Green tube explosion and secondly, closer to home, the fire that ravaged the Darul Quran Ittifaqiyah tahfiz school in Datuk Keramat.

The former alerted me to be more aware of safety when living in Britain with the possible exposure to terror attacks, while the latter just frustrated me to no end with our lackadaisical attitude when it comes to safety.

Last I checked, the Malaysian social media furore has conveniently moved on to beer festivals from the outrage surrounding the tahfiz fire. We are indeed a society with short-term memories, where tragedies and outrage only serve selfish, fleeting purposes of status updates on social media.

While police investigations pointed to an arson attack as the cause of the tahfiz tragedy, the bigger issue of safety seems to be swept under the carpet.

Safety should be paramount, especially if this involves minors, with sustained discourse surrounding the issue to be followed by assertive public pressure on authorities to implement stricter regulations.

There are two prongs to steer the discourse on this issue. First, policy implementation and regulations on fire safety; second, educating the public on fire safety.

Regardless of the possible cause(s) of fire – short circuit, accident or arson – there should be fire drills regularly carried out by building management, in addition to structural safety measures, including multiple exit points in any building, to minimise casualties.

Lyana said it all, to wit, we as a society including the powers that be, are focusing on the alleged arson instead of holding the tahfiz school authorities especially its arrogant school principal to account.

Yesterday Muhammad Zahid Mahmood, the tahfiz school principal, virtually barked at the 21 victims' parents when he heard they were engaging a lawyer to demand some truths about the tragedy which killed their children.

He argued that they should contact him first to discuss the issue instead of engaging a lawyer. But he failed to explained why for 10 f**k-ing days after the tragedy, he hadn't even bothered to talk to any of the suffering parents about their children who perished in his school.

His arrogance and callousness was shown when he demanded to know why the parents are now asking about fire safety when it was not a matter that bothered them before. He has the f**k-ing nerve and cold heartedness to ask such a moronic question.

That arrogant bastard failed to realise that before there was a very reasonable presumption by the parents of safety in the school which was why they entrusted their children and the children's assumed safety to the bloody callous cruel and cruel-hearted principal.

When the fire killed those children, and prior to his realisation that some higher ups were backing his awful criminal negligence, he was virtually on his knees and crying out t'was God's will (conveniently blaming God for the tragedy) and then preposterously saying the 21 children who perished in horrendous circumstances were mati-syahid.

Now that he is aware of 'solid' backing and the convenient group of alleged loitering 'arsonists', who might yet get him off the hook as a rat did so in JB for another questionable tahfiz school, he has become extremely aggressive, agitated and arrogant, barking back that his tahfiz had never charged the parents fees.

As if that alone (no fees being charged) would be acceptable reason for the horrible death of 21 children, it nonetheless show that the school principal has not one shred of sadness, regret or repentance for someone's children being killed in his school.

He reckons that now no one can touch him, and sadly he is probably correct as in Malaysia this type of callous c**t is teflonised, and thus untouchable and unquestionable.

Thus I fear Lyana Khairuddin's question about such tahfiz schools holding periodic 'fire -drills' or 'evacuation drills' for tahfiz schools may have to remain a fantasied dream when these schools haven't even complied with mandatory safety regulations or occupation certificatea.

As for Lyana's other query that the bigger issue of safety seems to be swept under the carpet that's a Malaysia-Boleh norm when it comes to some entities that are and have to be held as beyond reproach. 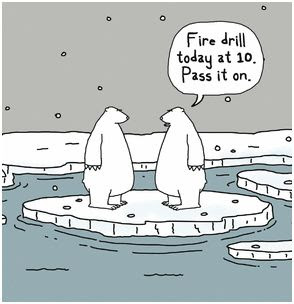 This is especially so with those associated with religion such as the NRD, a public body, appealing to the courts on an issue beyond its bailiwick, that of registering-labelling babies as 'bastards', or JAKIM issuing fatwas when it does NOT have the power to do so except in relation to issuing halal certification.

Note: Jakim is not a state religious body, and its DG does not have the status of a mufti, and thus is in no authoritative position nor jurisdiction to advise or to warn anyone regarding the rules of raising pet dogs.

And f**k-ing JAKIM annually makan-telan RM1 Billion of taxpayers' money.
Posted by KTemoc at 9:48 am