FMT - Jeyakumar: PKR wants me to defend Sg Siput under its banner (extracts): 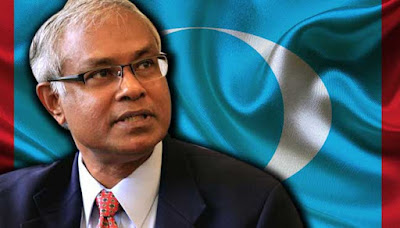 PETALING JAYA: PSM’s Dr Michael Jeyakumar has revealed that PKR had asked him to defend his seat under its ticket in the coming general election.

This revelation comes hours after DAP said they were also eyeing the seat.

The two-term MP told FMT that PKR had approached him with the offer a “few months ago”.

But Jeyakumar is far from happy with the offer, saying that Pakatan Harapan, which includes PKR and DAP as members, had shown little respect for his party.

“PSM has very little room to manoeuvre,” he said when contacted.

He said the ball was now in the opposition coalition’s court, saying that only PH could defuse the current bind the opposition is in, in regards to the parliamentary seat in Perak.

He said fielding a PH candidate would also split the opposition vote and gift the Sungai Siput seat back to BN.

“In view of PSM’s unilateral decision to contest in DAP-held seats, PH will contest in Sungai Siput.

“This is to allow the wise Sungai Siput voters to choose a coalition capable of replacing Umno and BN,” he was quoted as saying by the news portal.

My Aneh Commander (ret'd) Thayaparan once described Dr Jeyakumar as the only decent honest (words to the effect anyway) political leader in Malaysia.

Aneh has not been wrong but my dear Aneh, politicians were/are never meant to be pristine-ly 100% decent and honest, though a close standard to your expectations would be good, wakakaka, but methinks your standards might have been a wee unrealistic.

For example, I thought Lee Lam Thye had been one of two most good decent honest politicians when he was MP for KL/Bukit Bintang (the other being the late Dr Tan Chee Khoon), but many anti-LLT visitors have criticised me for not recognising he left politics because of his wife's profligacy etc. I have to admit I wasn't aware of the biblical axiom of "The sins of thy spouse will be visited upon thee", wakakaka.

Perhaps a continued stubborn defence of Lee could argue that precisely because of his spouse's profligacy, he felt he was no longer fit to be a DAP politician, hence he retired to protect same political party? Wakakaka.

And yet those critics love Mahathir. As my matey Bruno would probably say: "Go figure", perhaps implying some moronic imbecilic elements might have existed among those Mahathir-lovers, wakakaka.

DAP's Nga Kor Ming sounded like an arsehole for wanting to kacau Dr Jeya, though to be fair to the once-Quran-verse-sprouting Nga (wakakaka) I can understand why he has threatened Dr Jeya as such.

PSM has staked its intentions to contest in a couple of DAP's seats in Perak. Thus Perakian Nga wanted to play tit-for-tat with PSM.

Dr Jeya's argument is that Pakatan's hold on its 2013 (also 2008) won-seats has left PSM with little options, in short, Dr Jeya wants Pakatan (whether DAP, PKR etc) to bagi chance sedikit lah and move aside for PSM.

I am reminded of PSM contest in Jelapang in 2013 and its then-demand that DAP gave way. As I then wrote:

My question on Jelapang, where the 'remarkable' Hee defected from the DAP is: Could DAP reasonably argue that notwithstanding that defection, Jelapang had voted for DAP and not Hee the person, thus DAP is the moral ‘incumbent’. If so then DAP would have both the political and moral rights in contest again in that state seat.

On the other hand, if one can argue successfully that with Hee's defection, DAP cannot be the moral ‘incumbent’ because, for example, voters had voted for the candidate rather than the party (a not completely impossible through rarely/unlikely case in Malaysian elections), then DAP loses the political and moral right to re-contest in that seat.

However, PSM has been known to stubborn at times, only to its great disadvantage.

Take the case of Jelapang in the 2013 state elections in Perak. PSM insisted on standing there when Jelapang was considered a DAP stronghold. The ethnic ratio was 7% Malays: 68% Chinese: 25% Indians.

One could argue that the DAP could have 'given' that seat to compatriot PSM but alas, in the 2013 general election there was for the DAP a singular humongous issue of pride, honour and vengeance to sort out in that constituency.

In that election year the DAP would not tolerate any 3rd party interfering in its furious unswerving aim, namely, the punishment, pulverisation and purging of the not-so-remarkable Ms Hee Yit Foong, she with the 'special car' and the capsicum spray which she used rather liberally in the state DUN against erstwhile DAP colleague Yew Tian Hoe (ADUN for Aulong).


Thus in a 3-corner fight in 2013 general election, PSM came out last while the DAP (Teh Hock Ke) won 68.9% of the votes and BN 18.9%. Hee wisely disappeared from the face of the earth whilst another BN candidate contested.

PSM as represented by Sarasvathy Muthu (Saras) managed to secure only 10.4%. For all her party's Indian-ness, Saras couldn't even marshal together a decent proportion of the 25% Indian votes in Jelapang, yet PSM obdurately stood her in a DAP stronghold. 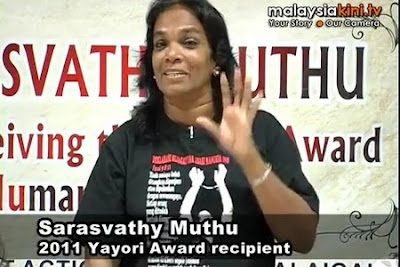 'Twas also both tactically and strategically unwise at a time when the DAP was burning with white hot furious vengeance to demolish, destroy and decimate Mrs Hee for her vile treachery, and thus to hell with everyone and anyone who stood in their way.

Jelapang with 25% Indian votes could be considered a typical reasonable constituency for PSM, but only if the party secures more Malay and Chinese support, say at least 15% from each.

Thus I am not sure how PSM in its present support profile will fare in GE-14, other than to join makan-dedak spoilsport PAS in playing third party spoiler against Pakatan candidates.

It has to lose its Indian-ness like the DAP and Labour Party (Socialist Front) or end up as another Indian-centric PPP, Hindraf or even the high-pedigreed and UMNO-protected MIC.

It must, has to be like the Socialist Front (Labour Party) and DAP and secure more multi-ethnic support, and not just from poor marginalised Indians, or it'll meet the same fate as Sisyphus.

I had also written on how PSM could win Chinese support, as follows (extracts):

The DAP (other than for one embarrassing nyanyuk old codger) has been quite a good party for the poor marginalised Chinese. But the PSM could be a very good and powerful political alternative, a sort of new Socialist Front, especially today when the DAP seems to be drifting from its hitherto political objectives.

Is it doable for PSM to court the poorer Chinese? Are PSM leadership intimidated that they are mainly Indians with little hope of winning over the Chinese?

Let's take for example of the Seenivasagam brothers (DR and SP) of the PPP in the '60s. Yes, the heydays of the PPP were the late ‘50s till the very early ‘70s.

DR and SP Seenivasagam were the political royalty in the Chinese-dominated Kinta Valley. No one, not even the DAP, could come close to ‘touching’ them.

Virtually every Kinta Valley Chinese admired, adored and adulated the two brothers and their PPP.

In the 1969 election, the PPP formed a loose coalition with the Gerakan and DAP not to contest each other, and was just 2 state seats short of forming the Perak State government.

Certainly there were Chinese PPP candidates but the whole party operations were led and managed by the two Indian Malaysians, who were then the Tai-Koh (Abang) of the Kinta Valley political landscape.

Unfortunately following the death of the oratorically powerful, fiery and flamboyant DR, his more quiet and cautious brother SP decided to follow the Gerakan into the Barisan National (BN) in 1973. 'Twas a fatal move for the PPP.

Look at PPP or myPPP today - the party is pathetic and has even descended to shameful standards when its president has to threaten BN to give him the Cameron seat, much to the chagrin of MIC, wakakaka.

But it says one thing to us: M Kayveas has acknowledged myPPP is now nothing more than an Indian party like MIC. Which Malay or Chinese Malaysian will vote for myPPP?

On a sad note for the late Seenivasagam Brothers, once the Royals of the Kinta Valley, let me quote the Old Testament 2 Samuel 1:25:

How are the mighty fallen in the midst of the battle!


Dr Jeyakumar and the PSM must never do what Kayveas has done, admittedly in utter desperation, to wit, admit indirectly that the PPP or myPPP is nothing more than an Indian Party like MIC and Hindraf, the latter having gone to suck on Mahathir after failing in a brief flirtation with Najib, wakakaka.

I don't think it's wise for PSM to poach on the DAP who are in some sort of idiotic Mahathir-ised mode (no thanks to Lim KS), believing with Mahathir on its side it can possibly move to Putrajaya as part of the victorious Pakatan Harapan team after GE-14, and thus in no mood to give way or accommodate the PSM in the coming GE-14.

Sometimes a momentary retreat is a wise move - the military euphemistically call such a retreat 'tactical re-deployment', wakakaka. So, tactically re-deploy.

Speak to the DAP and not demand too much. Focus on Sungai Siput for Dr Jeya.

PSM has to be patient and wait to emerge as a new multi-racial Socialist Front (Goo T'au Tong). But it may well be in GE-15 or later.

But most important of all, try not to be too 'Indian' like MIC, myPPP or Hindraf - no wholely Indian based party has ever succeeded big in Malaysia - even the MIC has to walk under the umbrella of BN.


As for PKR wanting Dr Jeya to contest under its PKR label I'm not sure what the Azmin-Ali Party is up to, other than its obsession to become the Pakatan Harapan component party with the most number of seats, to wit, to overtake the DAP, wakakaka. But it may be a good option in the interim, at least until GE-15. It'll keep the DAP away from Sungai Siput, wakakaka.