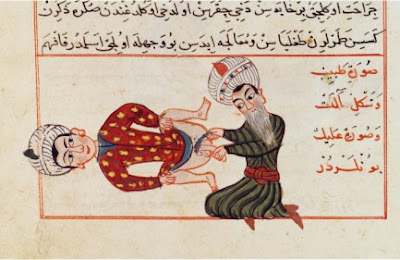 She said a high-level meeting on the matter will be held tomorrow, and that the proposal has received support from concerned citizens over the rise of incest cases after she posted on it her Facebook page.

“We will look at this proposal at our third state women and family council meeting tomorrow,” she told reporters after attending a tea party to mark the official birthdays of the Sarawak Governor Tun Abdul Taib Mahmud and the Yang di-Pertuan Agong XV Sultan Muhammad V, which both fell on September 9.

Fatimah said the meeting, which she called, will also be attended by the representatives from her ministry, police, non-governmental organisations and medical department.

Fatimah agreed that the proposal would involve amending the Penal Code, which at present does not provide castration as a form of penalty against the rape offenders.

“There seems to be more incest cases reported this year when compared to last year,” she said, adding that there could be more cases which remained unreported because of the unwillingness of the victims or close relatives to lodge reports with the police due to various reasons.

Before those moral police get excited, have multiple orgasms while unsheathing their machetes, the talk about legal castration of rapists would likely be more about chemical castration. And it's not about dipping those naughty penises into a vat of hydrochloric acid (HCl) either, wakakaka. 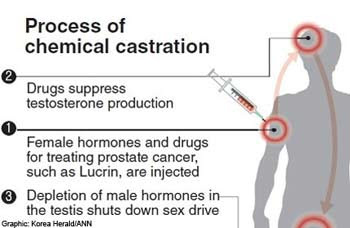 Indonesia and a host of other countries have legislated penal punishment for chemical castration, some on a voluntary basis, some legally enforced, while others enforce such punishment after a second rape or if the victim was below a certain age, say, 14 (varies from country to country).

By the by, chemical castration requires 'maintenance', meaning the chemical injections may have to be repeated from time to time to ensure the 'castration' remains enforced.

But in Malaysia, one can only hope in the name of Compassionate Allah swt that the proposed punishment will be by chemical castration, and not decapitation of the 'head' below, as some may hope. 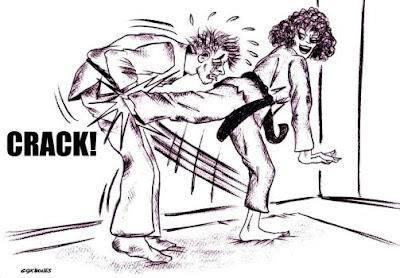