MM Online - When women politicians attack each other by Boo Su-Lyn (extracts): 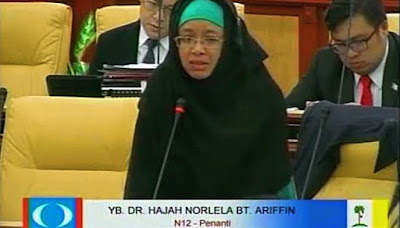 At a bipartisan forum on women in politics held last Friday, Mas Ermieyati reportedly accused Penang Chief Minister Lim Guan Eng of “bullying women“, noting that Norlela, who is from PKR, has cried several times during state legislative assembly sittings. Mas Ermieyati had said women are “weak” and they should not be bullied by men or by other women.

Yeoh, who is from DAP, came to her party secretary-general’s defence and implied that Norlela was acting like a child throwing tantrums.

“Never let the women empowerment argument be used to cover up insufficiency. As a woman leader in politics I will tell you the greatest enemy one can have is yourself when you possess a victim mindset,” Yeoh posted on Facebook, insisting that Lim was not a bully. 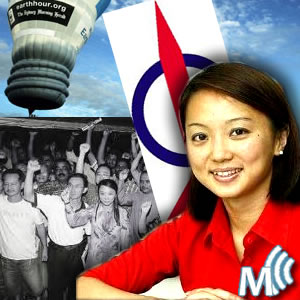 Lim’s special legal officer Raja Syarafina Raja Shuib entered the fray and reportedly attacked Mas Ermieyati's gender, saying she did not need “female leaders who are armed with nothing but empty rhetoric, baseless lies and manipulation of emotions for votes”.

At the risk of sounding like a woman attacking other women, the whole unhappy episode showed female politicians using sexist and gendered tactics to condemn their counterparts from other parties while defending the actions of their male party colleagues.

Mas Ermieyati reportedly made the bullying claim about Lim when answering a forum participant who had said women in Barisan Nasional (BN) were unsafe since Members of Parliament from the ruling coalition have insulted their Opposition counterparts.

As Puteri Umno chief, Mas Ermieyati should have come right out to castigate colleagues from her own party who have made sexist remarks in the past, like Datuk Seri Tajuddin Abdul Rahman calling DAP lawmaker Teresa Kok “the only woman with a Kok”, Datuk Seri Tengku Adnan Tengku Mansor suggesting that women dress shabbily to avoid sexual harassment, and Datuk Bung Moktar Radin who has made many sexist comments in Parliament.


And even if Mas Ermieyati was reluctant to publicly censure her Umno colleagues, she should not have framed the Penang state government’s alleged dismissal of Norlela’s concerns in gendered terms. Women are not “weak” and any rejection of their wishes isn’t necessarily an attack on their gender.

What was worse was Mas Ermieyati saying there was nothing wrong with a man holding the women’s portfolio in Terengganu as it would help men understand women’s issues.

Sure, there is nothing wrong with appointing a male executive councillor to manage women’s issues, but not when there isn’t a single woman in the entire state executive council or in the legislative assembly controlled by Umno. It is absolutely appalling and as head of a wing of young women, Mas Ermieyati should be pushing hard for many women to be fielded in elections in the state so that there will be female representatives in the Terengganu state government.

Yeoh and Lim's aide Raja Syarafina were not very graceful in their responses either as they resorted to attacking Norlela’s and Mas Ermieyati’s gender.

It is rather unkind to paint Norlela as a weak emotional woman with a “victim mentality” just because she cried in the state legislative assembly.

The assemblywoman said she had wept in the state assembly in 2015 because she was urging the state government to take sterner action against an illegal factory in her constituency that had allegedly caused a lorry driver’s death.

As someone who broke a glass ceiling by becoming the first female speaker of a legislative assembly, Yeoh should have known better than to use gender stereotypes to attack a woman’s credibility.

Earlier Su-Lyn also mentioned she would NOT join the Women's organised 'Women Against Toxic Politics' walk, not when the organisers said not a word against the frequent and deliberate humiliation of two BN women.

Su-Lyn said in her earlier column in the MM Online (extracts):

... it’s unclear whether the group of pro-Opposition activists will also condemn, with equal measure, the sexism and vitriol against Barisan Nasional (BN) women politicians.

Some of the most hateful attacks I’ve seen target the sexuality of one female BN lawmaker and the size of the wife of another. 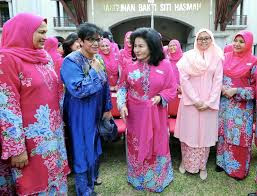 Female politicians and outspoken women who comment on political and social issues commonly face sexist remarks and in some instances, rape threats. I myself have been called a “b****” and worse by both conservatives and liberals.

If rights activists want to promote civility in Malaysia’s political discourse, then they should be non-partisan and call out perpetrators on both sides of the divide.

This is especially pertinent since the family members of former prime minister Tun Dr Mahathir Mohamad, who is now heading Pakatan Harapan (PH), are among the organisers of the march. 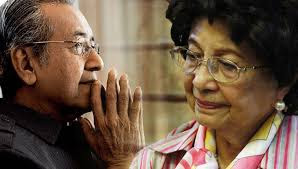 As a probably chauvinistic male I suppose I can be politically incorrect though unlikely to be tolerated by the sweeties, wakakaka. Hence my title for this post inspired by Boo Su-lyn's article is 'Cats', wakakaka. 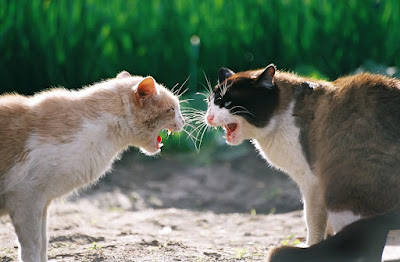