Politics in Malaysia as elsewhere is a game of perception. In some politically mature countries like UK, Australia and NZ, the 'other side' waits for you to make mistakes or digs up past ones so they can make hay out of those mistakes. 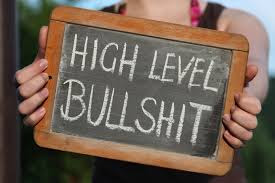 But in some others, eg. Malaysia, they don't wait passively for the 'other side' to make mistakes or to research carefully - they help you with them, chiefly by bullshit or fabrications including photoshopping, wakakaka.

Yes, we Malaysians are in many ways 'creative'. But worse, once we have made up our minds, no one can change them, even when we have been proven wrong, wakakaka again. 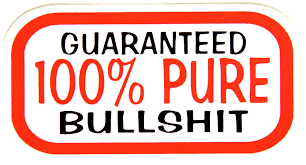 Recently in a FMT article about castration of rapists the readers' comments were chiefly a mix of horrified reactions plus a few that advocated said punishment as due deserts for the vile offenders.

I jumped in to say (words to the effect) that nowadays, such castrations do not involve physical 'decapitation' of the naughty organs per se, wakakaka, but consists of chemical castration which would be injection of chemicals to lessen or diminishes the libido of the sexual perverts. And that such chemical castrations require boosting (re-charge) at regular intervals.

But very few bother to even read my comments, still running off and commenting on the horror of horrors and 'the bastards deserve it' stuff, wakakaka.

Yap, very few (save perhaps only two as they 'like' my comments) bothered to read them. They had already made up their minds they either approve or disapprove of the ultimate 'chop', ouch, wakakaka.

Politicians today have to take naughty steps to ensure the voters have been 'captured' by their 'creative' bullshit, because such 'captured' audience won't change their minds, wakakaka.