The extreme elements of ulamaks, conservative Muslims, the Jabatan2 Agama Negeri (JAN, eg. JAWI, JAIS, etc), JAKIM, and PAS have brought our multi-ethnic society to the very perilous edge of a civilised Malaysia and a once happy and cohesive country. 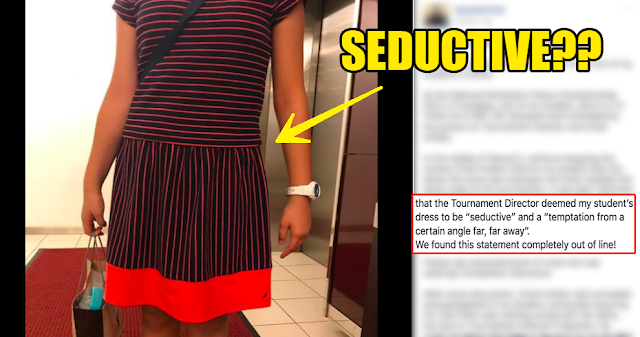 As I see it, there are are two categories of ugly divisiveness, namely, Talibanisation and Apartheid.

The first, Talibanisation, is to be more feared as it's increasing presence brooks ill for the future of both the Muslim and non-Muslim communities. 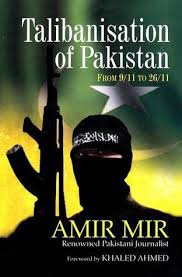 The recent case of a 30-year-old Kelantan man (Malay) being issued with a summons by the state religious department for ‘indecent dressing’ after he was caught wearing shorts in public while on his way to a futsal game.

And that's why I reckon Talibanisation is not good for Muslims as well. There have been plenty of such examples mainly involving sports men and women, and from time to time, entertainers.

Another example of how Malays have been adversely affected by extreme Talibanisation happened to a married couple in January this year.

That couple who have been married for more than 2 years were arrested by JAWI for khalwat (close proximity).

While sometimes bureaucratic mistakes occur, JAWI insisted the raid and subsequent enforcement action were lawful, but worse, the unfolding story tells us a story of an arrogant lawless JAWI, intent on punishing them married or otherwise (perhaps to show 'siapa raja'?), roughing up the couple. Even police normally don't behave like hooligans or voyeurs. 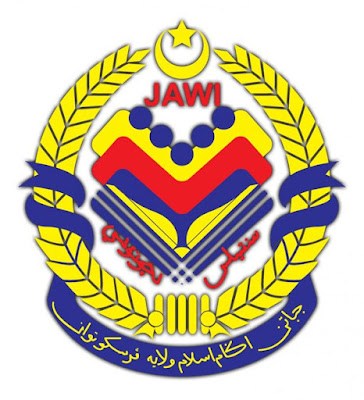 MM Online reported (extracts): Jawi said a check of its records on January 9 found the couple’s marriage to be valid and solemnised in Kuala Lumpur on October 7, 2014.

But the department denied wrongdoing and noted that the January 8 raid by its enforcement officers was based on a public tip-off at 10.55pm of January 7.

Jawi, in its statement of defence, argued that the arrest and detention were lawful as the couple had allegedly failed to produce evidence to show that they were married.

According to the couple’s court filing, the Jawi raid team comprised eight officers, seven who were male and had forcefully entered their room despite Mohd Ridhuan telling them his wife — in a singlet and shorts — was underdressed.

KT note: That's the voyeurs' part, where 7 male JAWI officers barged in to witness an innocent man's wife in a state of undress (maybe 'they rushed in ...'?)

But JAWI officers already have a shameful lascivious notoriety of inappropriate indecent immoral behaviour in the very presence of ladies, as was witnessed in early 2005. A BBC report then told us (selected extracts):

The sources also said that non-Muslim patrons, including tourists, who were outside the officers' jurisdiction, also reported being threatened with violence. [...]

Continuing with our more recent story of JAWI's shame:

The male enforcers allegedly refused to leave the room even after the husband presented photos of their wedding and their Jawi-issued marriage certificate, and instead ordered Siti Sarah to dress in front of them.

Just how low, lascivious and 'immoral' could such so-called 'moral police' be? The f**k-ing Peeping Toms. 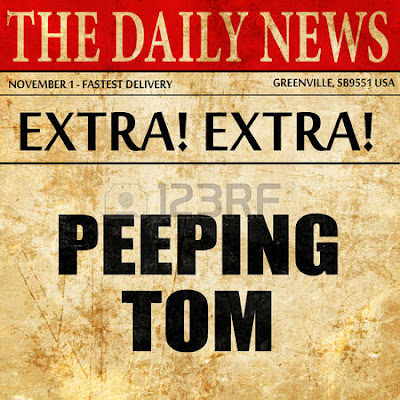 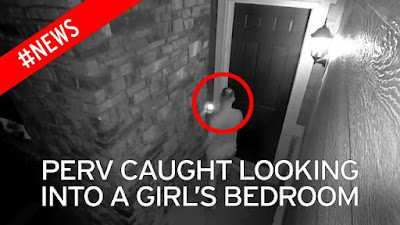 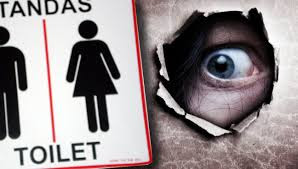 Scuffles broke out twice during the raid during which Mohd Ridhuan said he was strangled and suffered injuries to his neck while his wife’s left arm was bruised. Both said their injuries required medical attention.

The duo said they were held separately at Jawi’s office for an hour, and the officers refused to recognise they were a married couple despite being presented with the original marriage certificate by the husband’s mother later.

Of the various JAN organisations, I noted from my reading of media news over the years, I have to say JAWI has been the most notorious and draconianly ferocious in its conduct if we recount their performance in:

(i) the lascivious raid of Zouk nightclub in 2005,

Just a question: How was JAWI able to use Immigration and the Police to detain Turk national Mustafa Akyol at the international airport when JAWI's religious jurisdiction is confined to ONLY the federal territory of KL? [see JAWI failed attempt to prosecute Kassim Ahmad]

(vi) 2016 when JAWI warned that young Muslims nowadays have greater lust and desire since they have easier access to “indecent materials”.

In fact on 16 Dec 2016, it was reported by MM Online that JAWI suggested that the difficulty in getting married may have contributed towards the cases of rape, adultery and baby dumping.

JAWI then asked Muslim families to reduce the quantum of dowry and wedding gifts, or “hantaran”, in order to facilitate marriages between couples.

That's the sad reflection of JAWI's feral preoccupation with sex, lust and the undressed state of other people's wife.

JAWI should be the first JAN organisation to be disbanded as they are not 'moral police' so much as indeed immoral 'pervs' and brutish Brownshirts.

Their barbaric bad behaviour is guaranteed to happen again because the system provides near unbridled power to officials but who lack knowledge in depth, intellectual capacity or good character to handle such authority.

Abuses are likely to occur when power is not moderated by knowledgeable and scrupulous responsibility, not when 7 JAWI so-called 'moral police' bulldozed their way into a hotel room to immorally ogle at a man's wife in a state of undress.

Thus the problem lies in the unauthorised and abusive exercise of power by those in authority on their unfortunate victims, namely, the power to religiously-legally dominate the victims, to make them do what the authority so desires, sometimes to stretch the exercise of power as far as the oppressors' imagination permits.

Those are the bad bad examples of Tabilanisation.

The other aspect of ugly divisiveness in Malaysia, namely, Apartheid, has been what the erstwhile Muslim-ONLY launderette was attempting to practise, namely, to separate Muslims from non-Muslims as if the launderette was for 'Whites Only' while the non-Muslim 'niggers' or 'infidels' or 'kaffirs' were prohibited.

When the sad horrendous tragedy of the fire at KL tahfiz school killed 21 children, the immediate priority of JAKIM was to quarantine any criticism of the school rather than to look to the sorrow and needs of the grieving parents.

That was an ugly example of Apartheid practice, to deny opinions from the 'unwashed', whether Muslims or non-Muslims.

Another is MARA Digital Mall otherwise known notoriously as Lowyat2, a creation for bumiputera ONLY, prompted by the criminal actions of one Malay thief and hooligan. 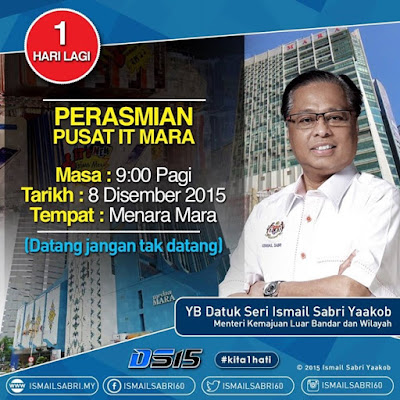 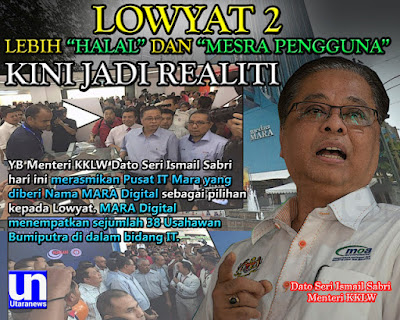 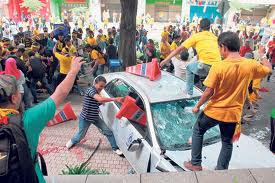 But generally Apartheid in religion, any religion except Judaism, is not common. Apartheid has more to do with a racist or ethic-bigoted mentality, like having only bumiputeras in certain universities, top civil and military posts, government affirmative actions, discounted housing prices, political parties like Pribumi.

The reason why I deem Judaism as practising Apartheid (ironically for a religion and its people who were horrendously victimised in Europe during WWII) is its indivisibility from the Jewish race. Thus to a practising conservative Jew, he or she can't tell when his/her race begins and religion ends, or vice versa. In truth Judaism is exclusively for a Jew and vice versa.

To a Jew there is no difference between the race and religion, as some Malays would argue that's the way the Malay race and Malay religion (Islam) are.

The latter though is not quite correct as some Malays are Hindus and Christians and perhaps even Buddhists in Indonesia. If one were to consider the Malay race of East Timor and the northern part of Philippines, then Malays are Christians too, and not all Abu Sayyaf-ists. 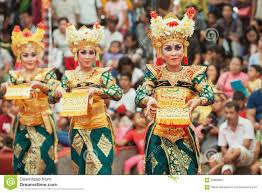 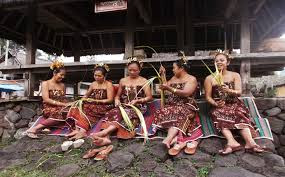 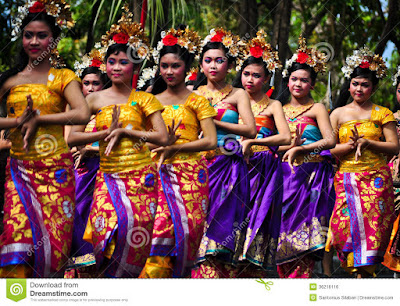 Ironically, Talibanisation is more inclusive of ethnicity PROVIDED the 'outsiders' are prepared to embrace the Malaysian Taliban's religion and practices.

Apartheid OTOH is inflexible and promotes only uniqueness, generally of institutionalised racial segregation and discrimination as in former White supremacist South Afrika, Nazi Germany and in today's deep south of the USA, though in Malaysia we see some aspects of religion being hijacked for such exclusivity. 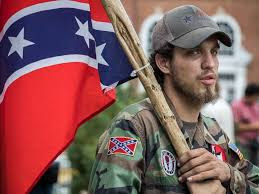 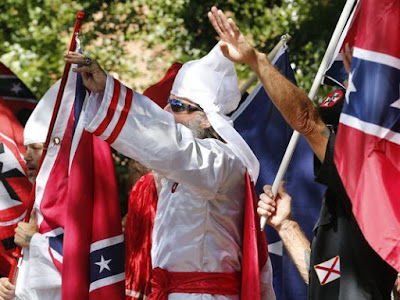 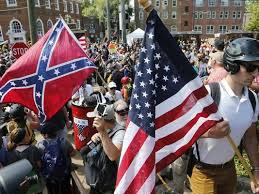 But Talibanisation is the more dangerous aspect of Malaysian divisiveness. It promotes its own beliefs, way of life, culture, practices etc but ALSO intends to proselytise them forcefully into the lives of 'outsiders' or non-Muslims.

When one shafts one's value system and belief down another's throat, that's when ugliness can turn violent.