Dark times lie ahead of us

We thought they were different, rues Ambiga 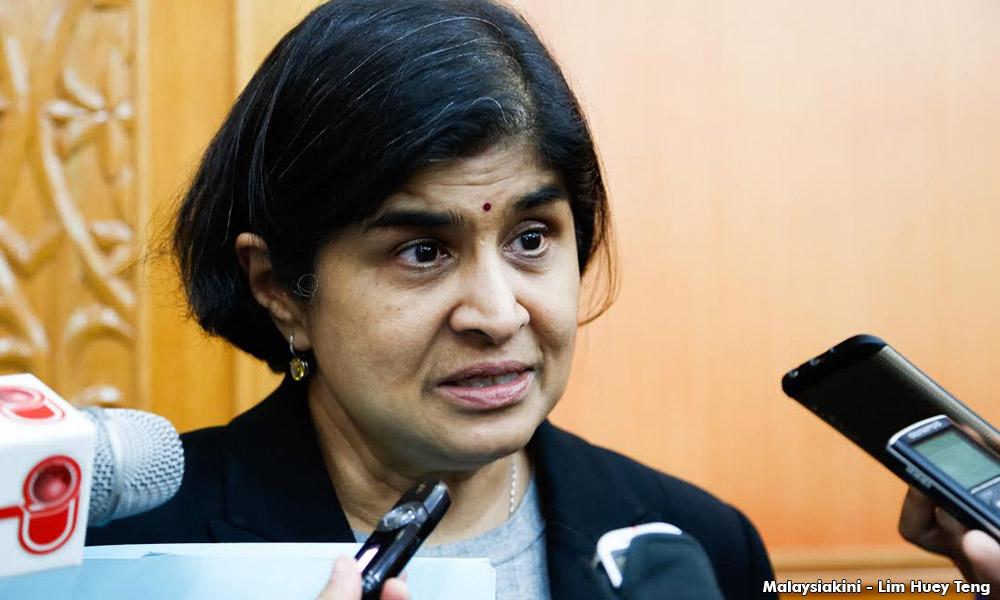 Former Bar Council chairperson Ambiga Sreenevasan said she can understand how Malaysians feel with regard to the Pakatan Harapan administration.
In a series of tweets this afternoon, she said the nation needed more statespersons who think of the next generation, as opposed to politicians whose sights are set on the next election.
“Every time you expect the leaders to behave in a reasonable fashion, some let you down so badly. It is as if we do not really matter. Just staying in power does. We thought they were different.
“That is why the saying: 'A politician only thinks of the next elections, a statesman, the next generation'. We need more statesmen.
“What this government does will determine the future of Malaysians. But those that promote narrow interests will not benefit the building of a vibrant nation," she added.
To illustrate her point, Ambiga quoted the words of Abraham Lincoln - "Nearly all men can stand adversity, but if you want to test a man’s character, give him power."

In what appeared to be a reference to controversial Muslim preacher Zakir Naik (photo), she said if the government kept conceding to narrow interests and accorded one man so much importance that he appears stronger than them, then they have failed themselves and Malaysians.
“I ask again - if ministers keep appearing powerless to act when the going gets tough, then who can we count on? If this government does not set the right path, then who can?” she asked.
However, Ambiga said Malaysians should not allow one man or a single issue to dampen the Merdeka and Malaysia Day spirit.
“Again, having said all that, we must come together to celebrate our Merdeka and Malaysia Day.
“We must not allow differences over one man or one issue to take the joy out of our celebration. We have challenges ahead that will require all our focus and energy,” she added.
Earlier, Ambiga, who also headed the electoral watchdog Bersih from 2011 to 2013, said certain issues are deliberately played up to undermine the government.
“(The) government, on the other hand, must show the maturity and courage to set us on the right path, no matter how difficult. Who said change was easy?” she added.
Furthermore, she said, those who distract do not have the interests of the people at heart.
“We are facing a huge global economic problem and we are arguing about race and religion. We must look so incompetent to investors. All this will adversely affect the people,” she added.

Ambiga was responding to DAP veteran Lim Kit Siang's political secretary Syahredzan Johan (above) who turned to the wisdom of Professor Albus Dumbledore from the Harry Potter series to highlight the situation in Malaysia.
“Dark times lie ahead of us and there will be a time when we must choose between what is easy and what is right. - Dumbledore
“Let us all have that courage to do what is right, instead of what is easy,” he tweeted.
Over the weekend, Ambiga also expressed disappointment with Youth and Sports Minister Syed Saddiq Abdul Rahman who hosted a dinner for Zakir at his residence and urged Malaysians to move on.

The Indian-born preacher is under police investigation for his remarks concerning Hindu Malaysians and Chinese Malaysians during a ceramah in Kelantan on Aug 8.
Zakir, who has since apologised, claimed that his remarks were taken out of context.
Posted by KTemoc at 8:32 pm