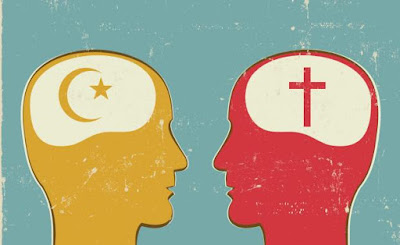 SEPTEMBER 3 — The Islamic Medical Association of Malaysia (IMAM) and our partners in the Asean region regularly operates clinics and charitable activities to cater for the health and welfare of the Rohingya refugees.

We therefore feel compelled to voice our concern regarding the recent escalation of killings of the Rohingyas in Rakhine state, Myanmar. About 400-3000 innocent men, women and children have been reported killed in the past week. 10 thousand homes and shops were burnt and destroyed by the Burmese military. Women and children have drowned trying to cross the river Naaf into Bangladesh. The ongoing violence against the Rohingyas is totally unacceptable by any standards of humanity.

Killing of people based on religion, race, culture, and politics is sheer evil, and yes, totally unacceptable by any standards of humanity. But the evil has not been perpetuated only on Rohingyas.

Sadly, I did not hear the Islamic Medical Association of Malaysia say anything in April recently about the massacre of Coptic Christians in Egypt.

On the past Palm Sunday in Egypt, Muslim suicide bombers attacked two Coptic Christian churches, one in Alexandria and the other in Tanta.

The murderous carnage left 45 people dead and many more wounded.

... many Western nations ­refuse to recognise asylum for Christians fleeing genocide and persecution.

Typically, politicians cite the principle of non-discriminatory immigration to justify policies that result in discrimination against Christian victims of genocide. It is morally reprehensible.

Last year, the US Congress declared that the Islamic State persecution of Christians and other minorities constituted genocide. The term was coined by Raphael Lemkin who recognised the slaughter of Armenians in 1915 as the first genocide of the 20th century. He wrote: “It [genocide] happened to the Armenians and after the Armenians, Hitler took action.”

It is estimated that the Ottomans massacred between 800,000 and 1.5 million Armenians in the genocide, most of whom were Christians. To commemorate its centenary, Pope Francis said: “The first genocide of the 20th century struck your own Armenian people, the first Christian nation.”

Western nations bear a special responsibility to shelter Christians fleeing genocide because they ­suffer systemic oppression in many Islamic states.

According to not-for-profit group Open Doors, last year was the worst on record for the persecution of Christians since it began reporting 25 years ago. Each month, an estimated 322 Christians are killed for their faith and 772 suffer serious violence. In ­addition, 214 Christian churches and properties are destroyed.

Of the 10 countries ranked worst for Christian persecution, nine are Muslim majority nations. The other is communist state North Korea.

Islamist persecution of Christians is intensifying in African and Southeast Asian countries. Last year, Boko Haram changed its general strategy from attacking anyone classified as an infidel to targeting Christians. Its new leader, Abu Musab al-Barnawi, aligned the group with Islamic State and vowed to “blow up every Church” and “kill every Christian”.

The Islamist tactics used to ­annihilate Christians extend ­beyond bombs and guns. Muslim organisations in Nigeria that run camps for people displaced by ­Islamic State are reserving aid for Muslims only.

Christian Bishop William Naga reported to Open Doors UK that: “They will give food to the refugees, but if you are a Christian they will not give you food. They will openly tell you that the relief is not for Christians.”

As I posted earlier on Rohingyas, genuine compassion should be based on universal values of compassion for any suffering refugees, not only some people of a specific religion or race.

It has been precisely such cherry-picking mentality, to show preference for a certain religion and/or a certain race, that has been the cause of the Rojhingyas' problem and also the problem of Christians in Muslim countries.