Two and one-half years ago, on 15 March 2015, I posted 'Najib going Swedish', which discussed the then Mahathir-Najib altercations. Today as we all know, that so-called altercation has mafulat-ised into open warfare, wakakaka.

I have re-posted it for you to peruse it at leisure and with pleasure, but I have also re-titled the post as above. Happy reading.

Najib has been pummelled by both sides of politics, by the Pakatan federal opposition on one side, and by his former mentor Dr M on the other. He must be feeling like a badly squashed sandwich that schoolboys in Australia casually shaft into the pockets of their school blazers, wakakaka. 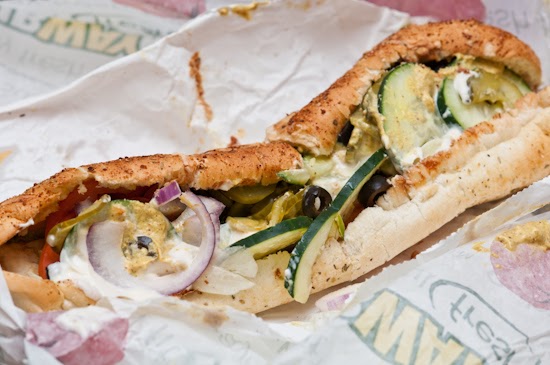 While the former adversary is to be expected as part of the Westminster system, the latter is political party insurrection by Dr M and his cohorts, who have been very dissatisfied and aggressive UMNO people, dissatisfied for reasons of their own as I'll explain shortly.

It's one thing to be attacked by Pakatan but another to be subjected to so-called 'friendly fire' which in reality is not in the least 'friendly' at all, wakakaka.

Let's consider the latter. Dr M's berating Najib about 1MDB would have been praiseworthy if he Dr M had not himself allegedly frittered away taxpayers' money as described by Barry Wain's book. 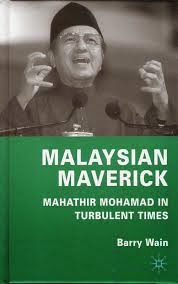 Malaysians must never forget that under former prime minister Tun Dr Mahathir there were monetary losses amounting to tens of billions of ringgit unaccounted for, and irretrievable.


Opposition politician Syed Husin Ali said, “Petronas has neither been fully transparent nor accountable with how it spends its money, especially in aiding and abetting Tun Mahathir to indulge in unproductive construction of mega projects, to bail out ailing crony companies and corporate figures, and to involve [itself] in excessive and wasteful spending on celebrations and conferences.” 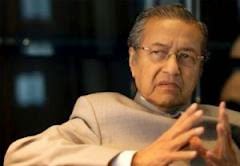 Former Prime Minister Mahathir Mohamad has declared war for all intents and purposes against the Malaysian Government in his blogsite Chedet, with multiple attacks against 1Malaysia Development Bhd (1MDB) and current Prime Minister Najib Razak in a 29-point posting.

Since he feels it is alright for him to ask so many questions based on what others are claiming to be shady dealings by 1MDB and Najib, maybe it’s time for him to also answer so many claims of corruption made against him.

Dr M should start by replying to one of his most vocal critics – hedge fund manager George Soros – who outlined a very long list of the former PM’s wrongdoings in an article published in The Bangkok Post in 2012. Soros has made his opinion of Dr M clear. “Your 3 sons are worth US$8 billion. Where do they get this money? Of course, corruption.”

“You are known as the Marcos of Malaysia, having enriched yourself to the tune of billions.”

“You have more foolishness than most people would believe. Billions are used to build two high rise Petronas buildings that benefit nobody. They now stand tall, a symbol of stupidity and irresponsibility.

“What is this reclamation of 10 islands off Kedah? Totally absurd and stupid. Of course your benefit is 20%.”

“And the bridge from Malacca to Sumatra across international waters? Why not build a bridge to the moon? I am sure you still can get your 20%.”

“You called me a moron. How can a moron make so much money? By allowing short selling and borrowing millions of shares from your banks, we fund managers made millions out of your inexperience and poor regulations.”

“You lose all Malaysians’ money, therefore you are the moron.”

Before I comment on the two feral letters by FMT "readers" (wakakaka), we can see from such, while it's not that Dr M has been wrong in questioning Najib on 1MDB, it's his (Dr M's) real motive we question.

Look, if what Barry Wain, Azizan Abdullah and George Soros via Rahman Mohd Irwan alleged have been true, then it's a case of a big humongous sooty black kettle calling the Ah Jib Gor pot black or, if we want to be more correct, red (not commie-red but red as in being responsible for the debit columns going red in Malaysia's ledger, wakakaka).

And why is Dr M hell-bent on doing it, since by criticizing Najib's 1MDB those criticisms have been glaringly and embarrassingly pointing back at him for his projects during the time he was PM, as mentioned above by Azizan Abdullah and Rahman Mohd Irwan?

So could we argue that it's not really Malaysia's financial health per se Dr M is interested in, but rather, Najib's ouster he seeks, for whatever reasons he has. The 1MDB only provides for him an attacking point but one which has ricochet back at him. But does Dr M care?

If we review the period since Najib took over from Pak Lah, the 1MDB issue has only been the latest in a series of issues Dr M has been hitting on Najib's head because as we and everyone know, he's mad at Najib for not playing in accordance to his (Dr M's) tune, wakakaka. 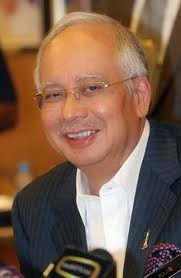 Now, many believe the two letters to FMT criticizing Dr M could possibly be part of the pro-Najib fightback campaign. Mind, they could well be concerned Malaysians incensed by what Barry Wain has written in his book or George Soros had commented on in the Bangkok Post, though I personally doubt that, wakakaka.

Dr M is a very formidable 'retired' (wakakaka) politician but one who had in his 'retirement' (wakakaka again) brought down a PM. I still recall how he was then interdicted every which way by the 'authority' (prior to his blogging days), yet he still won in the end in having his appointed successor removed.

I'm sure Najib remembers what had happened and thus wants Dr M and his cohorts silenced.

Hypothetically speaking, what will happen if Ah Jib Gor as a 'cornered rat' decides to become real feral and ferociously retaliate against Dr M, say, by referring to or even investigating Dr M's prime ministerial "track record" (eg. as per allegations in Barry Wain's book)?

Coincidentally, one day after I posted above, many pollies and media people are now discussing the coming Gunfight at OK Corral between the two, with one journalist at FMT even using the 'cornered rat' example, wakakaka, when he wrote:

When backed into a corner, even a mouse would try to attack a snake, and Najib has been driven so far back that his only options are to fight or to die.

So Uncle Lim KS has asked (as reported by TMI) whether Najib will be sacking Dr M from UMNO? though I wonder, even if Najib sacks Dr M from UMNO, how will he be able to silence the Grand Olde Man? Wakakaka.

The only way I suppose is to become real feral and ferociously retaliate against Dr M, say, by referring to or even investigating Dr M's prime ministerial "track record" as mentioned in my post Hypothetically speaking ....

Do you think it'll come to that? Wakakaka.

Anyway, Najib going for Dr M will explain why I have titled this post as Najib going Swedish (or Nordic).

You see, I mentioned at the very top that Najib must be feeling like a squashed sandwich with assaults from both sides, so by removing Dr M, if he can wakakaka, he becomes an open sandwich, or a Swedish sandwich called smörgås. Wakakaka.

And indeed if Najib succeeds, as he has to if he wants to survive, will Muhyiddin be next to go?