Zahid 'call out' Mahathir for tok-kok about returning to UMNO

Zahid: Which is it, disband Umno or you want to come back?
kt note: 'Call out' is an American colloquialism which means 'to draw critical attention to someone's unacceptable actions or behaviour.' 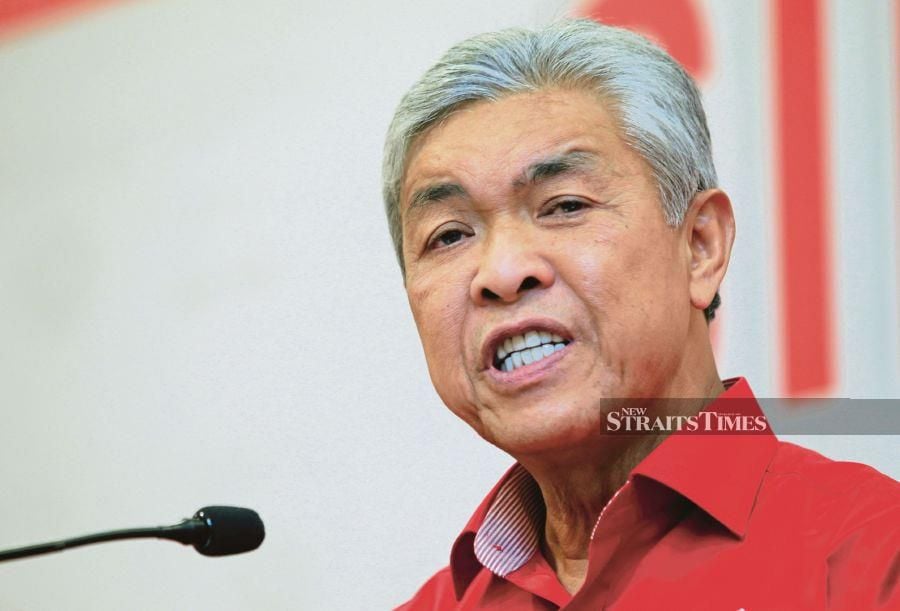 In sharing a photo of a news report in which Dr Mahathir had said he was willing to return to Umno if it returned to its original struggle, Ahmad Zahid recalled how the former previously asked him to disband Umno.

"I will comment further tomorrow. But for now what I can say is, previously I was asked to disband Umno.

"But now you love (the party) and are willing to return to Umno.

"Which is it?" Ahmad Zahid posted on his official Facebook page.

In an interview yesterday for a programme called "Bersama Tun M", Dr Mahathir had said that he could return to Umno only if the party returned to its original policy of fighting for race, country and religion.

He also admitted that having been Umno president for 22 years, he still loved the party but not its leaders.
Posted by KTemoc at 10:04 am