Mkini contempt judgment: There is no moral victory

Mkini contempt judgment: There is no moral victory

"I think the decision made against us and the hefty fine that has been put against us is perhaps an attempt to not only punish us but shut us down.”

– Steven Gan
To Ayah Punya kata, GrayDeer0609, Legit, Semua Boleh – Bodoh pun Boleh and of course, the aptly named Victim, your comments are apparently worth half a million ringgit. Of course, for half a million ringgit I would have expected rhetorical Molotov cocktails instead of the usual Malaysiakini drive-bys which is what these comments were.

I guess the "Malaysiakini 5 learnt his or her lesson", someone texted me. Really? Five anonymous subscribers wrote something that the political elites have said and the news portal gets fined but Malaysiakini managed to raise more than was needed through public appeals in record time, what exactly is the lesson here?

Of course, Malaysiakini is now going to take a tougher stand on comments - which was the point of this intervention by the state. Folks who normally complain about “cancel culture” are texting me and saying that if Malaysiakini does not police the comment section, then the state has to step in. Do they realise how moronic this sentiment is? You complain about cancel culture but then want the policing of speech.

On the other hand, some folks are getting their knickers in a twist because of the “fascists” aspect of the court’s decision and lionising the dissenting judgment. What they do not seem to remember is that in 2019, Gobind Singh Deo, the then communications and multimedia minister, said that news portals should be responsible for their readers' comments.

As reported in the press - Gobind also called on news portal operators to be more careful and take full responsibility for what is written in the comment section of their portals to avoid creating any problem. The portal operators should also post news of high value and that could help strengthen national unity. A long time reader asked me why I had not written anything about this case and my answer was simple. If I were to write something, drawing attention to the fact that political leaders and even a former twice elected prime minister had more or less said the same thing, as these anonymous citizens but no action was taken against them, well that would be just pouring fuel on the fire.

I was not exercising personal responsibility; I was practising self-censorship. I did so because I did not want to jeopardise Malaysiakini and the livelihoods of the staff. So, I decided not to comment and hopefully, this farce would end soon. But the thing is, it never ends.

The Malaysiakini comment section has always been toxic, defined unfortunately by many posters who just want to vent online thinking that this is an unacceptable expression of dissent.

While some subscribers attempt to have an honest dialogue and write intelligently, the vast majority view the comment sections as partisan venting grounds, the place to express their animus against the system or engage in culture wars.

Indeed Malaysiakini readers who are active in the comment section take great pride in believing their comments influence policy decisions and opposition political operatives have said more or less the same when it comes to hot button issues.

I think it is ridiculous for anyone to actually believe this because, for the most part, Malaysiakini and its readers are a small part of the vast ecosystem that makes up the vox populi.

Indeed, the English section of Malaysiakini is often the target of the Malay uber alles crowd because this section is used as a proxy for the editorial stance of Malaysiakini.

Right-wing hacks have had a field day using the comments by opposition supporters in their propaganda pieces. As someone who has been warning political operatives to disavow the toxic speech of its online supporters for years, the only response I have received is that “how do you know they are really our supporters?", which is the kind of reasoning that enables folks who think they are merely venting online but contributing to a toxic online discourse.

Right now, there is fear that news portals or any organisations, for that matter, have to police their comment sections, lest they run afoul of the state. Lawyers and political pundits are sounding the alarm bells that this would stifle free speech.

How is the state going to police the comment sections?

Indeed, comment sections are the few remaining public spaces in this country where folks can say their peace, ill-informed, bigoted, ignorant or racist it may be.

Some people have questioned how the state is going to police the comment sections and social media when it comes to this issue. They do not have to. What they can do is make enough examples of individuals who go against this supposed law, expand the type of comments the state finds unacceptable and Malaysians will fall into line.

Furthermore, news portals will, on their own initiative, crack down on what they think the state finds offensive, and subscribers would be penalised, based on the fear of repercussions from the state. Malaysiakini is, of course, a convenient target but digging deeper, one would actually find diverse voices - which are essential in a marketplace of ideas.

Here is an excerpt from my piece a couple of years back, where I was defending the speech of Isma president Aminuddin Yahaya:

“In 2013, the current Isma president, Aminuddin Yahaya, who was then its deputy president, accused, among others, Malaysiakini CEO Premesh Chandran of being behind the nefarious Comango initiative to destabilise Islam in this country. The Isma president now has a column in the Bahasa Malaysia section of Malaysiakini.” 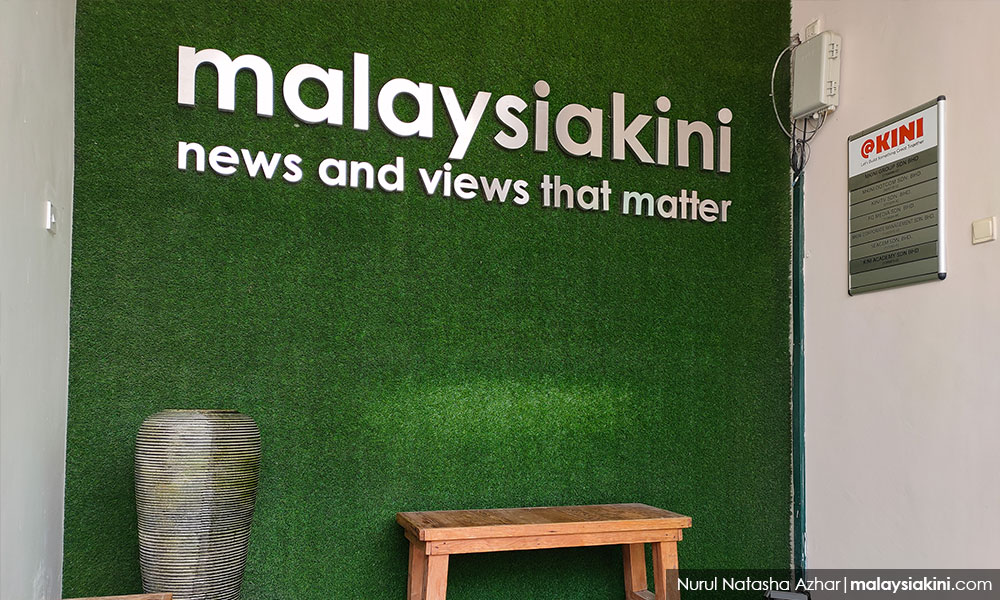 How are news portals going to determine which comments from readers need to be censored? Outright racists and bigoted comments are easy to spot and I suppose one could make the case – I would not – that they need to be censored, but what of comments which make people uncomfortable and, hence, are termed as inciting racial or religious discord? How are news portals supposed to police these types of comments?

Ultimately, a commitment to free speech is needed, not more fear of regulations and arbitrary rules that restrict our public spaces even more.

However, far too many Malaysians are not interested in ideas (free speech) but more invested in supporting political parties and personalities who are against such ideas, even though they claim that they support such ideas.

I get that people do not want to read a piece like this, especially when they think that the "little people'' have given a black eye to the system. Political operatives who have a horrendous track record of not supporting free speech or who have enacted legislation that further restricted free speech and expression are jumping on the bandwagon supporting free speech now.

It is extremely funny when some folks attempt to rehabilitate their image using one of the most important democratic ideals while their dogma is based on racialist and religionist foundations. This case dealt with the justice system, hence you get all sorts of people with different agendas supporting "free speech".

What happens when it boils down to race and religion? There will, of course, be a lack of political support and any attempt to mitigate the judgment of the courts through appeals for public donations would be defined as anti-race or religion.

All this is merely a prelude to a darker shape of things to come because we have neither a majority of the citizenry (and do not for one minute think I am only talking about the “Malays”) committed to free speech nor a political apparatus willing to advocate such.

S THAYAPARAN is Commander (Rtd) of the Royal Malaysian Navy. A retired barrister-at-law, he hopes young people will assume the mantle of leadership – if there is to be any hope for this country.
Posted by KTemoc at 8:40 pm