Ex-CEO says Umno benefited from 1MDB, though no evidence of money flow

Ex-CEO says Umno benefited from 1MDB, though no evidence of money flow 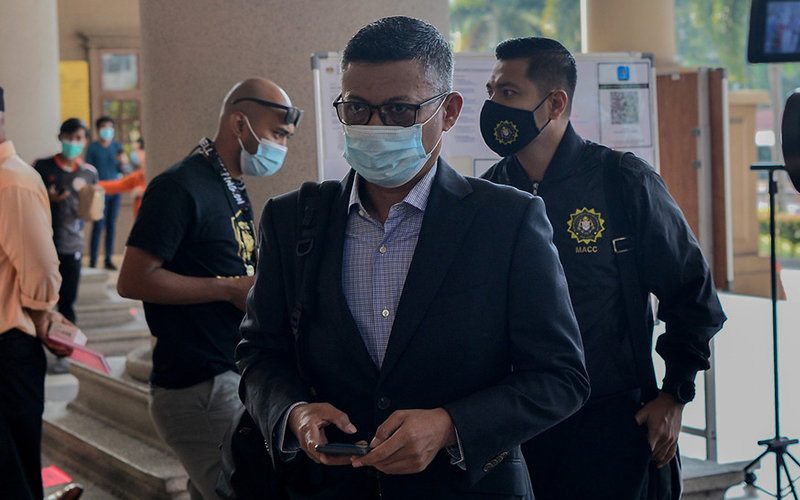 KUALA LUMPUR: The former head of 1Malaysia Development Berhad told a High Court today that he still believed Umno had benefited from the sovereign wealth fund despite the absence of evidence of monies being sent to the political party.

Mohd Hazem Abd Rahman, 47, testified that although the idea of 1MDB existing purely to service Umno might sound insane, he believed it to be so as this was conveyed to him by fugitive businessman Low Taek Jho or Jho Low in the presence of the late Azlin Alias, who was principal private secretary to Najib Razak.

“I will repeat what I have said before that in 1MDB, it was either you followed along (with the instructions) or not,” said Hazem under cross-examination by Muhammad Shafee Abdullah, counsel for former prime minister Najib Razak who is on trial for alleged corruption relating to 1MDB funds.

Shafee: I’m asking you a fundamental question. At this point, another 1MDB former CEO, Datuk Shahrol Azral Ibrahim Halmi never said that 1MDB existed for Umno. You are the first witness to say that. Why would Umno benefit from it? How can you believe that?

Hazem: Basically, I was just following the instructions. From the legal perspective, it doesn’t make any sense.

Shafee: Now you know that benefiting Umno like this is criminal?

Muhammad Shafee said the idea of Umno benefiting from 1MDB could lead to the imprisonment of a lot of people, including the 1MDB board of directors, to which Mohd Hazem agreed.

However, the witness said throughout his two-year tenure as the CEO of 1MDB, he never saw any evidence of benefits being delivered to Umno or Najib himself.

Hazem said he did raise concerns over the matter (1MDB to service Umno) to former 1MDB chairman Lodin Wok Kamaruddin.

Shafee further suggested that Hazem was not being honest when he claimed that he was too terrified of Najib that he tolerated the criminal ways in 1MDB, to which the witness answered it was his opinion then (when he was still the CEO of 1MDB).

Shafee: I’m putting it to you that if you were part of it, you could tolerate it.

Shafee: Yet when you resigned, they awarded you with a bonus. How much?

Hazem: Yes. The gross amount was more than RM2 million.

Najib, 67, is being tried on four charges of using his position to obtain bribes totalling RM2.3 billion involving 1MDB funds, and on 21 charges of money laundering involving the same amount.

The trial before Justice Collin Lawrence Sequerah continues tomorrow.
Posted by KTemoc at 8:24 am