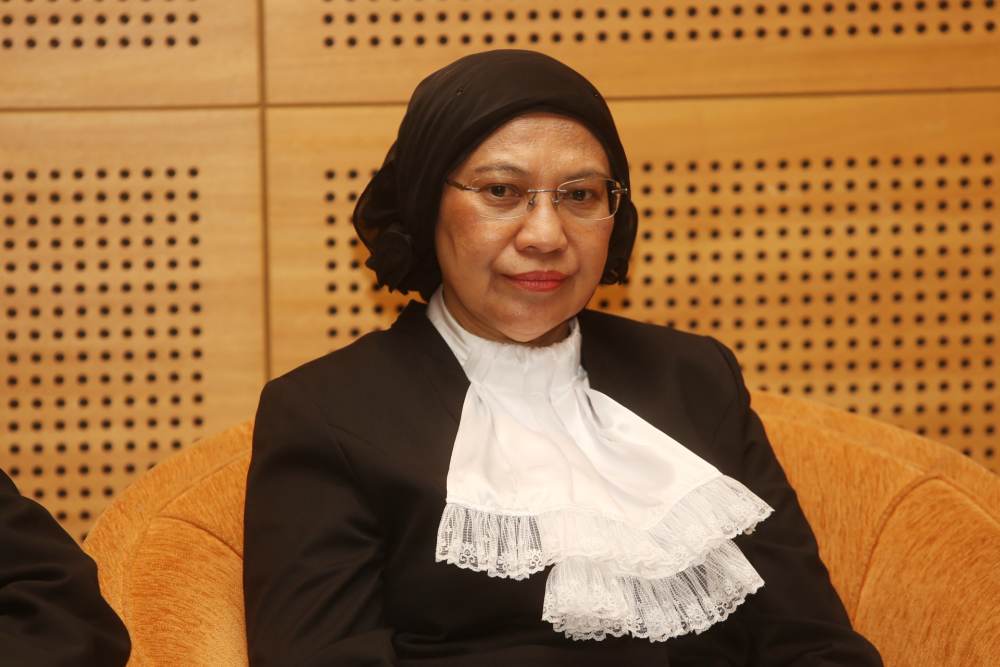 Court of Appeal president Tan Sri Rohana Yusuf said the Federal Court judges are certain that Malaysiakini’s case ‘attracts worldwide attention and is under the watchful eyes of various news and media portals and organisations as well as social media platforms throughout the world’. ― Picture by Choo Choy May

PUTRAJAYA, Feb 19 ― The Federal Court in its majority ruling today urged Malaysians to remain respectful even while online, while noting that news website Malaysiakini’s contempt of court case over readers’ comments has drawn global attention to freedom of expression in Malaysia.

Today, the Federal Court’s seven-member panel reached a split decision, with six of the judges deciding in a majority ruling that Malaysiakini was in contempt of court for facilitating five readers’ offensive comments against the judiciary by hosting it on the website’s comments section, with one dissenting judge.

Court of Appeal president Tan Sri Rohana Yusuf, when reading a summary of the majority ruling, said the Federal Court judges are certain that Malaysiakini’s case “attracts worldwide attention and is under the watchful eyes of various news and media portals and organisations as well as social media platforms throughout the world”.

“The media has demonstrated their agitation and concern that this case will shackle the media freedom and the chilling impact this case may have that will eventually lead to a clampdown on freedom of the press,” the judge said, while noting allegations that this case had “intimidated and threatened media independence” especially in relation to online news sites.

However, Rohana said that Malaysians should remember that the right to freedom of expression should be exercised within the limits of law, highlighting that contempt of court is not allowed under the law.

“Nevertheless, this unfortunate incident should serve as a reminder to the general public that in expressing one’s view especially by making unwarranted and demeaning attacks on the judiciary in the exercise of the freedom of expression as guaranteed and protected by our Federal Constitution, it must be done within the bounds permissible by the law.

“And the law does not tolerate contempt of court as it undermines the system of justice,” the judge added.

“The Malaysian public must use their discretion wisely especially when it comes to posting on the internet as it will remain in posterity in the virtual world,” she further said.

“The Malaysian public is not known to be rude, discourteous, disrespectful or ill-mannered. Let not the social media change this social landscape of our nation. Malaysiakini too owes that duty to ensure the preservation of this social behaviour in the virtual world,” the judge said, adding that this would go a long way to earn Malaysiakini a reputation as a responsible portal for the purpose of public discourse.

She also highlighted the importance of maintaining public confidence in the judiciary as well as the need to protect the judiciary’s dignity and integrity, as the nature of the courts is that they are “defenceless to criticism”.

The courts’ nature is that they are not able to reply to criticism, with Rohana explaining: “We cannot enter into public controversy and still less into politics. We have to rely on our conduct itself to be its own vindication.”

The Federal Court’s majority and minority decisions were delivered physically in a courtroom in Putrajaya today, with those present in the courtroom being lawyers for Malaysiakini and senior federal counsels from the Attorney General’s Chambers, as well as Malaysiakini CEO Premesh Chandran and Malaysiakini editor-in-chief Steven Gan.

Others present in the courtroom were lawyers holding watching brief, with Nizam Bashir appearing for the Bar Council and for the Human Rights Commission of Malaysia (Suhakam), while New Sin Yew attended on behalf of the International Federation of Journalists (IFJ) and the National Union of Journalists Peninsular Malaysia (NUJM) and Yusmadi Yusoff attended for Centre for Independent Journalism (CIJ) and Gerakan Media Merdeka (Geramm).

Following the Federal Court’s majority decision by six of the seven judges which found Malaysiakini to be in contempt of court, the British High Commissioner and acting Canadian High Commissioner jointly expressed their concern and stressed the importance of media freedom and freedom to discuss and debate, while the US embassy in Kuala Lumpur also expressed concern.

“Freedom of expression, including for members of the press and the general public, is fundamental for public discourse and the democratic principles that support accountability and good governance,” the US embassy said in a brief statement.

... which has been why David Irving was jailed for writing about his doubts on the number of Jews killed in the WWII Holocaust - eff-ing European hypocrites ...

The five comments were posted under a June 9 news report titled “CJ orders all courts to be fully operational from July 1”, with Malaysiakini having previously said that it was alerted at 12.45pm on June 12 about these comments when police contacted them to notify about investigations regarding these comments.

In court documents, Malaysiakini previously said it was not aware of the five offensive comments previously as no readers had reported these comments and as the comments did not carry any of the “suspected words” that Malaysiakini’s filter could detect, further noting that the editorial team had immediately reviewed the comments upon being alerted by the police and removed the comments at 12.57pm the same day.

June 9 also happened to be the day when the prosecution informed the High Court that it was dropping all 46 charges involving millions of dollars against former Sabah chief minister Tan Sri Musa Aman, which then resulted in the High Court acquitting him of all charges. 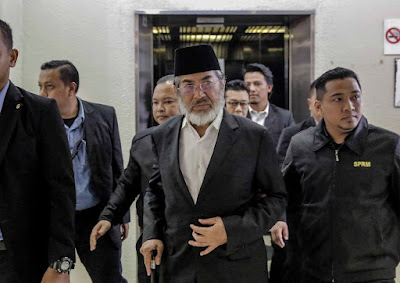 Of the 46 charges that Musa was acquitted of, the 30 counts of corruption related to his alleged receiving of US$50.1 million (RM213.5 million) from eight logging concessionaires as inducement to give timber concessions to 16 companies, while the 16 money-laundering charges related to his alleged receiving of proceeds from illegal activities amounting to US$37,845,491.60 and S$2.5 million.

The five offensive comments by the Malaysiakini readers had included criticism against the judiciary on the acquittal of Musa. Their comments were made despite the High Court’s decision to acquit Musa resulting from the prosecution’s withdrawal of charges.

Based on court documents, it is understood that Malaysiakini had previously on June 26 provided details on the names and email addresses of the five readers who made the comments to the police and Malaysian Communications and Multimedia Commission (MCMC) with MCMC having requested for such details, and that Malaysiakini has since permanently banned the subscribers who posted the five comments.

Malaysiakini previously said it had no intention to publish comments to scandalise the judiciary and that it had removed the comments within minutes of being alerted, with Malaysiakini and Gan previously also tendering their unreserved apology in court documents: “The respondents regret the tone and tenor of the comments and unreservedly apologises to this honourable court and the judiciary as a whole for having unwittingly allowed for their airing. Neither of us had any intention of scandalising or undermining the judiciary in any manner whatsoever.”

While acknowledging the apology by Malaysiakini for unknowingly allowing the comments which were automatically uploaded on the news website without prior manual filtering and also the cooperation shown by Malaysiakini to the police and courts, the Federal Court eventually decided on a RM500,000 fine on Malaysiakini.

Malaysiakini today launched a campaign to raise funds through donations from the public, in order to be able to pay the RM500,000 fine imposed by the Federal Court by the deadline next Wednesday.
kt note: Malaysiakini's target of RM500,000 from public donations was achieved in less than 5 hours
Posted by KTemoc at 6:34 pm