Getting the facts right on Japanese Occupation, communists

Getting the facts right on Japanese Occupation, communists 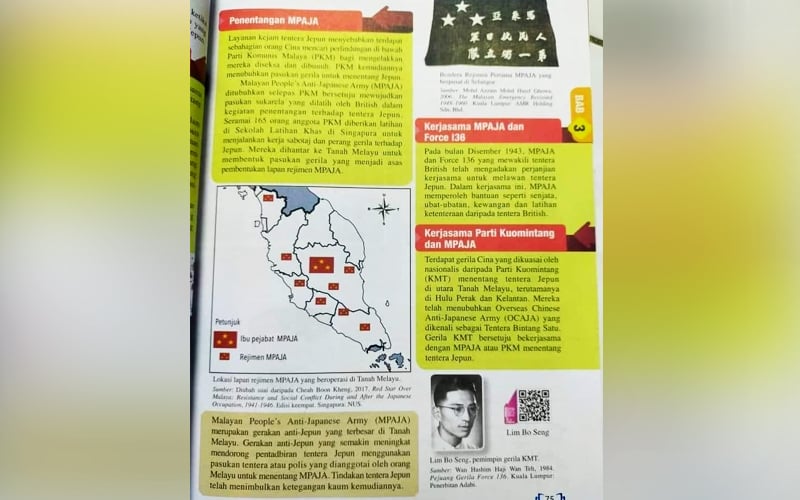 His accusation is baseless, erroneous and done in bad faith to falsely implicate Pakatan Harapan, which has nothing to do at all with the content and writing of the history textbook.

Let’s get the historical facts right. First, it is a fact that the Japanese administration pursued a “pro-Malay” policy of appointing more Malays than non-Malays in government service, including the police. Most of the members of the police force during the Japanese Occupation of Malaya (1942-45) were Malays. Additionally, as stated by historian Cheah Boon Kheng, the Japanese specially trained Malay officers at a Malay police officers’ training school in Singapore. By February 1944, over 1,800 recruits had graduated. Interestingly, the Japanese also established a Malay women’s auxiliary corps in late 1944.

Second, the Malayan People’s Anti-Japanese Army (MPAJA) numbering about 7,000 soldiers was indeed the biggest armed resistance movement against Japanese rule in Malaya. It should be noted that the British authorities collaborated with the MPAJA in resisting Japanese rule in Malaya, including providing military training, arms and medical supplies.

Fourth, it is a fact that the communist insurrection speeded up the independence of Malaya. In the words of Tunku Abdul Rahman, “Baling led straight to Merdeka” .

Finally, it must be highlighted that Lim Bo Seng, who is merely stated as being a Kuomintang guerilla in the Form Four history textbook (page 75), was truly a heroic Malayan freedom fighter. Indeed, there is a road named after him in Ipoh. Lim was a leading member of Force 136, a clandestine military unit which was established by the British authorities to gather intelligence and conduct operations behind enemy lines in Malaya during the Japanese Occupation. He established an intelligence network in Perak. Lim was captured by the Japanese Kempeitai in March 1944 and died in Batu Gajah jail on June 29, 1944. 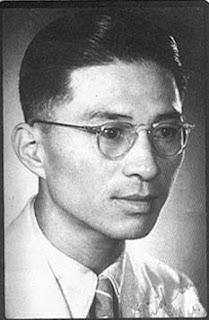 Lim Bo Seng was a Chinese resistance fighter based in Singapore and Malaya during World War II. Before the outbreak of War World II, he was a prominent businessman among the Chinese community in Singapore. When the Second Sino-Japanese War broke, he participated in anti-Japanese activities in Malaya and Singapore. - Wikipedia
Posted by KTemoc at 9:16 am