Mahathir may apply to re-join Umno, but in no position to set conditions

Dr Mahathir may apply to re-join Umno, but in no position to set conditions 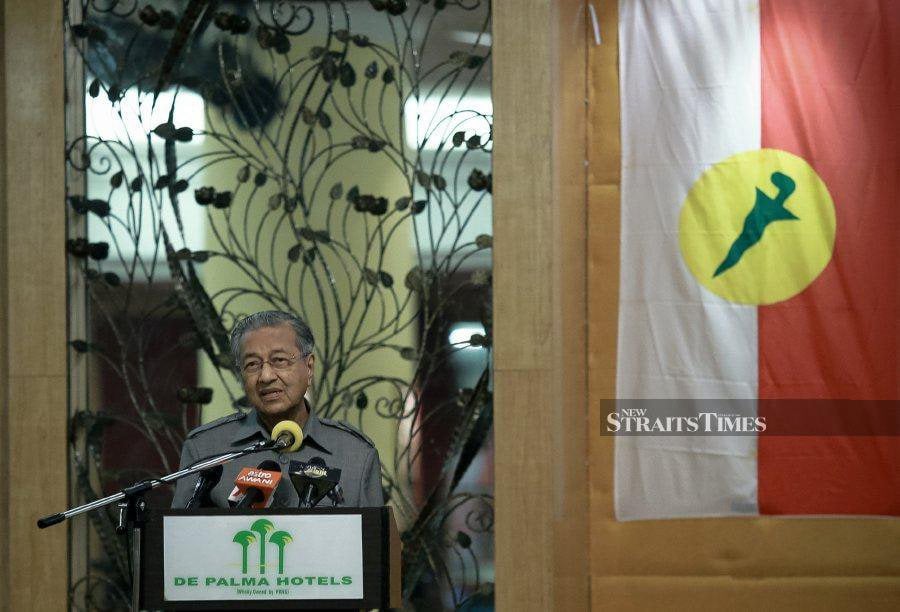 Shahidan said now would be a good time for the former prime minister to return to the party he helmed for over 20 years.

However, he stressed that the Langkawi Member of Parliament's re-entry to Umno "would be much better without any demands".

"Any sincere person is welcome to join Umno, but if there are conditions (imposed), I guess they would have to wait until (discussions on the) demands are completed. And this is even if there is one (discussion) to begin with.

"If he (Dr Mahathir) is ready, he can submit an application to Umno and we will consider it," he told the New Straits Times.

Shahidan said this in light of Umno veteran Tan Sri Yussuf Latiff's comments on Thursday, in which he urged Umno advisory board chairman Tengku Razaleigh Tengku Mohd Hamzah to organise a negotiation to invite Dr Mahathir back into the Umno fold.

Dr Mahathir recently said in an interview that he "still loves Umno" and would return to the party if "corrupt leaders" leave the country's largest Malay-based party.

Shahidan, who is Arau MP, said instead of setting conditions for his return, Dr Mahathir could instead open his mind to listening to the views of others within Umno.

"There is no need for Tengku Razaleigh to coax Dr Mahathir. We have many things to do other than coaxing someone, and besides, what kind of impact can Dr Mahathir bring to strengthen Umno?

"In my opinion, Dr Mahathir can return but (he must) be open to what others are saying too. You can't enter Umno and expect everyone to listen only to you.

"Everyone has their own opinions and it is not right to silence them all."

He said just like in the 14th General Election when Dr Mahathir brought an opposition pact, Pakatan Harapan, to victory for the first time in the country's history, the nonagenarian could bring Umno back to Putrajaya too.

"Dr Mahathir has his own supporters who could influence the voting pattern among the Malays in GE15. If he re-joins Umno, he will bring Pejuang (leaders and members) in too.

"If Dr Mahathir is looking for a platform and Pejuang is unable to work with PH, I think this could be the time to reconcile since we might be going into GE15 anytime soon."

However, Sivamurugan noted that it would not be easy for Umno leaders and its grassroots to accept Dr Mahathir back given that he was widely attributed as the cause of Umno and Barisan Nasional's downfall in 2018.

Talk among Umno grassroots on various social media platforms also hint that they are not keen on having Dr Mahathir back, at least for now, said Sivamurugan.

"It is up to Umno whether to accept or reject Dr Mahathir's offer. If this is the right time to return to Umno, then why not? It'll be interesting to see whether Dr Mahathir will end his political career in Umno," he said.

Zahid claimed the reason Dr Mahathir said what he did was because he no longer has a proper platform to continue his political interests.

"The Bersatu president sacked him. Pakatan Harapan is ignoring him. The Perikatan Nasional government did not approve his party's registration. So, he has to look for a new 'house' or at least return to the 'old house'.

"The people know that the conditions imposed (by Dr Mahathir) are just an excuse. Umno has not strayed from its original struggle even an inch.

"It is just an argument to justify his return (to Umno). The big question is, who are these people who kept asking him to do something because they are unhappy with Umno's leadership at the time (prior to GE14)?" Zahid said in a statement.
Posted by KTemoc at 11:54 pm