Mukhriz: Swearing on Quran no guarantee there'll no frog

Swearing on Quran no guarantee leaders will not betray party, says Mukhriz 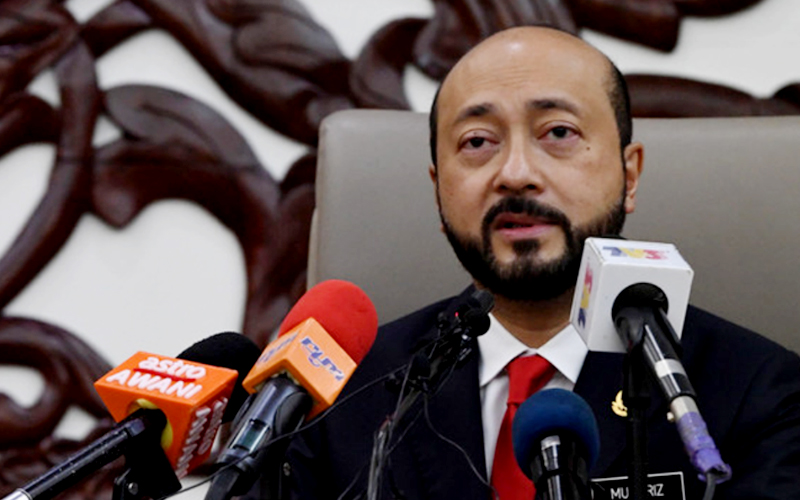 Mukhriz Mahathir says it is up to the individual if they want to honour their pledges. (Bernama pic)

PETALING JAYA: Mukhriz Mahathir said today he cannot guarantee that leaders from his new party Pejuang will not resort to party-hopping even if they swore on the Quran not to do so.

He said several leaders of his former party PPBM had taken similar pledges before the 2018 general election but that it “did not stop them from becoming traitors”.

Mukhriz said this today when talking about how top leaders of Pejuang, which has sought registration as a political party, had sworn on the holy book to uphold the party’s values.

“Whatever screening (for leaders) we do, in the end, it’s up to the individual if they want to party-hop or leave the party. That’s their right,” he said in an online forum today.

“Within the top leadership, each of us have sworn on the Quran to uphold the party’s principles. But that was done in PPBM before and there were still those who betrayed.

“So I cannot give a 100% guarantee that anyone will not party-hop, I just hope they will feel a sense of responsibility and won’t divert from the party’s struggle.”

Pakatan Harapan leaders had previously said PPBM’s move to leave the ruling coalition last February was a betrayal of the coalition and of the trust of the electorate whose votes brought it into power in GE14.

PPBM’s decision to quit PH led to PPBM chairman Dr Mahathir Mohamad’s resignation as prime minister on Feb 24. PPBM went on to form a new coalition government with the support of Barisan Nasional, PAS and parties in Sabah and Sarawak.

While there have been numerous calls for an anti-hopping law, de facto law minister Takiyuddin Hassan previously said such a rule would go against Clause 1(C) of Article 10 of the Federal Constitution, which provides for freedom of association for all Malaysians.

Mukhriz, who was PPBM deputy president, was asked to comment on how he could be sure that Pejuang’s leaders would not party-hop in the future.

On another matter, he said while the Registrar of Societies last month rejected Pejuang’s registration application, Mukhriz said the party has already started preparing for the next general election.

However, he said the party would not field independent candidates even if the party’s registration was rejected again. “Our candidates will have a logo and a platform,” he said, adding that they have “other options”.

Regarding their stalled registration, Mukhriz said the party made three changes to its draft constitution as required by the home ministry and has presented the document to the registrar.

“In our view, we have fulfilled all the necessary requirements and there should be nothing else holding our registration.”
Posted by KTemoc at 7:43 pm