If you want to change Malaysia, remove your race-tinted specs 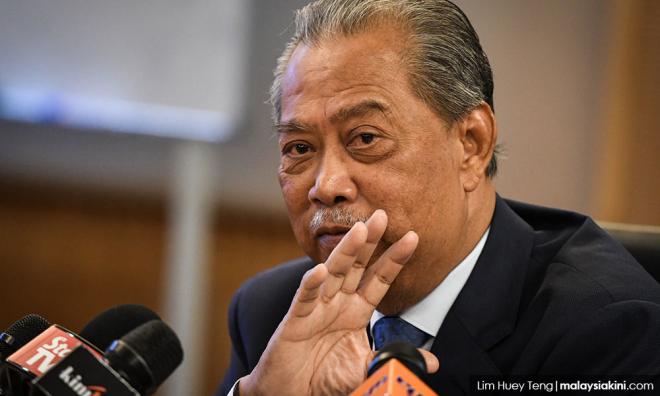 If you want to change Malaysia, remove your race-tinted specs

If you want to change Malaysia, ignore Muhyiddin Yassin.

Many rebranded Malay politicians retain their Umno-Baru genetic material. They champion the 4 'Rs' - Race, Religion, Royalty and Rasuah, which complement one another. These 4 'R's are like a table with four legs. Remove one leg, and the table will topple.

Muhyiddin told Malaysians to reject politicians who use race for personal gain. He forgets that he is best remembered for his "Malay first, Malaysian second" remark. GE15 must be around the corner.

If you still want the nation to change, try the following:

You've heard these before: "I can't work for a Chinese company." Or, "I can't work with a Malay boss." Or, "I was rejected because I am of the wrong race".

We have many good, hardworking Malaysians, but we are all conditioned by race. The ones who are able will flee to work overseas (brain drain). The rest continue to moan. Companies cannot stand still, so they employ foreign workers. Whose loss is that?

If we want to change Malaysia, remove the race-tinted spectacles.

I was approached by a teenager to help fund her education. With no spare cash and no plan of action, I asked a friend, who works in education for advice. He introduced me to someone with experience in voluntary work, and so on. In the end, the core group of experts helped to source funds for the teenager.

If you want to change Malaysia, get the right people for the job. Don't accept career politicians who are afraid to say what needs to be said, or with limited experience of the real world.

The teenager I tried to help was a refugee with no access to formal education.

Some friends tried to discourage me. Many refused to help. Another wondered if she was a genuine refugee. One warned that she will run-off with the money. "How do you know it will be used for schooling? She's not even Malaysian," said another.

I persevered. It wasn't her fault she became a refugee. It took me a few months but I managed to secure the funds from generous benefactors and her tutors are very pleased with her progress.

If you want to change Malaysia, don't be afraid to stand alone.

Fourth: A man's worth

I will not forget the remark by P Waythamoorthy, who said that when he collected donations for the Hindraf cause, the ones who were generous were the poor rubber tappers and labourers. Few had bank accounts but their RM1 and RM5 contributions soon mounted. 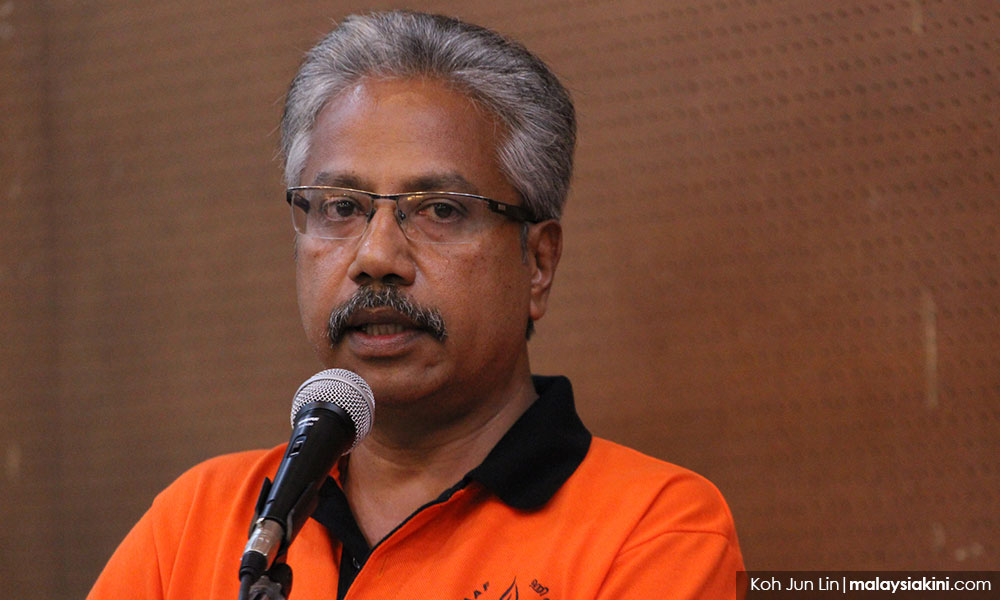 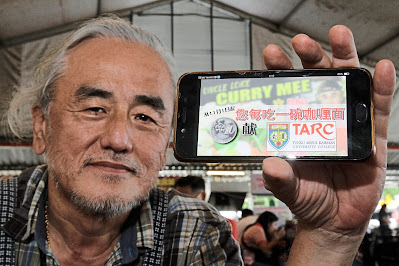 Penang hawker donating a percentage of his sales to TAR-UC when FM Guan Eng refused to make matching grant for the college
If you want to change Malaysia, measure a man by his compassion and not those with the biggest bank balance.
Fifth: Don't be afraid of hard work

I once knew a man who helped his rubber tapper father early in the morning, and then cycled to the railway station to catch the slow train to Ipoh for school. When he returned home, he helped with family chores, then did his homework by the light of a kerosene lamp.

His education and perseverance helped make him a successful entrepreneur in later years. Others have similar stories to tell.

If you want to change Malaysia, appreciate that it is hard work and it won't happen overnight.

I met a girl in a private university who complained that some non-Malay students would not include her in their revision group. I later found out that she was often absent, failed to contribute to the discussion and kept blaming the group for her failures.

In Malaysian politics, some of us keep voting for the same corrupt politicians, then blame the opposition for being ineffective.

If you want to change Malaysia, look in the mirror and stop blaming others.

Seventh: Dare to be different

Malaysians are at a crossroads and we only have a short time frame in which to correct things. Today, politicians are openly racist and they don't bother to hide their extremist views. 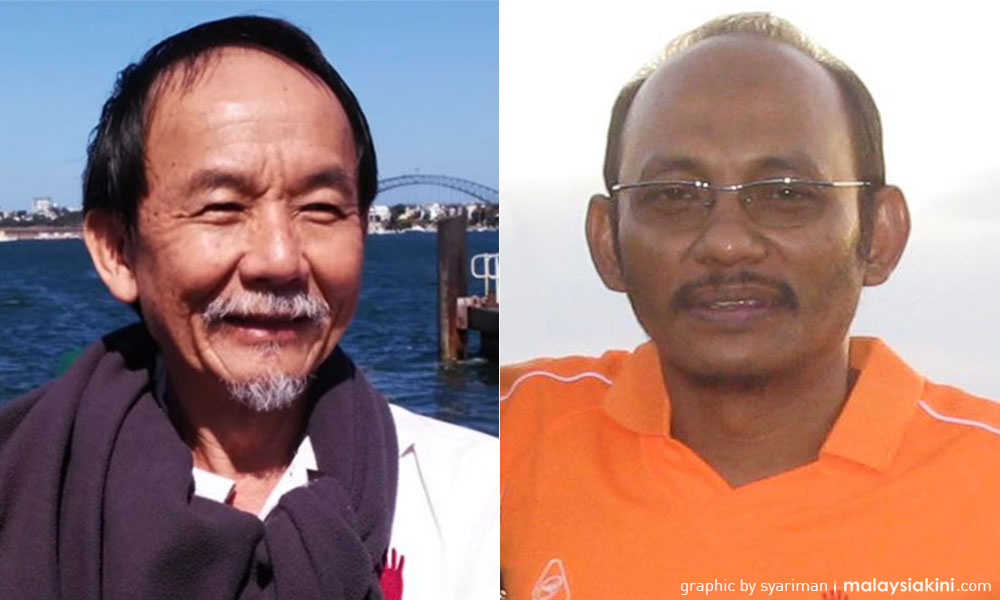 It is easier for me to pry open a crocodile's jaws than it is to get an opinion from a Malay. On religious matters, many non-Malays refuse to express their views because "not my religion, lah" or "It won't affect non-Muslims". They forget what happened to Pastor Raymond Koh, Amri Che Mat or Indira Gandhi.

If you really want to change Malaysia, speak out and make a stand. Your silence gives the authorities strength to control us even more.

Eighth: Never give in to bullies

An activist friend was threatened with a lawsuit for her comments on a corruption scandal. A nephew was punched, kicked and his locker broken into because he wanted to practise his English at his Mara boarding school.

Neither gave in to the bullies and fought back. The boy took up martial arts to defend himself. The activist called the corrupt person's bluff.

If you want to change Malaysia, stand your ground.

Pastor Koh and Amri Che Mat disappeared four years ago. No one can imagine the pain and trauma of their wives and children.

At every vigil, Malaysians of all faiths and races turned up to support Susanna Liew. This gave the families renewed strength to continue the fight.

The message of hope from one stranger is enough to give hope to other people.

If you want to change Malaysia, hope is a strong motivator.

Tenth: Never turn your back on Malaysia

I know many Malaysians who are so fed up with the blatant racism and injustice that they would not hesitate, if given half a chance, to go and live overseas.

The sad thing is that many who have left Malaysia, have given up on their homeland. We can understand their feeling of being betrayed, but Malaysia still needs their help.

Worse still, many of the activists who surfaced around the world before GE14 have now gone silent. Why?

If you want to change Malaysia, you should never give up, even when things look bleak, like now.

So, if you are able to inspire 10 friends, some of them will inspire more people, just like a Multi-Level Marketing (MLM) enterprise.

MARIAM MOKHTAR is a defender of the truth, the admiral-general of the Green Bean Army and president of the Perak Liberation Organisation (PLO). Blog, Twitter.