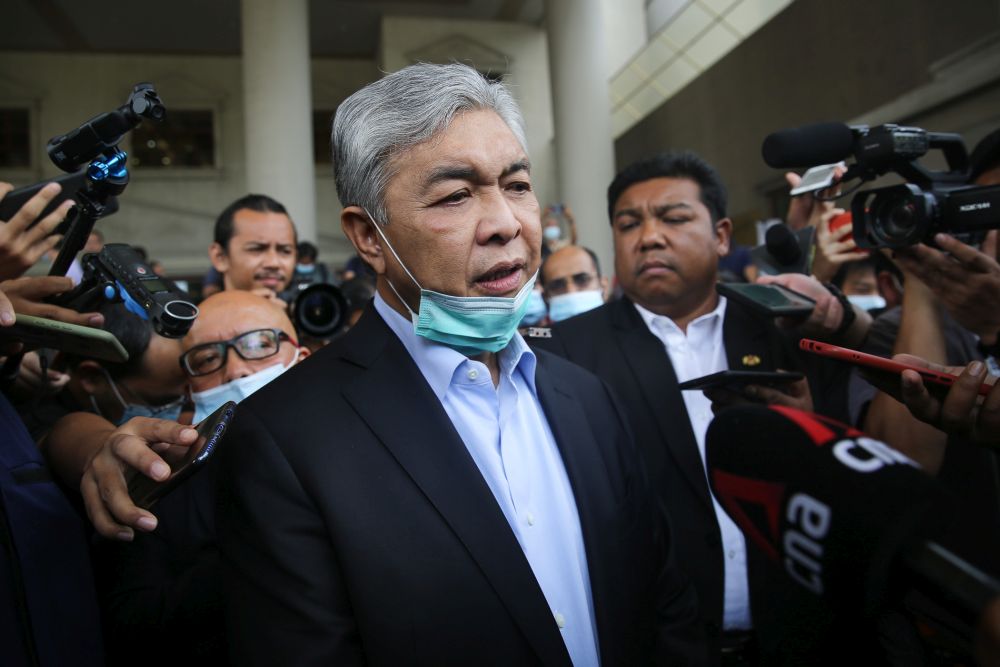 The Bagan Datuk MP emphasised that the voices and views of the rakyat should be taken into account whenever a policy is formulated or decision made, via their elected representatives. ― Picture by Yusof Mat Isa

He said this special Cabinet should function with limited power until the ongoing Emergency declaration ends, so as to safeguard the interests of the nation and rakyat.

“The primary thing is that the nation’s administration requires checks and balances,” Zahid said in a Facebook post.

The Bagan Datuk MP emphasised that the voices and views of the rakyat should be taken into account whenever a policy is formulated or decision made, via their elected representatives.

He also made a reference to Azalina’s letter to Attorney General Tan Sri Idrus Harun on Wednesday, in which she criticised the latter’s advice to the government to suspend Parliament during the Emergency period.

Azalina questioned why Putrajaya has refused to employ a means to facilitate Parliament sittings similar to that in other countries, such as reducing the number of MPs present, having flexible sitting hours, and broadcasting the House’s proceedings.

In the letter, Azalina also suggested that the current Cabinet be suspended and replaced with an Emergency Cabinet that would have only limited powers.

“In my view, Datuk Seri Azalina has the right to voice her concerns, in her capacity as deputy Speaker. We are all aware that Parliament is the Federation’s legislative body, tasked with checking government policies, approving expenditure and the nation’s taxation policies.

“It is also the forum to discuss matters regarding the rakyat’s interests. As such Parliament has the primary place in a democratic system,” Zahid said.

He concurred with Azalina’s worry that the suspension of Parliament has led to a weakening of the separation of powers doctrine between the executive, legislative and judiciary branches in the country.

“The separation of powers is the most important doctrine in democratic rule. Among its purposes is to avoid a conflict of interests and abuse of power which can result from the centralisation of power to a certain body.

“But now the executive branch seems to have all the freedom without the separation of powers doctrine, hence why it is important for Datuk Seri Azalina’s proposal to be given serious consideration,” Zahid said.

The Yang di-Pertuan Agong, upon the advice of Prime Minister Tan Sri Muhyiddin Yassin, declared the Emergency on January 12 as part of the measures to curb the third wave of the Covid-19 pandemic in Malaysia. The Emergency is set to expire on August 1.
Posted by KTemoc at 2:06 am