All parties have warlords 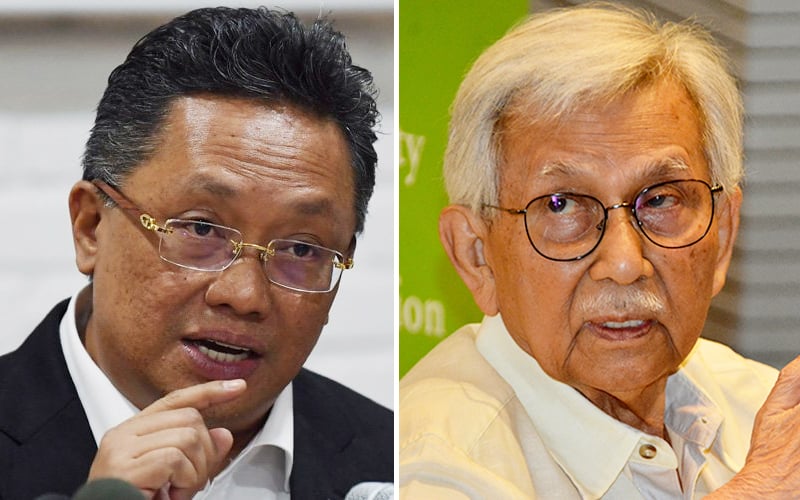 Rahman Dahlan (left) tells Daim Zainuddin that Umno is not the only party with warlords.

PETALING JAYA: An Umno Supreme Council member has hit back at Daim Zainuddin after the veteran politician said Umno could no longer win the support of Malaysians since it was filled with warlords.

Abdul Rahman Dahlan, a former federal minister, said Umno was not the only party with warlords. “All parties in Malaysia have them,” he said.

Speaking to FMT, Rahman said Daim should name the Umno leaders he saw as unfit to lead the country and asked the former Umno man if he thought of Dr Mahathir Mohamad as a one-time Umno warlord since he led the party for 22 years before leaving to form PPBM.

Daim, who headed the Council of Eminent Persons after Pakatan Harapan formed the government in 2018, in a recent interview denounced his former party as being out of touch with political realities and led by people who were self-serving and delusional.

He said the party had lost its appeal with the common people because it had failed to offer anything new or of substance while its leaders acted as if they were in charge as warlords of the country.

Rahman said no one could prove that Umno was not supported by the majority of Malaysians. One would have to wait for the 15th general election to see any proof, he said.

Daim’s accusations were merely opinions, he said. “We all have our opinions. The question of Umno and PPBM’s relationship, to me, is complex because both parties are fighting for the same constituencies. I see that there are pros and cons if Umno continues working with PPBM.”

Daim had said Umno seemed to think it was stronger than PPBM and PAS, and that this was nothing more than posturing.

He said he did not believe Umno would win enough seats to form the government.

He also spoke of disunity in the party.

Umno treasurer-general Tengku Adnan Mansor also hit out at Daim in a Facebook post, saying his party remained one that served the people.

He said the results of many by-elections after the 2018 polls had proven that voters still favoured Barisan Nasional, of which Umno is the dominant member.
Posted by KTemoc at 11:08 am