Jakim calls for calm, says authorities investigating video of man claiming to have converted his Muslim wife to Hinduism 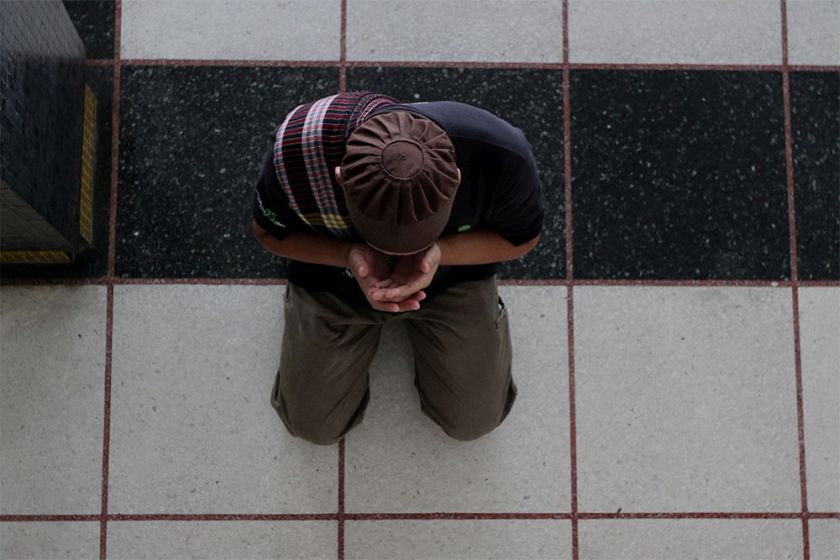 Jakim’s Director-General Datuk Abdul Aziz Jusoh reminded the public that action can be taken against someone apostatising any Muslim person out of their religion. — Picture by Yusof Mat Isa

KUALA LUMPUR, Feb 21 — The Department of Islamic Development Malaysia (Jakim) has called for calm from all quarters and for the public to refrain from speculating as the relevant authorities investigate allegations of a man converting his Muslim wife to Hinduism.

Jakim’s Director-General Datuk Abdul Aziz Jusoh through a statement today said the department is aware of the viral video where the Hindu man explains how he allegedly apostatised his Muslim wife out if Islam.

“Jakim has been made to understand that the issue is under the attention of the Royal Malaysian Police (PDRM) after receiving several complaints from several parties.

“Therefore, Jakim urges the public to allow the issue to be handled by the relevant authorities for them to decide on the next course of action,” he said in a statement today.

Abdul Aziz reminded the public that action can be taken against someone apostatising any Muslim person out of their religion under the Control and Restriction Of The Propagation of Non-Islamic Religions Enactment, that is enforced in several states in the country.

He said action can also be taken against the Muslim individual looking to convert out of the religion under the Shariah Criminal Offences Enactment.

Abdul Aziz then reminded all Muslims to instead work on strengthening the spiritual understanding and appreciation towards the virtues of Islam.

“Everyone is reminded not to push the blame around when it concerns issues involving Muslims, and to instead work on strengthening the institution of Islamic families, foster the attitude of taking care of each other, and looking out for one another in times of trouble,” he added.

A video of a man narrating how he managed to convert his Muslim wife to Hinduism had recently surfaced on social media, triggering a large part of the Muslim community.

Malaysian Shariah law prohibits Muslims from converting out of the religion while non-Muslims looking to get married to Muslims are required to convert to Islam for the matrimony to be officially recognised.

A second video later surfaced depicting the man’s wife explaining to the camera how she is a citizen of Indonesia, and that she had gone through the process of converting out of Islam while in Indonesia.

However, several outraged netizens felt compelled to report the incident to authorities, with a few even uploading their police reports on social media.
Posted by KTemoc at 5:22 pm