Much (religious) ado about nothing over anti-Covid-19 vaccine 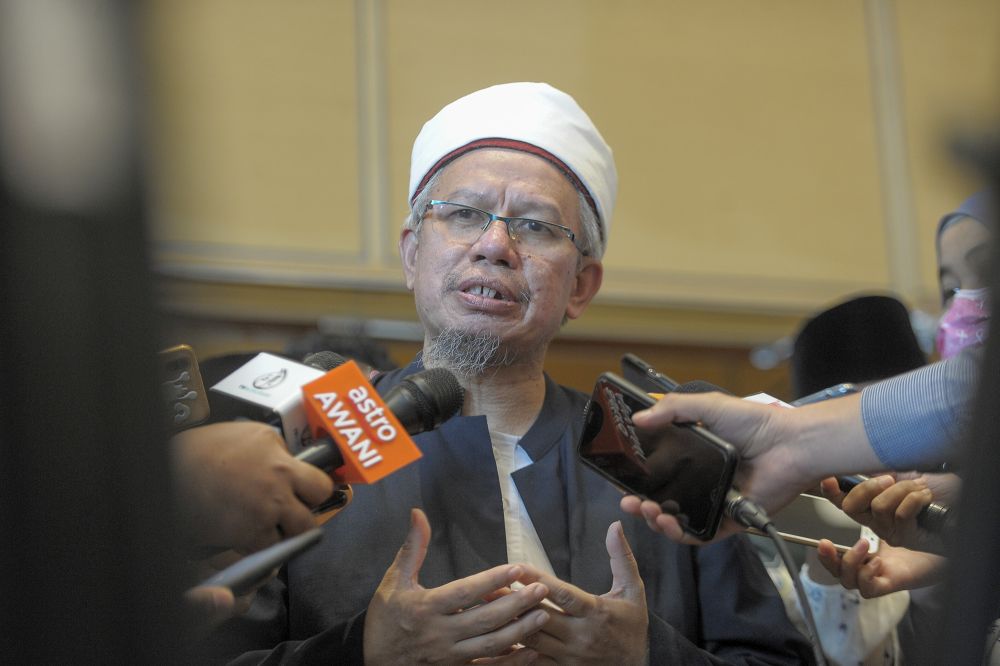 KUALA LUMPUR, Feb 26 — Malaysia has obtained the views and explanations of the world's leading Muslim scholars or ulama on the fatwa of receiving the Covid-19 vaccine.

"On average, they issued a fatwa of referring to the experts (in health) to ensure that this vaccine (Covid-19 vaccine) is safe and halal to use.

"One of the conditions of the fatwa is also to refer to experts (in their specialised fields)," he said when appearing on an Islamic affairs forum broadcast live on TV 1 yesterday.

Meanwhile, Universiti Kebangsaan Malaysia (UKM) senior lecturer Assoc Prof Datuk Dr Mohd Izhar Ariff Mohd Kashim said there were three important aspects to determine whether something was halal (permissible) or haram (illegal), and this included referring to experts in the related fields if there was no clear evidence in the Quran and hadith.

"Besides that, it should also be studied on whether the vaccine contains sources from animals that are not slaughtered, or some other substances that can cause harm.

"In this regard, studies and experts in the field of health, namely the Ministry of Health Malaysia (MoH) have denied that it (vaccine) contains any of them," he said.

Meanwhile, Perlis Mufti Datuk Dr Mohd Asri Zainul Abidin said the Prophet Muhammad during his time also referred some of his companions to physicians for treatment.

"Prophet Muhammad would refer (the companions) to the physician Al-Harith ibn Kaladah, even though he was not a Muslim," he said. — Bernama
*********
kt notes:
One foot in sea and one on shore, To one thing constant never.” “I can see he's not in your good books,' said the messenger.

- by William Shakespeare (Much Ado About Nothing)
Many a times I have been puzzled by the religious people fussing over the vaccination when it's somewhere in the Quran that 'saving one's own life' in a dire situation for a Muslim supersedes haram-ness. Thus, as I have been told by my Muslim friends, even alcoholic medication is deemed kosher for needy Muslims.
Isn't it 'Much ado about nothing'?
However, I have to say, based on the above Malay Mail report, the Perlis Mufti (much as he has been deemed an anti-Hindu cleric) has the best advice for Malaysian Muslims who dread the anti-Covid-19 vaccine, to wit:
"Prophet Muhammad would refer (the companions) to the physician Al-Harith ibn Kaladah, even though he was not a Muslim."
And incidentally, why did the Minister for Agama see the need to obtain the views and explanations of the world's leading Muslim scholars or ulama, especially those from the Middle-East?
OK, instead of just relying on the medical experts, and we have such Malay-Muslim medical specialists as well, don't we have our own ulama experts, people like the PAS spiritual leader, the Perak Mufti, the Pahang Mufti, the Perlis Mufti, and most of all, Dr Zakir Naik?
Posted by KTemoc at 10:07 am