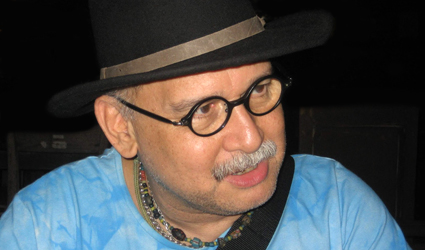 Perikatan Nasional’s problem is really not that complex or complicated. It is merely about ego and envy.

The fact that the Abrahamic faiths (meaning Islam, Christianity and Judaism) forbid the sins of pride, envy, jealousy, egotism, arrogance, greed, lust (lust for power and position included), etc., does not seem to matter to those who give an appearance they are ‘good’ Muslims.

Actually, Islam is not merely about praying, fasting, going to Mekah, etc. That is merely scratching the surface. Islam is about what is in your heart. But many Muslims do not have a pure heart. Many of them are what Malays would call ‘hati busuk’, or foul hearted.

Anyway, enough talk on theology. Let’s talk about the problem in Perikatan Nasional. What is wrong with the coalition partners in Perikatan Nasional? After all, there are no ideological differences between Umno, PAS and Bersatu. All have the same ideals and objectives.

Umno, PAS and Bersatu — all three — berjuang for ‘God, King and Country’. In short, they all place Islam, the Malays and the Raja-Raja Melayu as their supreme struggle.

If it was about DAP, then we can understand that there would be ideological differences. DAP wants a secular Malaysian Malaysia based on common law and the abolishment of the Sharia (which is why they hate PAS, who wants the Sharia) — plus DAP opposes the National Language, especially involving education (which is why they want Chinese schools).

In short, DAP want to ‘un-Islamise’ and ‘un-Malay’ Malaysia, the opposite of what Umno, PAS and Bersatu want. DAP wants Malaysia to be a carbon copy of Singapore (which was why Lee Kuan Yew set up DAP in 1965, the unofficial branch of Singapore’s PAP).

Hence there is no logical reason why Umno, PAS and Bersatu should hate one another (but it appears they do) and no reason why any of the Perikatan Nasional members would want to work with DAP (but, apparently, they are considering doing so).

Yes, the problems in Perikatan Nasional defy logic. But then politics is not based on logic. If politics was based on logic, no God-fearing Malay would want to work with DAP when DAP wants to see the destruction of Islam and the Malays.

Currently, DAP does not need to wipe out the Malays. The Malays are wiping out each other. It is like America in the old days. More Native Americans killed each other than the whites did. In fact, the whites were able to take the land of the Native Americans (what used to be called ‘Red Indians’) because they were so divided and were at war with one another. 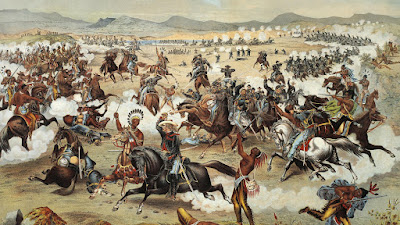 Battle of the Little Bighorn

Of course, they are raising all sorts of lame excuses to justify their internal rivalry and make it appear like what they are doing is sincere and noble. Even the Spanish Conquistadors said they are massacring millions of South American Indians ‘to save their souls and to send them to heaven’.

Yes, the white Spanish were killing the brown Indians merely with the intention to assist them to journey to heaven (not to steal their gold and land). 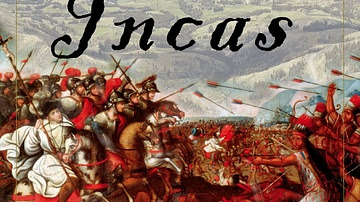 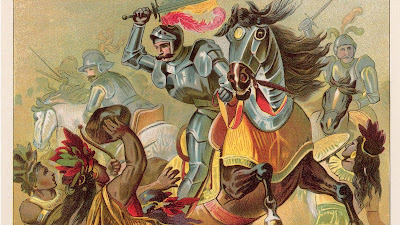 I have lived for 20 years in a Malay kampung in Kuala Terengganu. It was a PAS stronghold facing the South China Sea, hence supposedly a very religious community. But the culture of dengki and tamak is very strong amongst these Malays. Most Malays are Islamic externally, but not internally. That is what I discovered living amongst them for 20 years.

You will be surprised that England can at times be more ‘Islamic’ than Malaysia. In fact, if you want to find an Islamic country, then travel to a Christian country. Unfortunately, you will find more ‘nilai-nilai Islam’ in a Christian country than in a Muslim country, which is the sad reality.
Posted by KTemoc at 8:06 pm