“Forget Denmark, for all is rotten in the state of Malaysia" So, has Muhyiddin Yassin decided to change his position? Is he no longer “a Malay first, Malaysian second” – an infamous statement he made in 2010 when he was deputy prime minister?

From being publicly labelled a racist a decade ago to a preacher of national unity today, that is a 180-degree turnaround for our backdoor leader. The pertinent moral question to ask now is his motivation for the about-turn.

Well, I am not Muhyiddin. He is the prime minister, the most powerful guy in the country.

His decisions matter. People pay attention to what he says. The prime minister’s words and actions affect all of us Malaysians, one way or the other.

Me – I am nobody, a country bumpkin from Sarawak. I originated from the jungles of Borneo. No one bothers about what I say or write. I am irrelevant.

Why, some think that Sarawakians like me are still living on trees and the only material covering our bodies is the cawat (loin cloth).

That is okay. I’m not offended. I can only afford a loin cloth because I am not a politician and I don’t steal. I live within my means. The mere mention of Gucci, Versace and Louis Vuitton scares the hell out of me. Pasar malam wear works fine for me.

However, unlike Muhyiddin, I do not have to change my stand as and when it is deemed necessary (read "politically expedient") to do so.

As the prime minister, Muhyiddin has to sing to the favoured tune of his listeners and flow easy with the tide. He must be careful with his song selection and ensure that he does not swim against the current too, lest he drowns. As for me, I’m not bothered about political expediency because I am not dependent on a political career. Thus, I do not have to force myself to put on an act and hide behind a façade of lies and deceptions.

What is important here is that as I do not depend on politics to survive, I don’t have to keep changing the goalposts just to please certain quarters because I need their support and votes.

In other words, a political leader has to excel in hypocrisy and feel no remorse in going against his better conscience. He has to learn to lie through his teeth and even feel good that he is most adept at it. What a disoriented and depressing life that must be!

“Many Sarawakians have long been unhappy with Putrajaya’s neglect and nonchalant stand on many fronts concerning our homeland, which we deem unfair and unjust”, I wrote in my column here on July 5, 2019.

Today, my position is the same. Unlike the prime minister, I see no reason to shift my goalposts which remain sturdy. I don’t have to turn into a hypocrite and a liar. I do not have to go out of my way to please anyone and public support and votes mean nothing to me.

A most crucial poser: Has anything changed over the past decade to make me feel more Malaysian today? Nope. In fact, the situation has worsened further, so much so that I have to proclaim today that I am utterly ashamed to be a Malaysian.

The list of moans and groans is long and could possibly fill up a book. As the grievances are well known to all, I will spare the details.

Someone just wrote: “Forget Denmark, for all is rotten in the state of Malaysia." It will do us all a lot of good to chew on this. 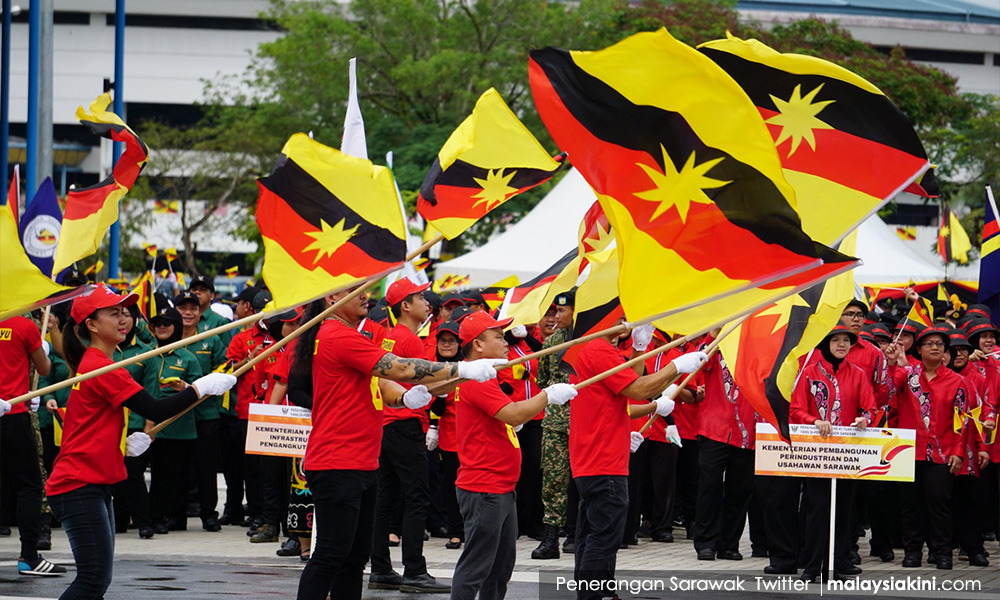 To those (the ultra Malayans) who had told me in the past to "balik Tong San” if I was not happy being a Malaysian, let me respond today: China is not my homeland. Sarawak is. Go tell your leaders to expel Sarawak (like Singapore in 1965). That will be a day of great rejoicing for many Sarawakians, me certainly.

Or at least, allow a referendum on Sarawak that will permit us to decide on the future destiny of our territory and the generations of Sarawakians to come.

To another who had stated that I should be charged for treason for my “Sarawakian first” stand, let me say that I choose to be a proud, loyal and patriotic Sarawakian rather than being known as an ugly Malaysian. (By the way, I have never been called “ugly” in all my life; at least grant this old man that little allowance and pleasure in vanity. Ha.)

For the benefit of those who are unaware, Sarawak political parties from both sides have gone down the pro-Sarawak route, using slogans such as “Sarawak for Sarawakians”, “Sarawak First” and “Independence for Sarawak” slogans in their election campaigns.

That tells me one thing. In my “Sarawakian first” stand, I am not alone and my position will not change.


FRANCIS PAUL SIAH is the author of Hijack in Malaysia: The Fall of Pakatan Harapan. Obtain autographed copies from sirsiah@gmail.com
Posted by KTemoc at 4:01 pm