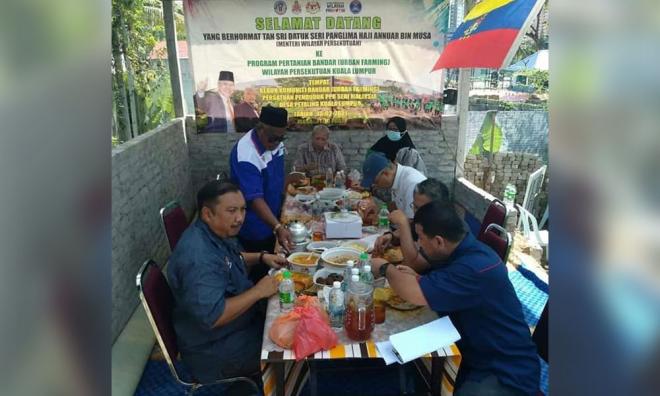 The wheels are creaking and may come off at anytime

COMMENT | Have our systems broken down? Are our law enforcement apparatus being methodically dismantled? Is there a class system in law-and-order implementation? Has the cookie finally crumbled for Malaysians and its leaders?

These questions are repeated as the Covid-19 pandemic spreads, and the resultant actions and inactions are rejected as unacceptable.

It looks as if that double standards have found a firm footing in the establishment and instead of acting with a firm hand, the use of the velvet glove can hardly be hidden from public view.

The events and incidents – sometimes bizarre – reflect the state of affairs and the situation of hopelessness that the prime minister finds himself in these days.

The 38 television addresses since he took office, albeit via the backdoor, have not helped instil any form of confidence. The class differentiation that existed in feudal systems of the past is seemingly becoming entrenched.

The horses of the leader's chariot are pulling in different directions, and the wheels are creaking – an imminent sign that the cog in the wheel is going to come off – it's only a matter of time.

Political expediency has superseded people's health, and we are left wondering when the squabbling and points-scoring will end and people's welfare will be the priority.

If Plantation Industries and Commodities Minister Mohd Khairuddin Aman Razali can pen an essay titled Holiday in Istanbul, then Federal Territories Minister Annuar Musa can find enough dope for another called Two escapades in a month.

When foxes are put in charge of the chicken coop, the inevitable happens. Lawmakers can only shout themselves hoarse on what happened at the Miri police station's lock-up last month.

But there has been nothing but elegant silence from Women's Affairs Minister Rina Harun. Perhaps she is busy finalising two scripts - Looking Gorgeous without trying and The mystery of the missing Minister. Meanwhile, Health Minister Dr Adham Baba is making a valiant effort to be nominated for the Nobel Prize. If last year he tried with air suam (warm water) as a cure for Covid-19, he made yet another medical breakthrough recently.

Malaysia's world-acclaimed scientists under his watch have developed a process whereby the Covid-19 virus is able to detect a politician from a non-politician.

That explains why Adham decreed that cabinet ministers require only a three-day quarantine while lesser mortals have to stay home for 10 days. And definitely, the Nobel prize judges are going to have a difficult time to decide which of his discoveries or both, deserve the accolades.

One asked a motorist for a date while another, instead of ensuring they used face masks, made a bold attempt to check if she was wearing a bra!

The flip-flops, the U-turns and proposing SOPs without consultation and consideration has created a "damn and be done" culture among the decision-makers.

How else do you account for family dinners being considered Chinese New Year dinners? Wasn't there any common sense used when it decreed that the SOPs were for Chinese New Year and not the traditional New Year eve dinner?

There are enough video clips and graphics floating on social media which depict the not-so-good sides of other ministers and enforcers.

When will our decision-makers stop falling over themselves? While Science, Technology, and Innovation minister Khairy Jamaluddin seems to be apt in his new role as immunisation minister, others are making statements as if there is no one – not even the prime minister – in control.

Is it too much to ask our decision-makers to put on their thinking caps before opening their mouths? Shouldn't they be working in our interests instead of their own?

After all, their salaries come from us – the taxpayers and they should focus on getting us back on our feet. By virtue of being members of an unelected government, have they also become unaccountable and untouchable?


R NADESWARAN, like most Malaysians, is sick and tired of the outdated antics of the circus and feels that a firm hand is needed to put the acts on the right footing. Comments: citizen.nades22@gmail.com
Posted by KTemoc at 7:06 am