Pendang villagers protest against dog shelter in their neighbourhood

Villagers protest against dog shelter as their new neighbour 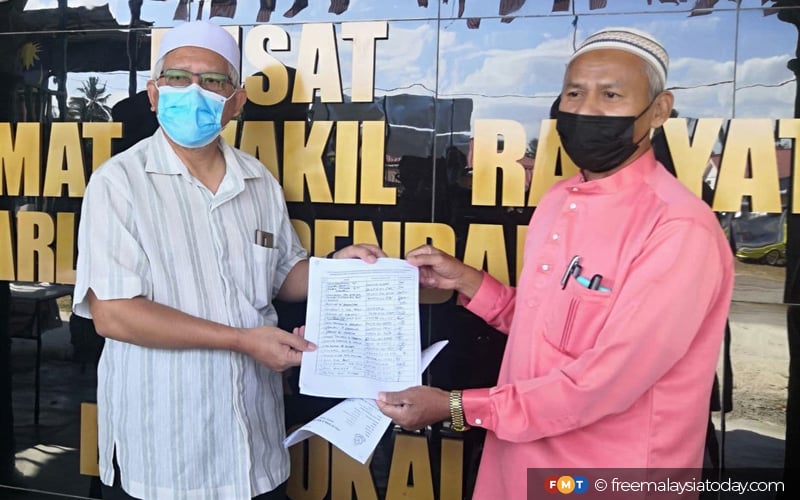 ALOR SETAR: Residents of a village in Pendang, near here, are up in arms over the relocation of an embattled animal shelter with some 300 rescued animals, mostly dogs, to their kampung nestled in a padi field.

A village chief handed over a protest note to their assemblyman Dr Mohd Hayati Othman, who chairs the state executive council’s health and local government committee.

Kg Kubang Jelai village committee chief Md Daud Rusdi Hassan said the village was not suitable as the site of the shelter as it was predominantly Muslim, and the prospect of having “400 over dogs” in their backyard was not welcome.

The Pak Mie Shelter, with 220 dogs and 100-odd cats, is to move tomorrow from its current location by the banks of Sungai Kedah to a 6,300 sq ft warehouse fully funded and renovated by preacher Ebit Lew.

Daud said it would be highly likely that animal excrement from the new shelter would be dumped into an irrigation ditch which supplies water to a 300-acre padi field behind the warehouse.

The warehouse was previously used as a fertiliser processing plant and packaging facility, Daud said.

“We are upset that Lew is bringing the dogs here and will place them at the warehouse. He has come here twice but never once he spoke to us about it. We learnt about this in the news.

“I have called him 20 times but he has not answered. I hope that the dogs will not come here. This is a Muslim area. We will hold a protest tomorrow morning. We don’t want dogs here,” he told reporters.

Hayati said it would be unconscionable to bring dogs into a Malay kampung which has a mosque not far away.

He said the villagers have lodged a police report as they were concerned if anything “untoward” might occur to the owner of the warehouse.

Hayati said the issue of relocating the Pak Mie Shelter was a long-standing one. He said the Kedah government had previously planned to relocate it to Kampung Bukit Pak Kiau in Pokok Sena, but had also received objections from the locals.

He said no district officers in Kedah were keen to have a stray dog shelter in their midst, during a search for a suitable land for the shelter.

“This is their village, they have the right to protest. I urge Pak Mie Shelter to postpone their move. Lew must think about the surroundings. You cannot solve a problem in one area and push it somewhere else,” he said.

He said the state planning committee would seek a final solution by Feb 28.

“Rest assured, the next possible site would be farthest away from humans,” he said.

Pak Mie Shelter operator Badirol Hisham Azmi said he was disheartened by comments made by the villagers and the assumption the shelter would dump faeces into the irrigation canal nearby.

He said the warehouse was far away from the village and the mosque was at least 500m away.

“I am at a loss. Everywhere cannot. All lands are occupied by humans. Are you expecting us to be placed on a lake, river or in the jungle? Kedah is so huge, isn’t there an inch of land to home stray animals? We are not asking for five acres, just half an acre.

“Looks like we won’t be able to move tomorrow. I can only pray to Allah to help us,” he said when contacted.
*********
kt notes:
Wakakaka, not surprised - Kedah is Sanusi-Land where even Hindu shrines have been erased, thus let alone allowing the setting up of a stray dogs home. I can't blame Pendang Muslim residents for exhibiting the NIMBY syndrome. Dogs might have been Allah (swt)'s creatures and creation but they are still dogs, deemed as 'unclean' to Muslims.
As I penned in a previous post [For dog lovers, especially the kok-tokkers in Penang]: ... caring for numerous unwanted God's creatures but of a variety (dogs) that most Malaysian Muslims despise and shun ...
No doubt their fellow Muslims would be unsympathetic to their efforts, and probably be also shunning them, and with a Sanusi (PAS) state government, the obstacles to their Samaritan task would be VELL-y VELL-y Sisyphean. 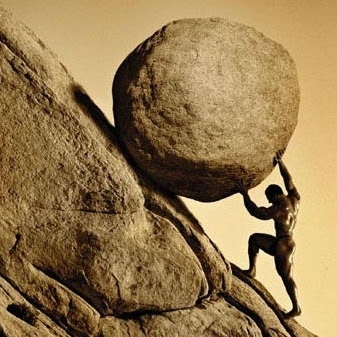 Zeus was angry with Sisyphus and punished him with the task of forever rolling a boulder up a hill in the depths of Hades, hence such seeming endless and virtually impossible-to-complete tasks are called Sisyphean tasks (or efforts)

I wonder what those so-called dog lovers, especially in Penang, would do to help relieve their task. Don't just tok-kok in Penang nor merajuk against the CM there - come help this amazing Muslim family with their humane task - yes, for example, find a piece of land in Penang and provide a shelter for the creatures which will never ever have a home in VELL-y rich in rare earth & durians but VELL-y unfriendly-to-dogs Kedah.
Yes, the Kedah option, Ebit Lew's compassionate donations notwithstanding, doesn't look good. I hope the Penang dog lovers can and will offer a feasible alternative in Penang for Pak Mie's children, Badirol Hisham Azmi and Roslida Azmi. And the associated expenses will no doubt be still generously offered by Ebit Lew.
Related:
(1) For dog lovers, especially the kok-tokkers in Penang.
(2) Alhamdulillah - Ebit Lew shows his Islamic compassion for dogs in Kedah.
Posted by KTemoc at 12:38 am