Cop at roadblock told me to ‘lift my blouse or be fined’, claims woman 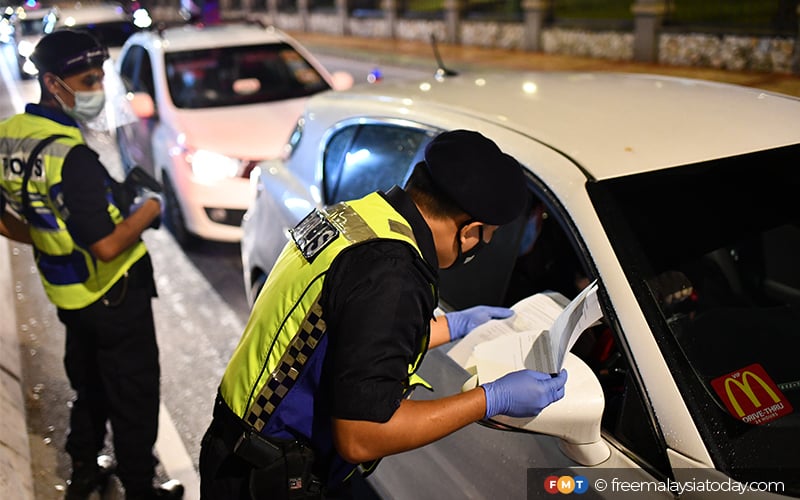 Bukit Aman has started probing one such claim of sexual harassment at a roadblock.

PETALING JAYA: After a woman tweeted a complaint about how a policeman at a roadblock attempted “to get to know her better,” several others have taken to social media to detail their encounters.

In the latest incident, a woman lodged a police report claiming she was sexually harassed by a policeman while she was going through a roadblock along Jalan Duta today.

Ain Sabrina Yusof, 24, said the policeman had asked her to lift up her blouse to avoid getting fined.

“At that time, I had forgotten to bring my licence,” she said in a series of tweets on her profile, @sabiyusof, detailing the event.

“After that, he insisted on exchanging contact numbers with me despite me telling him I was uncomfortable.

“He gave me his phone and asked me to give him a missed call in front of him (so he could get her number).”

Sabrina, a systems analyst at a data consultancy company, said she was left shaken by the incident, adding that police should be protecting citizens, instead of harassing them.

“I was not only sexually harassed, but forced to give him my number. I was threatened with a fine if I did not comply. What an abuse of power.

“I feel disgusted that women are seen as objects and we as the rakyat should feel protected. Instead, we are abused like this,” she told FMT.

Separately, police are currently investigating whether one of their personnel had crossed the line by texting a woman to purportedly “get to know her better”, after stopping her at a roadblock.

The woman said she was on her way to purchase some groceries when the policeman stopped her at a roadblock.

She said he had then jotted down her details, including her phone and licence plate number.

She then said the policeman messaged her on WhatsApp shortly after. In a screenshot of the conversation attached to her tweet, the policeman had said he wanted to get to know her better.

Her tweets, which have since gone viral, encouraged other women to expose similar experiences when stopped by policemen at roadblocks during the movement control order.
Posted by KTemoc at 10:21 pm