Najib: Covid-19 only a danger in Dewan Rakyat 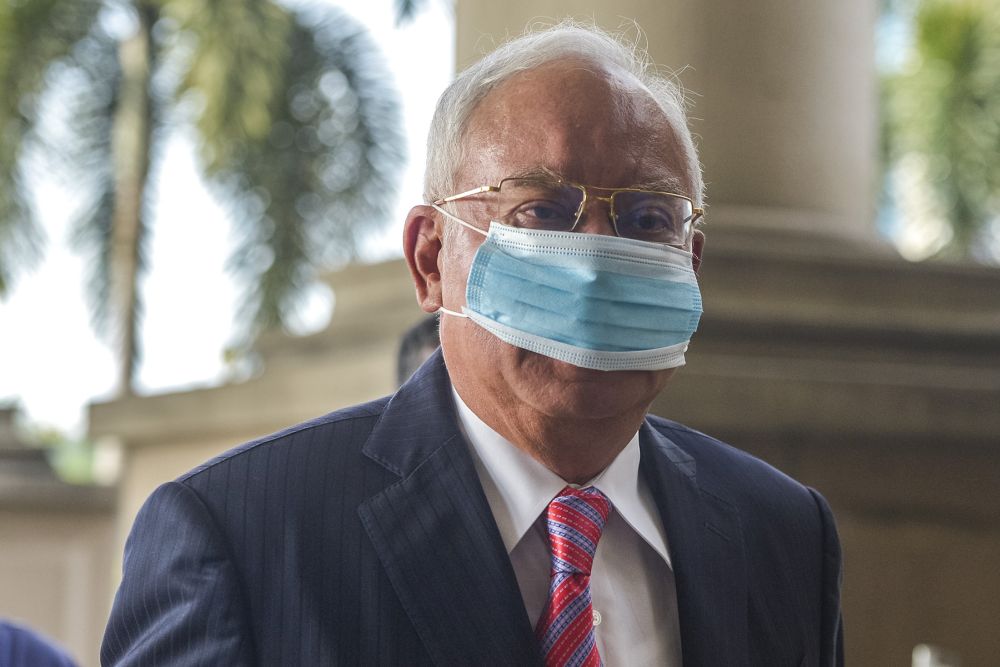 The Pekan MP on trial for corruption pointed out that many economic sectors were now allowed, but wryly noted that Parliament was still suspended.

He was commenting on Senior Minister Datuk Seri Ismail Sabri Yaakob’s announcement earlier this evening, lifting the two-person limit for each table in restaurants as well as passengers in cars.

He said: “4D shops, slot machine shops, casinos reopened” and asked if there was a need for the police to man roadblocks or patrol the country to ensure MCO compliance.

“Do we still need MCO if Covid is just a danger in Parliament?” he posted on his Facebook page.

In his announcement earlier, Ismail Sabri said all restaurants nationwide are allowed to seat more than two people at a table for dine-in meals effective tomorrow, regardless of whether they were located in areas under MCO or otherwise.

The defence minister also said there will no longer be a limit to how many passengers are allowed in one vehicle; instead, the number of occupants should follow the vehicle’s capacity.

However, he added that social events like wedding receptions are still not allowed to be held in MCO states, though he said the akad nikah, which is the solemnisation of marriages for Muslims in mosques will be allowed, capped at 20 attendees, excluding the qadi (marriage official) and a witness.

The current MCO, which was to end tomorrow, has been extended for another two weeks, until March 4, for Kuala Lumpur, Selangor, Johor and Penang.

All other states, except for Perlis and Sarawak, will be placed under CMCO according to the same time frame.