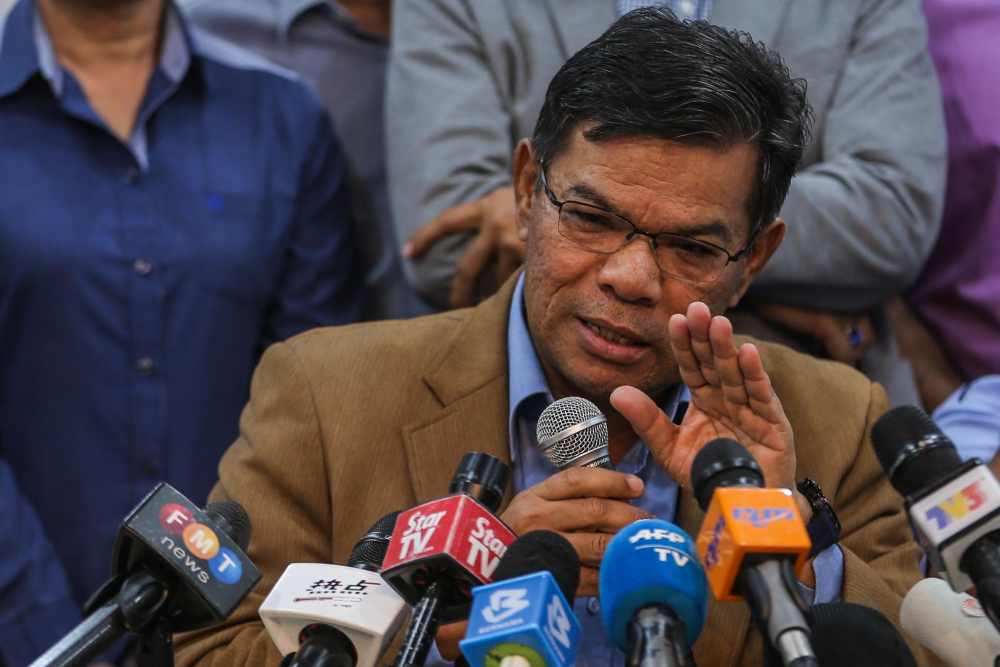 Datuk Seri Saifuddin Nasution Ismail suggested that the attempts to lure PKR MPs to defect came right as the Yang di-Pertuan Agong’s decreed that Parliament can sit during the Emergency, even as Perikatan Nasional is said to have lost its majority. ― Picture by Hari Anggara

He suggested that the attempts to lure PKR MPs to defect came right as the Yang di-Pertuan Agong’s decreed that Parliamentcan sit during the Emergency, even as Perikatan Nasional (PN) is said to have lost its majority.

“PKR is aware that there are planned measures that are being undertaken by certain parties to weaken the strength of the people's representatives, especially the Opposition MPs, including from PKR,” he said in a statement.

“This is being done with a threat and bait approach whether it is related to income tax issues, police investigations and the Malaysian Anti-Corruption Commission or through project offers and positions in government-linked companies.

“This happens when the current government has lost the support of the majority in Parliament, and in the case of a Parliamentary session can be held during the Emergency in force,” he added.

“At the same time, it is clear in the eyes of many that the government is now unable to solve the various problems of the people, whether related to education, employment, or public health.

“Therefore, PKR condemns the desperate move to make PKR MPs leave the party to become independent or join the government party, either through threats or gifts,” he said.

Earlier this week, it was reported that the Yang di-Pertuan Agong has decreed that Parliament could reconvene even during the Emergency period, upon the advice of Prime Minister Tan Sri Muhyiddin Yassin.

PKR’s Tebrau MP Steven Choong had also recently denied that he was joining the PN coalition, after he was seen frequenting the ministers’ office.
Posted by KTemoc at 5:18 pm