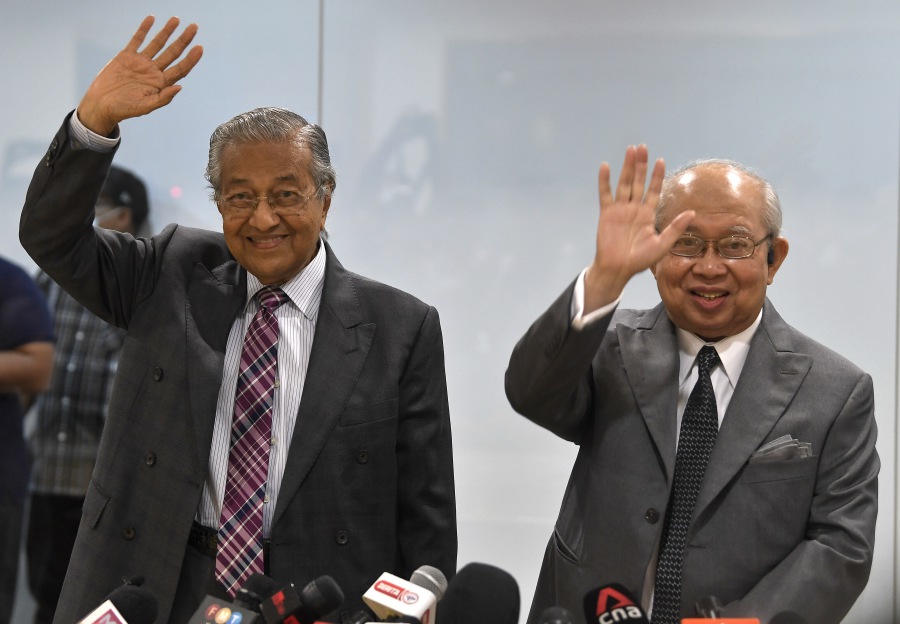 Party veteran Tan Sri Yussuf Latiff said Umno should welcome Dr Mahathir's recent statement that he could return to the party, provided the biggest Malay party returns to its original policy of fighting for race, country and religion.

Yussuf said Tengku Razaleigh was one of many leaders still respected by all, and that even Dr Mahathir himself had met and discussed with the former finance minister to find the best way to unite the Malays.

"Tengku Razaleigh has the capacity (to do so) as the Umno advisory board chairman and as such, he can advise everyone to be forgiving and have an open heart to accept Dr Mahathir back to the Umno fold for the good of the race, country and religion," he said today.

Yussuf said current Umno leaders must think of the future of the Malays and set aside their own personal interests and positions.

"The time is ripe for Umno to prove that it has a big heart. If they want to win in the coming general election, they should accept whoever wants to return and support the party," he added.

"(Datuk) Onn, Tunku, (Tun) Razak and (Tun) Hussein had sacrificed for the party and the country without any personal interests.

"Dr Mahathir can sit together with Tengku Razalegh to discuss and propose changes which can be made by Umno to ensure it continues to remain in power and fight for the rights of the Malays and Islam," he added.

Yussuf said with Dr Mahathir's return to Umno, all splinter parties can be disbanded to rejoin Umno, just like Parti Melayu Semangat 46.

During the "Bersama Tun M" program on Wednesday, Dr Mahathir had said that he could return to Umno only if the party returns to its original policy of fighting for race, country and religion.

He also admitted that having been Umno president for 22 years, he still loved the party but not its leaders.
Posted by KTemoc at 8:36 pm