Police probing Steven Gan (MKINI Editor) & Charles Santiago (DAP MP KLang) - is this an action by an insecure government snuffing out democracy, one by one? 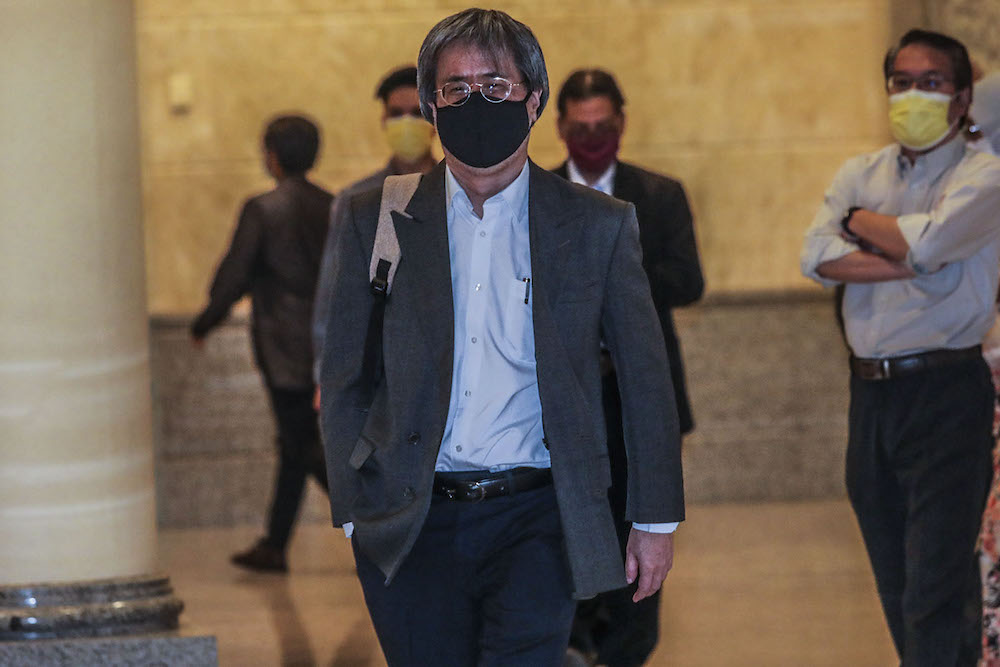 Malaysiakini editor-in-chief Steven Gan arrives at the Federal Court in Putrajaya February 19, 2021. ― Picture by Hari Anggara
KUALA LUMPUR, Feb 22 — Malaysiakini editor-in-chief Steven Gan and Klang MP Charles Santiago are under police investigations over their comments on the Federal Court’s decision that found the news portal guilty of contempt and fined it RM500,000.

Malaysiakini reported Kuala Muda district police chief confirming that two separate police reports lodged were by an individual from an NGO based in Gurun, Kedah.

The news portal said that investigation papers have been opened under Section 4(1) of the Sedition Act 1948 and Section 233 of the Communications and Multimedia Act (CMA) 1998.

In an immediate response, Charles defended his right to comment on the case involving Malaysiakini, citing Article 10 of the Federal Constitution that grants citizens the rights to free speech and expression.

“I was, therefore, exercising my fundamental right. And in this regard, I should be able to express my views and concerns about the verdict without the fear of contempt or police reports, in this instance.

“The Federal Court’s decision was not unanimous. There was a dissenting judgment. It’s equally important to remember that Federal Court decisions have been reversed and as a lawmaker, I am duty-bound, to speak out.

“Police reports seem to fast become a norm in this country. I really hope we can look at other crucial issues Malaysia and her people are grappling with now,” Charles said in a statement, and offered his full cooperation to the police should he be called for questioning.

Separately, DAP secretary-general Lim Guan Eng expressed shock over the police investigations, and stated his support for Gan and Charles.

“DAP is gravely disturbed by police investigation under Section 4(1) of the Sedition Act and Section 233 of the Multimedia and Communications Act, on both Malaysiakini editor-in-chief Steven Gan and DAP Klang MP Charles Santiago, for criticising the Federal Court decision finding Malaysiakini guilty of contempt of court for comments left by its readers.

He lamented that police investigation into Gan and Charles would only serve to stifle freedom of the press and speech even more.

“Is putting freedom of the press and speech on straitjackets the new normal after the declaration of emergency and suspension of Parliament? Without a functioning Parliament, the government can exercise dictatorial powers,” he added.

Lim said that the investigation would only give a “negative impression of an insecure government that has lost its parliamentary majority, systematically snuffing out democracy and fundamental human rights, one by one.”

He also asked if the police would also investigate the many similar comments and criticisms which were made, after the Federal Court’s verdict.
***
From TMI:

No longer an offence to criticise judiciary, says Ramkarpal

BUKIT Gelugor MP Ramkarpal Singh said it was no longer an offence under the Sedition Act to criticise the administration of justice.

He said this in support of Malaysiakini editor-in-chief Steven Gan and Klang MP Charles Santiago, who both face police investigations for criticising a Federal Court decision against the news portal.
***

Niamah lah, what has the AG got to say when it is no longer an offence under the Sedition Act to criticise the administration of justice?
Posted by KTemoc at 5:32 pm