Why no action against alleged seditious posting, Yeoh asks cops 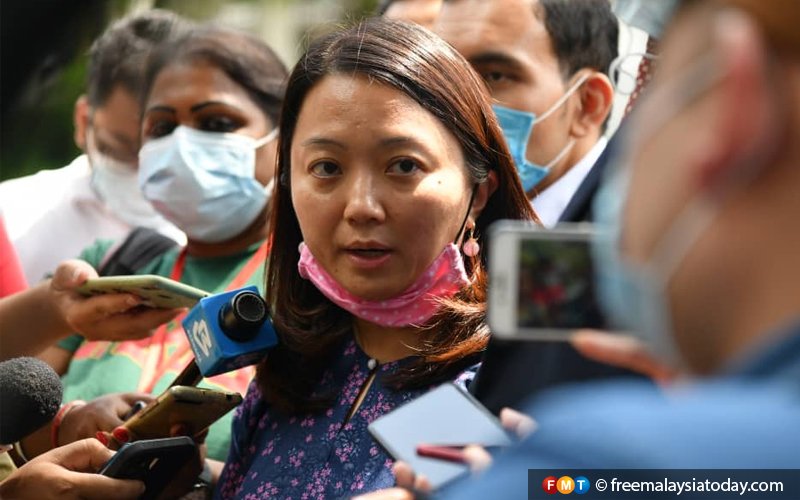 Hannah Yeoh was summoned to Bukit Aman over an online poster on child marriage.

PETALING JAYA: Segambut MP Hannah Yeoh has urged the attorney-general to clarify why the case involving an allegedly seditious posting wrongly attributed to her has been classified as “no further action” (NFA).

The former deputy women, family and community development minister said she had been just informed on the status of her case by the police.

In a statement, she questioned the decision to call for a NFA, despite Inspector-General of Police Abdul Hamid Bador revealing that investigations had shown the posting was linked to muafakatnasional.net.

“The fake statement made against me has caused a public nuisance. Why has no action been taken against the parties who posted the fake statement, even though the IGP has openly identified the mastermind?

“Is the decision made by the attorney-general in line with the provisions of the law, or is there any other reason that has nothing to do with the law?” she asked.

In a tweet in March last year, Yeoh had asked what would happen to the national roadmap to combat child marriage after PAS MP Siti Zailah Mohd Yusoff was named the deputy women, family and community development minister, following the change of government.

An online poster later claimed that Yeoh had said child marriage would be rampant as her successor was from PAS.

Yeoh, who denied making such a statement, was summoned to Bukit Aman in June for questioning in connection with the social media posting, after which Hamid clarified that the seditious posting had nothing to do with her.

Hamid said a statement had been recorded from the person suspected of having made the poster and police had seized the gadget believed to have been used to upload it.

All investigation papers were then sent to the Attorney-General’s Chambers for further action.
Posted by KTemoc at 11:35 am