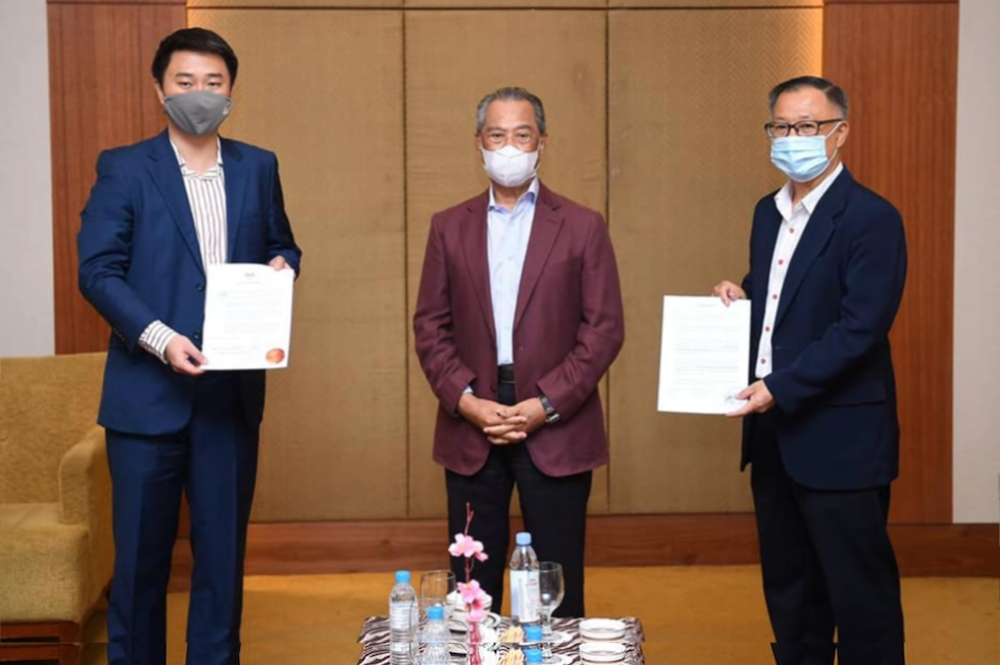 “Today, I received the statutory declarations from two Opposition members of parliament stating their support for the Perikatan Nasional government,” he said on Facebook.

He added that the SDs were delivered to him by the two defecting lawmakers after a gathering of the Cabinet to mark the one-year anniversary of the PN administration in Putrajaya.

Muhyiddin,who is the prime minister, expressed hope that the defection would bolster the PN government in its efforts to manage the Covid-19 pandemic and rebuild the economy.

It was not immediately clear which PN party the two defectors would join but former Barisan Nasional component Gerakan appeared to be a natural fit.

Yesterday, Sng resigned suddenly as the Sarawak PKR chief without making clear if he was leaving the party.

Earlier this week, Choong denied that he defected to PN, insisting that the allegations were down to his coincidental meetings with some ministers on what he claimed to be constituent matters.

Rumours have circulated this month that PN was making overtures to Opposition lawmakers in an attempt to regain the parliamentary majority it appeared to lose in January when three Umno MPs openly withdrew support for Muhyiddin.

Shortly after, the Muhyiddin administration advised the Yang diPertuan Agong to declare a state of Emergency across Malaysia, during which all legislatures and elections are suspended.