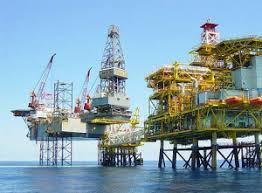 KOTA BARU, May 23 — The Kelantan government stays with its 5 per cent oil royalty claim as stipulated in the agreement signed between the state government and Petronas in 1975.

Kelantan Mentri Besar Datuk Ahmad Yakob said the royalty claim was among the things to be discussed at a meeting between the state and federal governments in the near future.

He said he would send a letter to inform of the meeting between the two parties in the near future and was waiting for the right time to pay a courtesy call on Prime Minister Tun Dr Mahathir Mohamad in Putrajaya.

“We stay with a 5 per cent royalty claim. It is very generous of the Pakatan Harapan federal government if they want to give us 20 per cent (as in the manifesto). This matter we will mention in the meeting with the prime minister,” he said.

Let's see if the Pakatan government will keep its words, to increase oil royalty to the relevant states to 20%.