3 murders - which one will be picked for review?

With apologies to the composer of:

Three coins in the fountain,
Each one seeking happiness.
Thrown by three hopeful lovers,
Which one will the fountain bless?

I have paraphrased the lyrics of the famous song:

Three murders in the nation,
Each one seeking true finding.
Thrown by three hopeful seekers,
Which one will the nation satisfy?

There have been many murders in Malaysia but not to the extent of the USA or other more violent countries eg. Philippines, India, Indonesia etc.

The 3 quite famous ones in Malaysia involved 2 Malaysians and one Mongolian.

But the one most likely to be "re-visited" will be the one involving the Mongolian.


Why? And why not the ones involving Malaysians?

Those three murders I have identified have been the murders or alleged murders of:

Case (b) is out because Shukri Abdull, the (Mahathir-approved, wakakaka) MACC Boss, has already said Kevin Morais was not involved nor related to 1MDB, much as "Saint Teresa" Clare would have liked it after claiming Kevin was her informer on 1 MDB.

Thus reopening his case would be a waste of the government's time and resources in 'fixing' Najib kaukau.


Case (c) would not be re-opened because his assumed murderers would likely be 'orang kita'; you can work out the "mathematics" of it, apart from the obvious fact his murder re-investigation is unlikely to kowtim-rise Ah Jib Gor.

And it will also be an embarrassment to LKS.

The Altantuyaa's murder will be re-opened if they cannot get Najib through 1MDB. There is a tenuous link between Altantuyaa and Najib, established by the hearsay words of one man, the late P Balasubramaniam - for more, see my posts:

They want to and will get Najib one way or another - and if Altantuyaa's soul has to be disturbed again and again, so be it as the end justifies the means - meaning if a goal is important enough to "someone" (wakakaka), any method of achieving it is acceptable. If 1MDB is enough to get Najib, then that's the end of the Altantuyaa story. 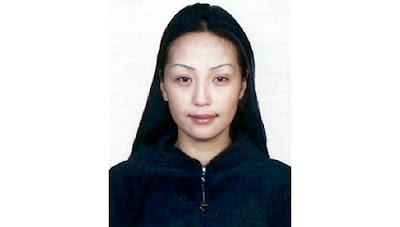 As I journey through the darkness of cold oblivion
Borne on the back of Shava to meet his master
Assigned to Samsara by cruel nefarious forces
Which ended my karmic forces violently, abruptly

In my odyssey, wandering by the woeful Acheron
Was there a time when I had felt soothing voices
To comfort me amidst my lonely pains and fears
Yes I do, only from the One who is fragrant Pure

Grandstanding acrobatics, their excuse to dispense
With all norms, purportedly all for me (wry smile)
I must confess I view with scepticism and distaste
As I would professional chest-pounding mourners

As the pseudo-pious pirouetting pachyderm crushes
What little good left of my name, what trust exists
In my family’s hope for requital of my cruel murder
I realize those raucous battle cries were not for me

Summoned by conjured justice to now serve Fenrir
To break asunder Gleipnir but only with my death
Re-evoked, for my soul to be murdered a 2nd time
To satiate the burning thirst of Angrboda’s 1st child