From Thai Zero to Malaysian Hero 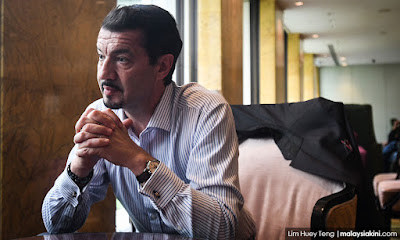 For former PetroSaudi International executive Xavier Andre Justo, spending 18 months in a Thai prison could only be described as a nightmare.

In an interview with Malaysiakini yesterday, Justo recalled being in a cramped cell with little sanitation and ventilation, along with a few dozen inmates.

“I was sleeping on the floor in 45-degree heat, with cockroaches. There were people with tuberculosis and strange diseases. It was a frightening experience,” he said.

Justo was jailed in August 2015 after he confessed to blackmail charges brought against him by his former employers. The alleged crime was supposed to have taken place in 2013.

He had left PetroSaudi International in 2011, two years after the company received US$1 billion from the infamous joint-venture with 1MDB. In just six months, the joint-venture flopped. 1MDB has not been able to show what’s left of the money since.

The charges against him, Justo maintained, were trumped up to discredit the PetroSaudi email cache that he had supplied journalists. He was also made to sign a confession to cast those journalists in bad light.

Sir, that horrible part, where you were convicted and jailed as a lowdown blackmailer, is all over now. You're in safe hands in the Malaysian Shangri-La, and will once again be treated as virgin-you were by your own dear mother.

We believe you whole-heartedly. Consider yourself now beautified, canonised and squeaky clean by Pakatan process.

One word of advice though - don't ever claim Kevin Morais was your informer. You'll sound like a liar, and if you do, that's because our new-old MACC Boss said the late Kevin Morais was NEVER involved in 1MDB. 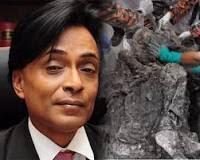