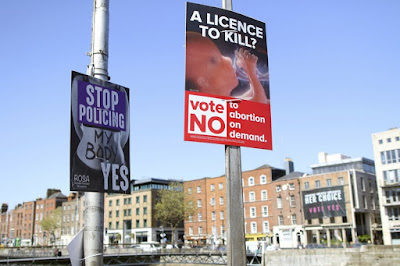 DUBLIN: Ireland voted overwhelmingly to liberalise some of the strictest abortion laws in Europe on Friday, according to exit polls in a historic referendum in the traditionally Catholic country.

The vote to repeal a constitutional ban on terminations except in cases where the mother's life is in danger was predicted to win by a two-thirds majority.

An Irish Times poll of 4,000 said the "Yes" camp was leading by 68% to 32%. Another poll by national broadcaster RTE suggested an even bigger victory, with 69% to 30% backing reforms.

The Irish Times survey suggested that women voted by 70% in favour of the proposal and 30% against. Support among men was 65% pro-choice and 35% anti-abortion. 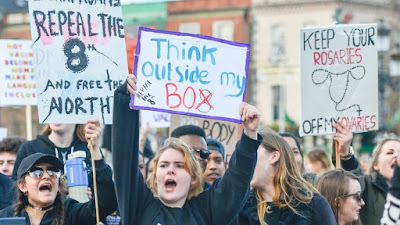 "Thank you to everyone who voted today. Democracy in action. It's looking like we will make history tomorrow," Prime Minister Leo Varadkar, who backs the reform, said in a tweet.

People over 65, however, voted mostly against change.

Among the youngest voters, 18-24-year-olds, the poll found 87% had voted to allow abortion, according to the poll.

Nearly 3.5 million voters were asked whether they wanted to overturn the ban after an emotional and divisive campaign. 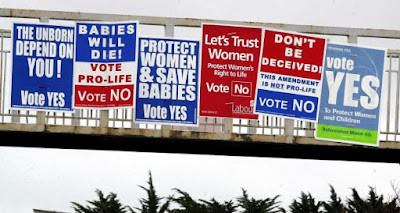 Ireland (Eire) is a staunch Catholic nation so the polls will be rather telling on the opinions of today's Catholics.

Historically the major problem for Catholics was not so much abortion per se as it was to use condoms while having sex. Once the Catholic Church prohibited the use of condom and advocated only the rhythmic method, which was to plan sexual activities only when the female was not ovulating.

But in late 2010, the previous Pope, Pope Benedict XVI who resigned as Pope in February 2013 due to age and health, made a historic monumental decision to permit use of condoms. 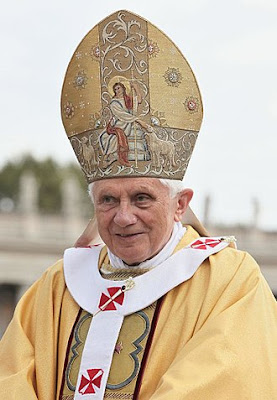 After decades of fierce opposition to the use of all contraception, the Pontiff has ended the Church’s absolute ban on the use of condoms.

He said it was acceptable to use a prophylactic when the sole intention was to “reduce the risk of infection” from Aids.

While he restated the Catholic Church’s staunch objections to contraception because it believes that it interferes with the creation of life, he argued that using a condom to preserve life and avoid death could be a responsible act – even outside marriage.

Now, the Irish are taking the matter one further step, that of legalising abortions.

Obviously they aren't waiting for His Holiness Papa to say that abortion is OK with the Church when they know it's not - using condom is one thing whilst performing abortion is another.

But very few Catholics nowadays wait for the Vatican City to okay issues of such nature. It is now an Irish referendum on its national law on abortion. 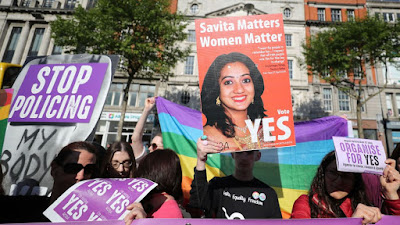 Buddhists are also okay with use of condoms though religiously, the teachings frown on any taking of life, which to the Buddhists, begins at conception, thus does not support abortion. Buddhism does not prohibit its followers, just advises, as there is no compulsion in the religion.

As using a condom does not enable the conception of life, that's okay.

Mind, there are many many many Buddhists who don't bother about Buddhist teachings, wakakaka, but I wonder why they call themselves Buddhists.

As with most religions, there are always exceptions to abortion, especially when not having an abortion may result in the birth of a child with medical conditions that cause it to suffer, or with obvious danger to the heath of the mother.

I understand Islam unlike Buddhism considers a fetus only having life after 4 months, though its many Schools of Jurisprudence have different views on the matter.

But also unlike Buddhism, Islam's attitude towards abortion is based on Hadith rather than on its Holy Book, al Quran.

As for the use of condoms, this is what one Islamic website says:

Praise be to Allaah.

Although that is permitted, it is nevertheless makrooh and intensely disliked. Muslim (1442) narrated that the Prophet (peace and blessings of Allaah be upon him) was asked about coitus interruptus and he said: “That is the secret burying alive of infants.” This indicates that it is strongly disliked.

Coitus interruptus means intercourse in which, when ejaculation approaches, the man withdraws and ejaculates outside the vagina. It is makrooh in our view in all circumstances and with all women, whether the woman consents to that or not, because it is a means of preventing offspring. Hence in the hadeeth it is called “the secret burying alive of children,” because it cuts off the means of producing offspring, like killing a newborn by burying him or her alive. With regard to it being haraam, our companions said that it was not forbidden…

It is better for the Muslim not to do that, unless there is a need for it, such as if the woman is sick and cannot cope with a pregnancy or it would be too difficult for her or would cause her harm. Also, coitus interruptus cancels out one of the purposes of marriage, which is to have a lot of children, and it also means that the woman’s pleasure is incomplete.

While not haram (forbidden), it is makrooh (intensely disliked) because it involves 'The secret burying alive of infants'. 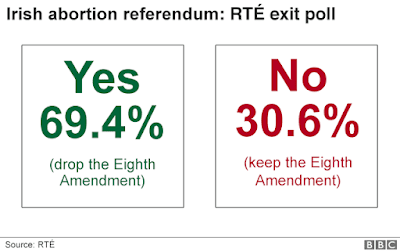