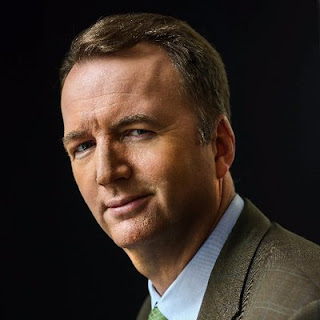 It’s been a while since I have seen you personally. It seems you have been well, especially since last week when your upstart coalition won control in Malaysia’s first surprising election.

During my two years at Bloomberg’s office in Kuala Lumpur, from 1996 to 1998, I regularly attended press conferences you held as prime minister. You once chided me for seeking too many details in your answers. That annoyed me, because when one was based in KL — as opposed to stopping by to write a quick dispatch, as most Western journalists did — nuances and details mattered greatly.

I’ll give you this: You were very available and ready with an answer to almost any question. You didn’t hide behind mystique, like Suharto in Indonesia. Look what happened to him!

The time I spent in Malaysia was formative. I have an enormous reservoir of fondness for the country and its rich culture and, yes, awe at its political brutality. As one who watched what went wrong 20 years ago (remember when you jailed your finance minister?), let me offer some advice as your team settles in.

First, the cabinet must prove it can govern. This takes priority over the hasty prosecution and jailing of anyone for their role in the 1MDB scandal, egregious though it was.

A culture of state cronyism grew up over six decades and won’t be reversed in six days or six weeks. In any case, you weren’t elected just because of that scandal; your predecessor’s party lost the popular vote not just this year but also in 2013, before most people had even heard of 1MDB.

The cabinet must disprove defeated leader Datuk Seri Najib Razak’s jibe that your bloc is a “motley” collection. They must prove they can set and execute an administrative agenda that prioritizes decisions affecting the daily lives of people.

Neither of us wants this period of democratic flowering to run aground over perceptions that adults have left the room.

Cited in the Wall Street Journal, Paul Wolfowitz likened the born-again alliance between you and Anwar as akin to that between the last apartheid-era South African president, F.W. de Klerk, and the revolutionary Nelson Mandela.

Here’s another comparison, one you will want to avoid: the short, chaotic rule of Japan’s Democratic Party from 2009 to 2012. That was supposed to be a new era. Instead, it came crashing down in a single term, collapsing under its own weight of inexperience and expectations that were way too high. The Liberal Democratic Party, which dominated the country since the American occupation, came storming back under Shinzo Abe, and nobody has taken the DPJ seriously again.

Don’t be afraid to break the mold. Just because you made mistakes the first time, including centralising power and taming the bureaucracy, you weren’t always entirely wrong. Along with much of the West, at the time I thought you were wrong to buck the free-market, austerity-minded consensus of the International Monetary Fund and the US Treasury. In the end, your capital controls and decision to fix the currency weren’t a disaster, and it’s the IMF itself that engaged in soul-searching about its mistakes.

When you saved important Malaysian companies, you were scolded for bailouts. You were certain the West would do the same thing if it had to. Yep, then 2007-2009 came along and, sure enough, dozens of systemically firms in the US and Europe were certainly bailed out. You were rightly condemned for remarks that had an anti-Semitic feel to them, but sadly those low points have since been matched and exceeded by political discourse on the American right.

It was a bold move to give the finance ministry to Lim Guan Eng, leader of the Democratic Action Party, one of the key groups within your new coalition. It’s the first time in four decades the job has gone to someone of Chinese descent. Given politics in Malaysia has often been conducted along racial lines, with Malays dominant, this is huge. Lim says he is, above all, a Malaysian. True enough. And exactly what he had to say.

Yet you haven’t quite given him the reins. Until Lim clears up some legal issues that he says were harassment from the former regime, you, Mahathir, will keep finance for yourself.

Resist the temptation to make this indefinite. One of the legacies of 1998, starting when you ousted Datuk Seri Anwar Ibrahim, is that prime ministers have been determined never to let the Ministry of Finance become a separate power base. They kept the role for themselves. I get the rationale, but it would be rich in symbolism and would help dispel concerns about your authoritarian instincts if you relinquish this one.

One of the biggest questions, particularly because you are 92 years old, is what comes next. I’ll write you separately on that one. Hint: It all hinges on how you handle the dynamic with your former rival Anwar.

Now in government, the former opposition simply has to get it right. Forget De Klerk and Mandela. Just avoid being the DPJ.

— Bloomberg Opinion
Posted by KTemoc at 9:19 am