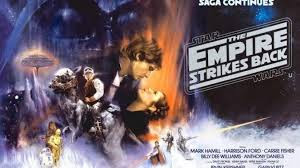 Days after the nation was fixated on witnessing the massive police raids on properties linked to former premier Najib Razak, the latter has emerged guns blazing at the new administration.

In the latest of a series of interviews on Malay Mail yesterday, Najib waved off Pakatan Harapan’s promises such as abolishing the GST and other economic reforms as the stuff of “fantasy” and unrealistic.

“This is the realm of fantasy. There is no way that they can achieve this,” Najib said, referring to Harapan’s promise to waive the National Higher Education Fund loan repayments, abolish the GST and reduce retail fuel prices.

Najib also cast doubt on the move to reduce the GST rate to zero, an interim measure announced by Harapan as part of the process to replace the tax altogether.

Najib attributed the reported failings of his administration to Harapan “demonising” him.

“I mean it already can be seen that three days after the election, they said the economy is in a strong position.

“Before that, they said the economy is in a bad shape, we are going towards bankruptcy, we need to save Malaysia,” he told Malay Mail.

“You mean in three days, the economy has recovered so dramatically?

“The reserves are so strong, we are getting good growth?

“No! These are statements made three days after the election,” he said, adding that the economy was already doing well under BN, citing appraisals by various market analysts such as Fitch and Moody’s.