MM Online - Malaysians raise over RM7m for Tabung Harapan in under 24 hours: In one year, assuming each and everyday the public contributes RM7 million, the Tabung will get 7 x 365 = 2.555 Billion, say 2.6 Billion rounded up.

That means Malaysia will solve its RM1 Trillion debt in 385 years (assuming for simplicity sake, the interests remain at zero).

Large donations like RM1 million from Lim Guan Eng's standby bail money will help tremendously. After all, Lim is unlikely to face charges or temporary incarceration thus the bail money, donated by the public, is not longer needed by Lim Guan Eng, thanks in large part to his father who recently told the AG to resign voluntarily.

OTOH, if the national debt is around 650 Billion, then it will be faster. 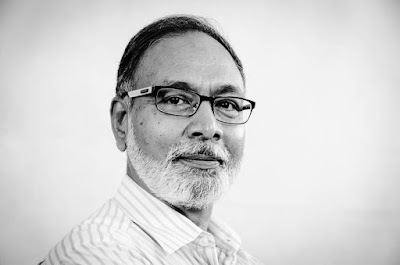 Lim should know that this is not included when the ratio is calculated in international debt figures. But, yes, government guarantees and contingent liabilities should be taken into account in assessing the overall debt picture correctly.

The next one that Lim includes is lease payments under public-private partnerships (PPP) of RM201.4 billion. But is this fair?

Here’s what Lim says: “However, in addition to the above, the federal government is also committed and obligated to make lease payments (including rental, maintenance and other charges), for a whole list of ‘Public-Private Partnership’ (PPP) projects such as the construction of schools, hostels, roads, police stations, hospitals, et cetera.

“The lease commitments which were designed specifically to circumvent the federal government guarantee and debt limits amount to RM201.4 billion (14.9 percent of GDP).’

This does not seem to be in the public domain. I tried looking for the official figures in the Accountant-General’s 2016 report but could not locate them. Yes, there are indications that this may have been on very favourable terms to those who obtained them but it is a legitimate means of reducing the government’s balance sheet practised now in many countries around the world.

Essentially under these arrangements, the private sector undertakes a project, for example, constructing a government office. In return, the government commits to paying rent for, say, 20 to 30 years. While borrowings reduce, as a result, the government’s operating expenditure rises.

Even if including PPP as debt is considered to be the right approach, it will be inaccurate to take into account the full repayments as debt obligations, as payments are made over long periods and include interest charges. Instead, it should be the capital expenditure incurred if the government has to undertake the projects. Damansara member of parliament Tony Pua, who seems to be assisting Lim in these matters, puts PPPs entered into by the previous government at around RM63 billion in value.

There is no denying that PPPs can be problematic. A problem arises if the private sector investors get too high a return, and the government suffers as a result. PPPs will not be classified as debt under most classifications. But, yes both guarantees and PPPs should be taken into account in the overall assessment of the debt and liabilities situation of the government.

No, the official debt figure is still RM648 billion, not RM1 trillion.

I like to think Guan Eng knows his accounts and that he was just bodek-ing his new boss in saying the national debt is RM1 Trillion, when it is RM648 Billion.