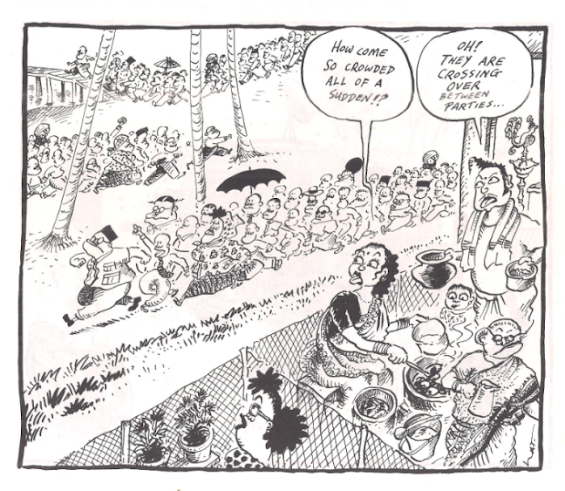 Under pressure, Prime Minister Mahiaddin alias Muhyiddin said a committee had been formed to look into factors before Parliament reconvenes. Like a rocket scientist, he argued that the committee needs to consider whether to deploy physical or hybrid parliamentary session. He then threw in Attorney General, Constitution, Standing Orders and whatnot to scare and confuse the people. 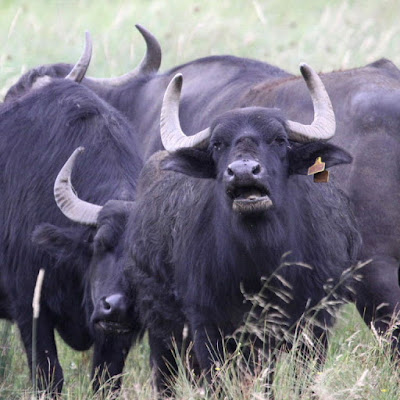 Malaysia is not the only country in the world that has declared an emergency as well as locking up the Parliament under the pretext of fighting Coronavirus, but also the only country in the world that needs a special committee to study how to reconvene the Parliament. It is like saying after driving for more than 60 years since 1957, suddenly you need to learn how to drive.

Yes, the country has been conducting its parliamentary sittings since independence in 1957. Therefore, it’s laughable to argue that you actually need a committee to advise how to hold a basic meeting in the Parliament. Mahiaddin talked as if the 220 Members of Parliament were some sort of kindergarten kids who had just got elected and this is the first time such meeting is happening in Malaysia.

Perhaps the self-described stupid prime minister thought all the people were stupid enough to buy his truckload of bullshit. When Malaysia’s Parliament last sat on Dec 14, 2020, with a vote for the 2021 Budget approved, all the MPs were not even vaccinated. Yet, the session went smoothly without any advice from any committee about so-called physical or hybrid parliamentary session.

But after the Agong (King) decreed on June 16 that the Parliament must reconvene as soon as possible, with a free dessert thrown in that the current emergency will not be extended after its expiry on August 1, suddenly the panicked backdoor prime minister insisted on a committee. As mocked by former PM Najib Razak, you just need 2 steps – inform the Speaker and then start the meeting.

Here’s the funny thing – backdoor Speaker “Art Harun” Azhar Azizan Harun was the one who had shot down the idea of a virtual or online proceedings of the Dewan Rakyat (Lower House of Representative) as early as October 2020. A month later (Nov 4, 2020), under pressure, de-facto Law Minister Takiyuddin Hassan said the regime was considering virtual parliamentary sitting. 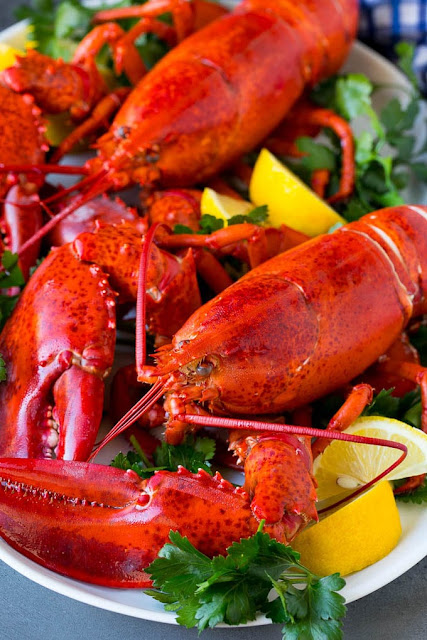 If the country’s five million students (5,407,865 students with 405,716 teachers) could attend virtual or online learning since March 2020, it’s both hilarious and bizarre that the Muhyiddin government could not figure out how to get 220 MPs to do virtual meeting. Does the clueless and incompetent regime know how many people had died due to Coronavirus during this period?

And the pussyfooting happened even before the prime minister lost his simple-majority support in the Parliament, which had led him to convince the King to grant him the absolute power on January 12. If they took 7 months to study something as simple as virtual meeting, you can bet they would take another 7 months for the committee to do the same thing.

Like it or not, the backdoor government has no choice but to ignore the King’s decree – twice – even if it means the disgraced regime would end up insulting all the nine Sultans. Between losing great power and offending the monarchy, the choice is obvious to the power-hungry Mahiaddin and his minions. Do you really think they care about protecting Muslims or defending Malay Rulers?

But make no mistake. Part of the reason Mahiaddin dares to offend – even insult and belittle – the Agong has everything to do with UMNO, the biggest ally in the Perikatan Nasional government. Even though UMNO is not on the same page with Mahiaddin’s party Bersatu (PPBM), the prime minister knew that the United Malays National Organization is too chicken to quit.

Today, UMNO president Ahmad Zahid Hamidi issued a so-called ultimatum – Perikatan Nasional has 14 days to reconvene Parliament, or his party will call a Supreme Council meeting to discuss its next step. However, this is not the first time UMNO, under the weak leadership of Zahid, has threatened the leadership of Prime Minister Mahiaddin. Zahid’s threat is nothing but hot air.

At its general assembly in March, UMNO gave its supreme council the mandate to withdraw support for the fragile government at any time it sees fit. But Zahid was both clueless and directionless even after the party delegates gave him the nuclear weapon. None of the UMNO’s 14 ministers and deputy ministers in the Cabinet gives two hoots about their president, Zahid Hamidi.

Based on his past track record, chances are Zahid will drag his feet after his 14 days warning because he is simply too weak and irrelevant to influence the Supreme Council to quit the government. He probably was trying his luck with his empty threat, hoping that the prime minister will drop all his 87 charges related to money laundering and corruption and criminal breach of trust (CBT).

If Zahid was a strong leader, he would have immediately called for an emergency Supreme Council meeting after King Sultan Abdullah’s decree on June 16. Yes, if the threat was serious, the UMNO Supreme Council would have had its meeting on June 17, and decisively issued a 7 days ultimatum to quit the coalition if the Parliament does not reconvene immediately.

Exactly why make life difficult and complicated during the current Covid pandemic by giving a 14 days warning, and then only call for a Supreme Council meeting, which may take another 14 days because the council is divided into Court Cluster and Minister Cluster camps, after which the council may not be able to come to a conclusion?

UMNO empty vessel warlords can scream and pretend to be loyal to the Agong in demanding for the Parliament to reopen. But they are being disillusioned to think people are too dumb to realize that UMNO is part of the Perikatan Nasional government. Hence, UMNO is equally as disloyal, disrespect, treasonous and traitorous as Bersatu to the nine Malay Rulers.

In fact, UMNO should pull out from the government immediately if the party and all its so-called Malay nationalist leaders are indeed loyal to the Malay Monarchy Institution. The Mahiaddin regime will collapse instantly. But they are too corrupt, power-hungry, selfish and hypocrite to do that. And this is precisely why Mahiaddin is calling Zahid’s bluff – again.

Still, ignore and insult the King’s decree at your own peril. How long can the Sultans suffer the humiliation from the fake Malay-centric backdoor government? The coalition, consisting primarily of UMNO, Bersatu and PAS, had already embarrassed the monarch in February when they rubbished the King’s decree to reconvene the Parliament.

Today, the same government has again humiliated not only the King alone, but all the 9 Malay Royal Households. Perhaps they have forgotten that under the current State of Emergency, the Emergency Ordinance gives power to the King to call for Parliament reconvene without the advice of the Prime Minister under Section 14 and 15 of the Emergency Ordinance.

The Agong does not want to exercise his power, for now, because he wanted to provide a way for Mahiaddin to save face, as well as to avoid any Constitutional Crisis in the event the prime minister shamelessly, despicably and arrogantly challenges the monarch. From the royal press statements issued on June 16, it’s obvious that all the nine Sultans had thrown Mahiaddin under the bus.

In the same breath, the monarchy also needs to save face after the latest royal decree on June 16. The game is not over. While the royalties had cleverly distanced themselves from the toxic regime, people are watching what the referee will do next to a stubborn player who ignores the red card flashed. If Mahiaddin can push all the nine powerful Malay Rulers around, others would do the same too. 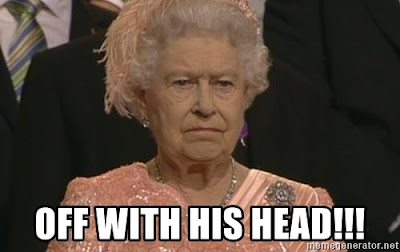