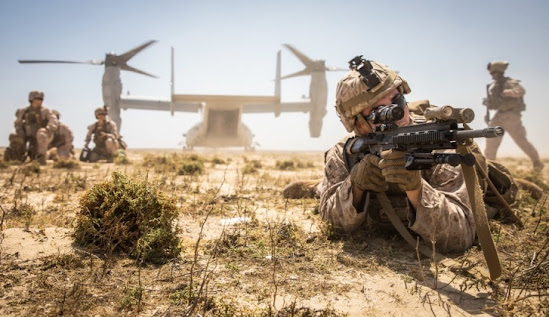 As the Joe Biden administration makes countering China its primary foreign policy priority, it has drastically increased military activities in the East and South China Seas and escalated efforts to great a power bloc to maintain American hegemony in the region. Chief of the Main Directorate of the Russian General Staff (GRU) military intelligence agency, Igor Kostyukov, reported that the United States has created a 400,000 strong force for the Asia-Pacific to target China.
Speaking in Moscow at a conference on international security on June 23, Kostyukov said Washington was demonstrating that it is was not ready to engage in equal dialogue, and sought to pull India into a NATO-style alliance to dominate the region and isolate Russia and China. He stated to this effect: "The United States, obsessed with the goal of global domination, is demonstrating its unwillingness to engage in equal dialogue. US doctrinal documents enshrine the methods for building relations with other countries from a position of strength.” According to Kostyukov, the Pentagon plans to create a task force in the Pacific specifically aimed at containing China in south and east Asia by 2024, and will set up two brigades for cyber operations by 2028. Hypersonic missiles will also be deployed to the region by that time.
China became the world’s largest economy in 2017, and has been the primary focus of American military attentions since 2010 when the Barak Obama administration launched the ‘Pivot to Asia’ initiative. China has notably outspent the U.S. in new military acquisitions from 2020, and its defence sector is able to provide new armaments at a small fraction of the cost in part due to its far larger industrial base.
China’s J-20 stealth fighter, for example, has a research of development cost before entering service of just $4.5 billion - while its lighter America rival the F-35 which has similar technological features cost approximately $55 billion to develop. This discrepancy has forced the U.S. to rely on building coalitions to try to maintain a balance of power in the region that favours American and Western interests.
The majority of countries in the region, however, attribute much more importance to their trading relations with China than with the U.S., and have been reluctant to enter into an anti-Chinese partnership despite considerable Western pressure. Others such as Cambodia, North Korea and Russia are much more likely to align against the U.S. if forced to choose.
Posted by KTemoc at 12:42 pm