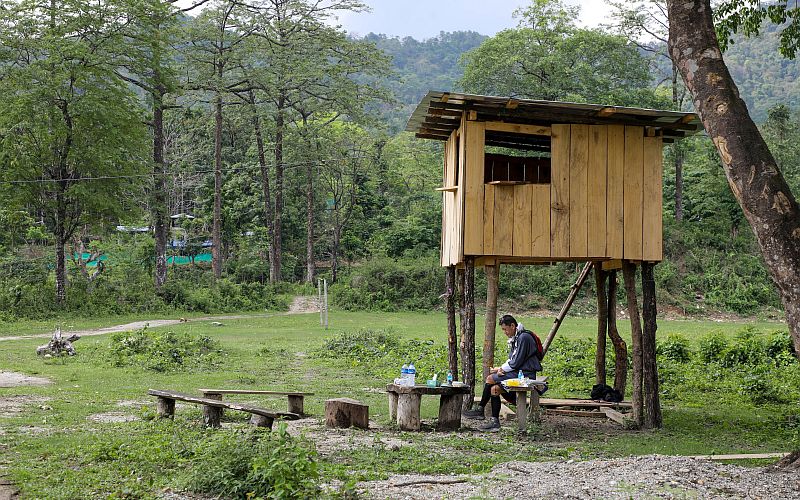 KATHMANDU: Wearing a baseball cap and knee-length traditional Gho robe, carrying a backpack, Bhutan’s king has walked through jungles infested with leeches and snakes, trekked mountains and quarantined several times in a hotel in the capital.

For 14 months, King Jigme Khesar Namgyel Wangchuck, has been travelling by foot, car and horse to remote hamlets to oversee measures to protect his tiny kingdom of 700,000 from the coronavirus outbreak that has flared up in neighbouring India.

The impact of the 41-year-old king’s excursions is evident in a Covid-19 death toll of just one for the nation nestled between India and China in the Eastern Himalayas.

“When the king travels for miles and knocks… to alert people about the pandemic, then his humble words are respected and taken very seriously,” said Lotay Tshering, the country’s prime minister.

“His Majesty’s presence is far more powerful than just issuing public guidelines,” Tshering told Reuters. His presence assures people they are not alone in their fight against the pandemic, the prime minister said.

Tshering, a practising urologist, often accompanies the Oxford-educated king for trips near the porous border shared with India, where a second wave of the pandemic more than doubled the death toll over the last two months.

Bhutan became a constitutional monarchy in 2008 when the king relinquished his absolute powers. But loyalty to the royal family still dominates the nation’s socio-political landscape.

In recent weeks, the king walked for five days on a trail passing through elevations of up to 4,343m to thank primary health workers in remote areas.


The king’s office declined a request for an interview but his social media pages on Instagram and Facebook showcase his work and travels during the pandemic.

“Our king’s biggest fear is that if the pandemic spreads like a forest fire then our (nation) could be wiped out,” said a senior palace official.

A father of two boys, after every trip the king checks into a hotel in capital Thimphu to follow quarantine protocols. Like most of his subjects, he has received one vaccination dose.

“(The king) has been to all high-risk border areas time and again to monitor every measure put in place and to ensure best practices are followed within limited resources,” said Rui Paulo de Jesus, the World Health Organization representative in Bhutan.

Bhutan, an ancient kingdom sealed off to foreigners until the 1970s, has just one doctor available for every 2,000 people.

The borders of the scenic nation are now shut again and domestic lockdowns have been imposed in some areas, while screening and testing for Covid-19 have been stepped up.

Prime Minister Tshering has said Bhutan is looking to mix-and-match vaccine doses because after inoculating 90% of its eligible population with their first dose of the AstraZeneca shot, the nation ran out of supplies.

The deadline to administer the second dose after a gap of 12 weeks is this month, and the government is seeking other supplies to deal with the shortage.
*********
kt notes:
Bhutan is just the ideal candidate for a generous donation of 1-million-dosage of AstraZeneca anti-Covid vaccine from Japan who has, as Reuters reported, just gifted 6 million such dosages of AstraZeneca to Taiwan and SE Asia:
Japan is drawing on 120 million doses of the AstraZeneca vaccine it has reserved, as it has no immediate plans to use the shots at home amid lingering concern over international reports of blood clots.
120 million minus 6 million means Japan still has 114 million dosages left, more than enough to flood the Himalayan Kingdom of Bhutan ...
... but alas, WTF can teeny weeny puny Bhutan do for Japan (and the USA) in its (their) Cold War fight against China when it lies helplessly next to China?
Sigh ...
Sorry your Majesty King Jigme Khesar Namgyel Wangchuck, there ain't no free Japanese bento-box. 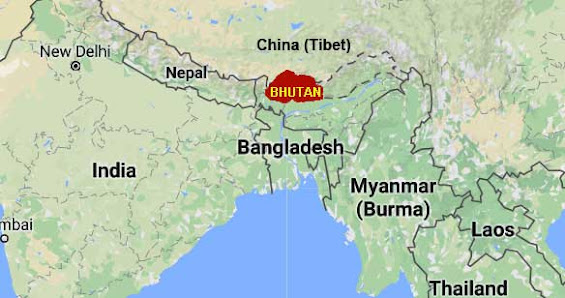 Japan donating 1 million doses of AstraZeneca Covid-19 vaccine to Malaysia, but there ain't no free bento-box
Posted by KTemoc at 7:07 pm