Jewish Hate-Crimes against Churches and Mosques covered up by Israeli police?

Israel Closed Nine Out of 10 Probes of Hate Crimes in Churches, Mosques in Last Two Years

In the years 2018-2020, at least 10 mosques and churches were vandalized, both in the West Bank and within Israel 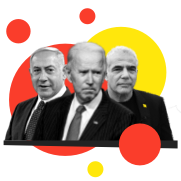 A wall spray-painted with anti-Palestinian graffiti in Hebrew that read, "a siege on the Arabs, not on the Jews, the land of Israel is for Israelis," at a mosque in el-Bireh, near Ramallah in 2020.
Credit: Nasser Nasser / AP
Hagar Shezaf

Police closed nine out of 10 investigations into hate crimes cases in mosques and churches between 2018 and 2020 on the grounds of being unable to identify the perpetrators.

The tenth case is awaiting a decision by the State Prosecutor’s Office.

Between 2018 and 2020, at least 10 mosques and churches were vandalized, both in the West Bank and within Israel. Among the incidents that took place inside Israel were the destruction of the Beit Jamal Monastery's cemetery near Beit Shemesh, and graffiti on a mosque in Jish, along with the slashing of tires of dozens of cars.

Among the cases of vandalization of religious buildings in the West Bank, the human rights group Yesh Din litigated three of those that were closed. One of them is a 2019 case of the destruction of a mosque in the village of Deir Dibwan, in which “Am Yisrael Chai” –or "the people of Israel live," a phrase often used as a rallying cry for Israeli nationalists – was spray-painted on the mosque. Only about two months after the incident, the case was closed on the grounds that police were unable to identify the perpetrators.

Another case that was closed involves graffiti on a mosque and vandalization of vehicles in Kfar Malik in 2019. A case involving setting fire to a mosque door and spray-painting graffiti at a mosque in the village of Aqraba in 2018 was closed in June 2020. The perpetrators were recorded on security cameras.

Over the years, the police have consistently failed to crack cases linked to the so-called “price tag” phenomenon, consisting of anti-Arab hate crimes perpetrated by Jewish extremists often seeking to avenge the evacuation of West Bank settlements.


According to data provided by the Yesh Din organization, which only covers cases in the West Bank under the jurisdiction of the Judea and Samaria district, 82 percent of such cases that were opened from 2005 to 2019 were closed. Sixty-four percent of the cases in which the police provided information to the organization were closed because they could not identify the perpetrator.

After the petition was filed, the police provided the information without linking it to a specific investigation file, even though all the cases in question are cases of public interest that have been reported in the media. This week, District Court Judge Anat Singer decided not to compel the police to disclose details of the only remaining open case which still awaits a decision by the State Prosecutor’s Office.
Posted by KTemoc at 4:34 pm