There is precedence on no 28-day notice for Parliament, says Kit Siang 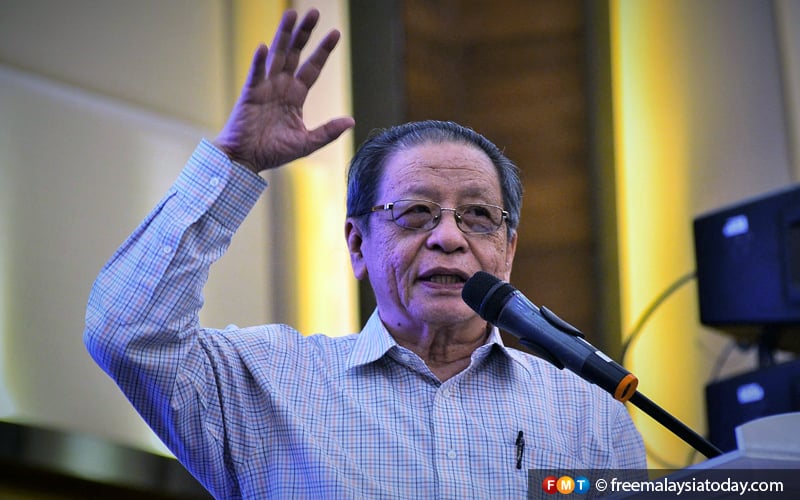 Lim Kit Siang says the magnitude and enormity of the Covid-19 pandemic even surpasses the two previous occasions when Parliament had a sitting without observing the 28-day notice.

PETALING JAYA: DAP veteran Lim Kit Siang has debunked the 28-day notice period requirement for Parliament to sit, citing two examples in which this was not applied.

In a statement today, the Iskandar Puteri MP said that the 28-day notice normally required for the convening of Parliament could be dispensed with under Standing Orders 9(2)(a) and 11(2).

“I can still remember the urgent Parliamentary meeting in January 1979 when MPs were given two days’ notice as a result of the Privy Council decision in London on the Teh Cheng Poh case.

“Also, in July 2014, MPs were given three days’ notice to convene a special meeting of the Dewan Rakyat for one day over the tragic downing of Malaysia Airlines flight MH17 (in Ukraine),” he said.

He added that both these incidents for which Parliament had an emergency sitting were no comparison to the magnitude and enormity of the Covid-19 pandemic, which has caused more Covid-19 cases and fatalities than China.

“Not to mention, the devastation of the Malaysian economy and society in the past 18 months with no end in sight.

Lim warned that at the present rate of Covid-19 cases and fatalities being reported daily, by August 1, Malaysia could join the 28 nations which have a cumulative total of more than a million Covid-19 cases and a death toll exceeding 6,000.

He also called for a “Win the War Against Covid-19 Pandemic” (Wacop) coalition government to save the country from the devastation in lives, economic losses and societal damages caused by the pandemic.

He said this was necessary based on the warning by a medical expert recently of “an impending, massive fifth wave, that may be so big as to make the current one look pale in contrast”.

He added that Prime Minister Muhyiddin Yassin should overcome his “Parliamentitis” – his fear and obsession about not convening Parliament – and convene Parliament before August 1.
Posted by KTemoc at 12:42 pm