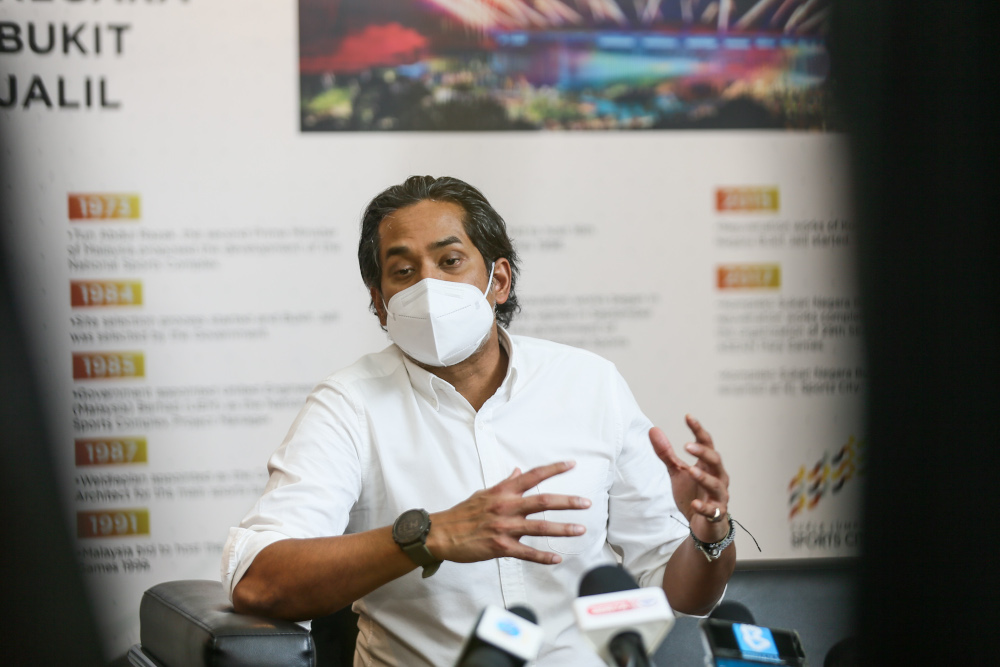 Minister of Science Technology and Innovation Khairy Jamaluddin speaks to the media at the Covid-19 vaccination centre in Bukit Jalil June 21, 2021. — Picture by Ahmad Zamzahuri

Khairy spoke off the cuff at the launch of the World Bank Malaysia’s Economic Monitor report this morning to tell the global institution that it bore some responsibility to ensure poorer and developing countries had equal access to Covid-19 vaccines.

Khairy also said the Covid-19 Vaccines Global Access (Covax) programme, set up to ensure the people in poorer countries were not left behind in efforts to inoculate them against the coronavirus, has been “an abysmal failure.”

“We set up Covax in global solidarity, as a mechanism to ensure vaccine equity but that has been an abysmal failure,” the minister said.

“And I think the World Bank owes it to developing countries to be a strong voice for vaccine equity at the global stage, to remind the rich advanced countries that what has taken place over the last few months fell short of being respectable and responsible,” he added.

The criticism echoed concerns raised by public health advocates from around the world, and the warning that failure to address vaccine inequity could widen the north-south divide and threaten political stability.

Countries like the US and United Kingdom have bought enough vaccines to inoculate their citizens three to five times over, they noted, while highlighting how middle-income countries like Malaysia are struggling to get sufficient supply.

Khairy, when delivering his keynote address at the World Bank event this morning, raised the same criticism again.

“Many vaccine factories are also located in Europe. So they are able to hoard much earlier,” the minister said.

“Meanwhile countries in Asia, including Japan which is a very developed nation, are well behind in their vaccination rate compared to Europe, the US, Canada and the UK.”

Khairy, currently the minister overseeing the NIP, has pledged to ramp up the vaccination rate to about 250,000 doses daily by the end of June amid mounting criticism that the programme is moving too slowly.
Posted by KTemoc at 12:37 pm