Starting young, at only 3, on online orders, for 100 bowls of noodles 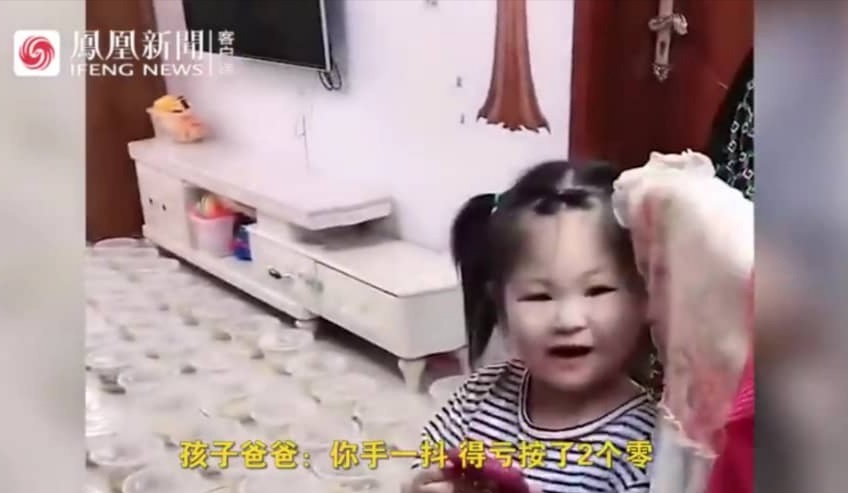 The three-year-old accidentally ordered 100 bowls of noodles after she pressed the zero button twice. — Screen capture via YouTube

Sohu.com reported that the girl’s father had initially thought she won the noodles from ordering at the platform but a check on his phone revealed that his daughter had accidentally pressed the number zero twice.

When asked why she ordered so many bowls, the girl sheepishly answered she was hungry.

It took at least seven trips for the delivery man to send the noodles to the man’s house located on the 13th floor.

The man, who uploaded a recording of his house filled with noodle bowls that has since gone viral, said it was lucky his daughter only ordered 100 bowls.

“If she had pressed the zero button four times, the house would not be able to fill it,” he said in the clip.
The man kept eight bowls to be shared among the family members while the rest was distributed to cleaning workers in the area.
Posted by KTemoc at 3:10 pm