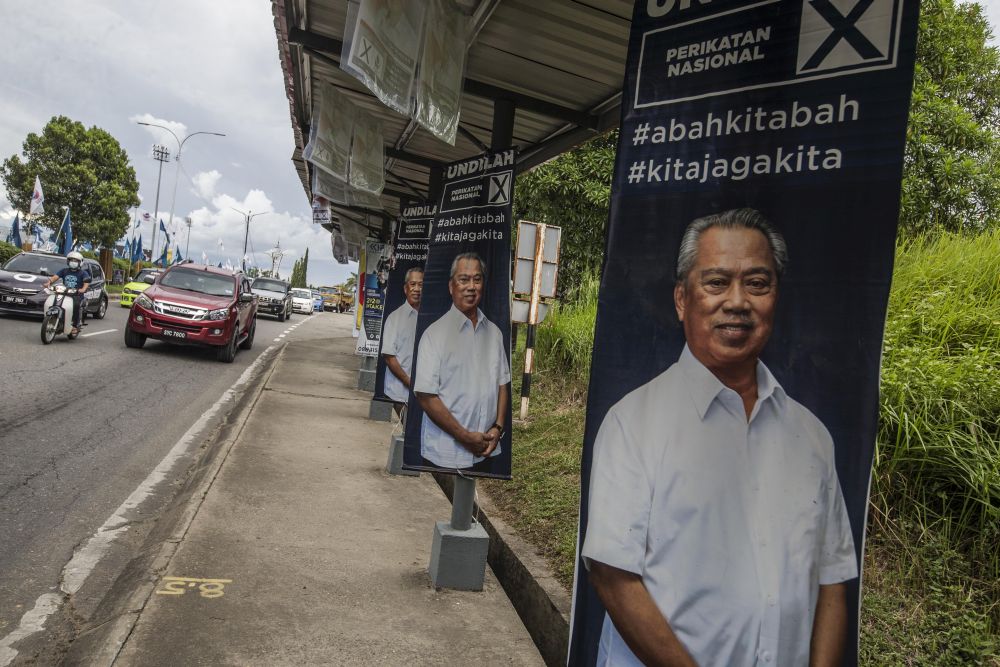 Bersatu and Perikatan Nasional have been ordered to distribute election materials to all divisions, said Osman. — Picture by Firdaus Latif

In revealing the matter, Osman said a general election may be called in the month of November or December, after Budget 2022 is tabled at the federal level.

He added that Muhyiddin, who is the Bersatu president, had indicated as such during a virtual meeting with Johor Bersatu on June 16.

“If the 2022 Budget has been approved and it is announced at the federal level, we have to see other states as well. If there is no announcement, we have to wait for the other states first,” Osman was quoted as saying in the report.

“There is a huge probability that GE15 will be held at the end of the year, whether in November or December. Nothing is impossible because the previous general election was held after the Budget was announced.

However, Osman added that it is possible that GE15 could be held early next year due to the monsoon season, especially in east coast states.

“GE15 will be held if Covid-19 cases show a decline as what is targeted by the government, other than achieving herd immunity by vaccinating 60 to 80 per cent of the population,” he said.

Osman, who is also the Kempas assemblyman, said the Johor Bersatu meeting touched on various issues, including aid to the people and ways to curb the spread of Covid-19.

Other than that, Bersatu and Perikatan Nasional have also been ordered to distribute election materials to all divisions, said Osman.

“The party is ready to face a general election at any time. The preparations mean that we will be able to intensify our efforts further and work to rectify our weaknesses.

“Preparations from the election room to basic training where new division leaders are given seminars,” he said.
Posted by KTemoc at 2:13 pm