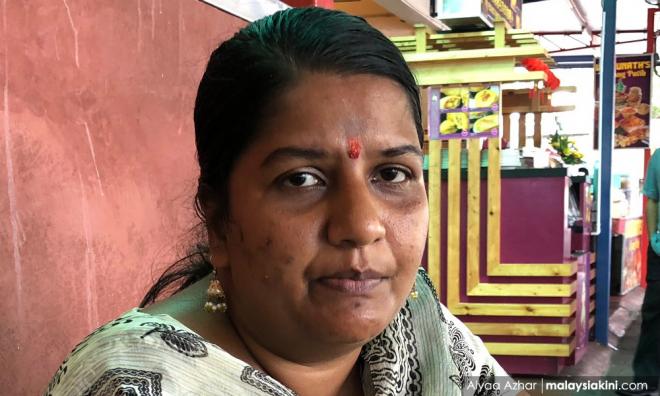 The govt continues to keep Indira Gandhi from her child

“I personally thought that the judgment was my greatest gift to the Malaysian public in terms of the jurisprudence related to constitutional law, oath of office and the role of the four pillars of the Federal Constitution.”

- Court of Appeal Judge Hamid Sultan Abu Backer
COMMENT | Make no mistake. If the Malaysian government wanted to rescue a kidnapped person and return the victim to her family, they could do it. More than a decade ago, a child was kidnapped and the state security apparatus was busy ignoring a court order to return the child.

This, we were told, was to be expected under the Umno/BN regime. When Pakatan Harapan came to power, it was worse. Why, you ask? The answer is simple, Harapan political operatives used Indira Gandhi when it suited them, made all sorts of promises and when they finally had the power to do something, they washed their hands of her.

So, Indira, who for years was toiling against a system designed to marginalise people like her, not only lost her best hope of reuniting with her daughter but Harapan demonstrated that it had no problem using people for political purposes – which is expected from politicians – but saw no need to fulfill their promises.

Also, keep in mind that the state security apparatus knows where Indira’s child and her kidnapper are. We know this because former inspector-general of police (IGP) Abdul Hamid Bador confirmed that he was in talks with the kidnapper and was hoping for a win-win situation.

Hamid claimed that he was trying to convince the kidnapper “that everything must be done in accordance with the court ruling, and he must not be selfish for the sake of the child’s future.” But what do you think the kidnapper thinks about this plea? So here we have a government negotiating with a criminal while the victim (Indira) gets no such consideration from the government.

Muhammad Riduan Abdullah (the kidnapper) has successfully, with the aid of god knows who, evaded the police for years, outfoxed four IGPs, made the state security apparatus look like bungling, insipid keystone cops and of course, he had to deal with one IGP who thinks that he is some sort of marriage counsellor. All this is a matter of public record.

He even outlasted a change in government which no doubt shows him that he is beyond the reach of any government. Of course, Riduan did not act alone. Does anyone seriously think that a criminal like Riduan could evade capture from a security apparatus who, despite what some folks think, is extremely effective when they choose to be?

So yes, two governments of Malaysia have sided with a kidnapper and thrown Indira to the curb. No matter what she says or does, the government of Malaysia will not return a kidnapped child to her mother. Of course, she is no longer a “child” in the legal definition, but this does not make it any better. Indira Gandhi with a poster of her ex-husband, Muhammad Riduan Abdullah

And let me tell you something. The government has much to be worried about. Does anyone really think that this kidnapper could have done all of this on his own? What people fail to understand is that the religious bureaucracy is a system of its own, with tributaries that riddle the country.

It would not surprise me if there are enablers, who are average citizens, conspiring to keep this child within the religion. I do not think these people consider Riduan as some sort of religious martyr, but rather they believe that Indira’s daughter belongs to them and their faith. It pains me to say this, but Indira’s daughter probably has been indoctrinated to believe the narrative of her captor instead of her mother.

Therein lies the rub. The Indira case and the resolution of which would expose the underbelly of the religious bureaucracy in this country. The fact that the police have made comments that go against their duty and legal obligations should tell you of the kind of swamp we are dealing with.

The fact that unilateral conversion is such a potent talking point for extremists in this country should tell you how important it is for Indira to remain a symbol that the religion of the state trumps any kind of judicial ruling and that the police would act for the benefit of the perpetrators instead of the victims.

Prasana Diksa is now a young adult and sooner or later, depending on her circumstances, she will either attempt to contact her mother (if she has not done so already) or issue a public statement resolving this matter once and for all.

In the meantime, the Malaysian government will do nothing for Indira. While extremists believe that she is a symbol of their power and influence, she is a more potent symbol of the fight against the systemic inequalities of the system.

This is cold comfort, of course.