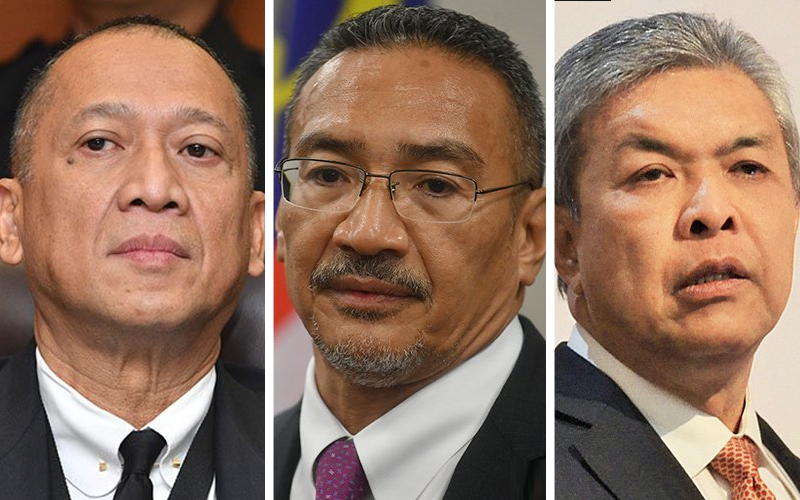 (From left) Nazri Aziz’s strategy to get Hishammuddin Hussein to replace Ahmad Zahid Hamidi as Umno chief is weak, says an analyst.

Azmi Hassan, formerly of Universiti Teknologi Malaysia, called it a weak strategy saying the Padang Rengas MP should know that Hishammuddin did not enjoy much ground support.

“Nazri’s strategy is weak,” he told FMT. “Hishammuddin does not have ground support. He may end up making Zahid stronger with more ground support from Umno.”

He said most Umno divisions, even now, were supportive of Zahid, as shown by their rejection of an election pact with Bersatu. Of 191 Umno divisions, 143 rejected the pact. 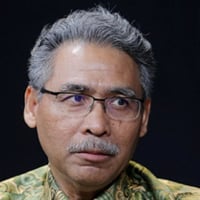 Azmi claimed to know that many Umno members were critical of the way Hishammuddin handled the recent Chinese intrusion into Malaysian airspace.

“Many feel he could have handled it better,” he said.

He also said it would be Umno deputy president Mohamad Hasan who would replace Zahid if the president were to resign before party elections were called.

Nazri, in a recent interview with Sinar Harian, admitted that he was the mastermind behind a move to obtain signatures from Barisan Nasional MPs for a statutory declaration to reject Zahid as their spokesman in favour of Hishammuddin, whose nickname is H2O.

Another analyst, Awang Azman Pawi of Universiti Malaya, said Hishammuddin was still seen as someone close to Bersatu.

“Umno members may not be comfortable with this,” he added. 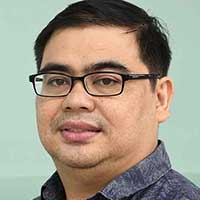 FMT spoke to several Umno and Bersatu insiders and one said there had been a move to weaken Zahid after some Cabinet members from the two parties got hold of a list showing statutory declarations signed by MPs from Umno, PKR and other parties.

“It showed most MPs were not in support of the PN administration,” he said. “But after the list was leaked, operatives representing the present ministers spoke to these MPs and persuaded them to throw their support behind Muhyiddin Yassin.”

An Umno insider who is close to Perikatan Nasional said MPs from his party who were not backing Zahid were in the majority and it was now impossible for him to sack them. “So the only choice Zahid has is to resign.”

Another Umno source close to PN said some figures in the party were proposing Hishammuddin’s candidacy for prime minister.

‘Those who act on their own will not survive’

He said in a Facebook post that Nazri had acknowledged that he was the mastermind behind the move to obtain the SDs to support Hishammuddin which could be produced if they were called for an audience with the King.

“Nazri has admitted, but Hishamuddin remains silent. It can be concluded that Nazri’s claim is true”, he said.

Puad said a dispute between Umno leaders would not “bury” the party.

He said those who negotiate on their own to survive politically would not last long in the party.
Posted by KTemoc at 10:31 am